"With the launch of Scaleup Edmonton, we are committed to Edmonton's successful coach program for high-growth companies, where we match growing companies with appropriate expertise to reach new company milestones. Accelerate Edmonton will support local and global accelerators with an Edmonton footprint, deploying the new $5 million in city funding announced back in spring 2021."

Warren added that with the organization's new hires, it now has the strength to deliver a "harmonized suite of programs, create economies of scale, and support one-stop shopping for Edmonton's entrepreneurs and business leaders." 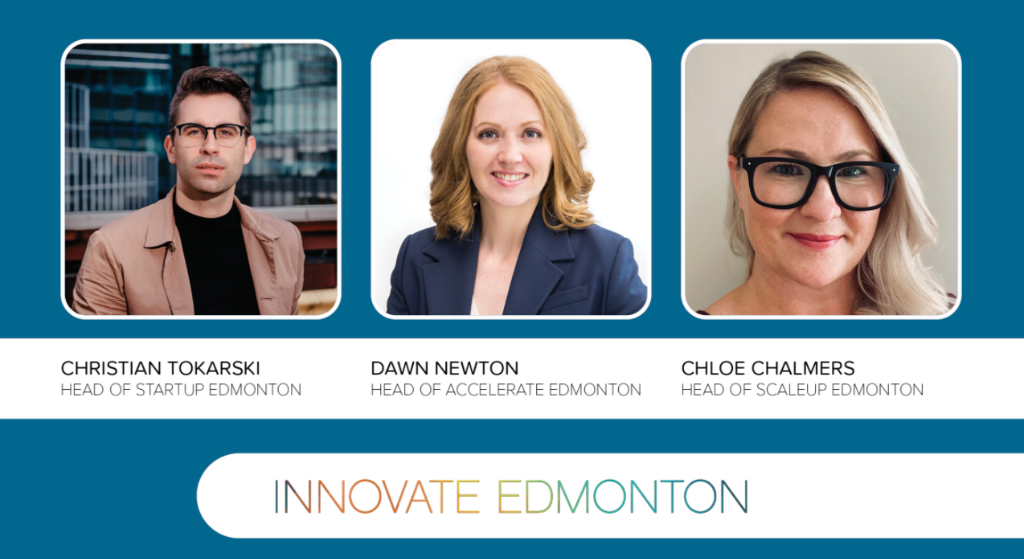 The three divisions will work with the people, companies, and organizations involved in the innovation process in Edmonton. (Innovate Edmonton)

Warren encouraged entrepreneurs to consider the Foundations and Preflight programs offered by Startup Edmonton, as well as look into the coaching offered to companies who have experienced some traction and growth.

"Innovation happens at every stage of corporate development from ideation to commercialization and from pilot to pivot, and we recognize that we need to deliver end-to-end supports. These new program teams do just that," she said.

Warren told Taproot that Innovate Edmonton has served 573 companies and founders since January 2021. It has also acquired a pool of more than 100 business coaches and signed 26 of those coaches, is mapping the local innovation ecosystem through projects like the EDGI and Start Alberta partnerships, and secured additional program dollars to directly support local businesses through the Edmonton Regional Innovation Network.