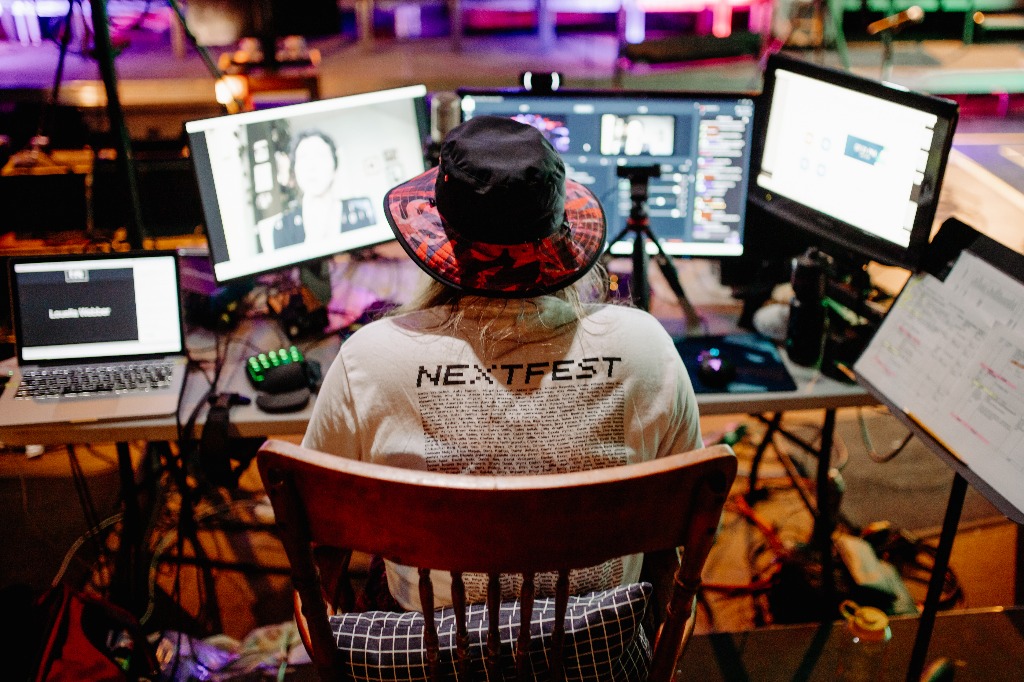 Ellen Chorley glances up to do some imaginary math, calculating the years she's been involved with Nextfest. Her first was in 2001, while she was a high school student. Fast forward the time spent performing at the legendary Nextfest Niteclubs, seeing her plays produced as a playwright, then as curator of high school programming in 2012, and finally, taking the helm as festival director in 2016 — it adds up to a 20-year stint with Edmonton's emerging artist machine.

Each year Nextfest churns out works by hundreds of young artists in its programming, the proof being the city's vast array of professional artists who confess they got their start (and, often, their first paycheque for creative work) at the annual fest since its inception in 1996.

"You grow with the festival," Chorley told Taproot. "I'm so privileged to have had that. And I would say that the learning doesn't stop; I have learned how to be an artistic director and what that means in a very meaningful way. Really, it's made me a better artist and administrator."

This year's event is its second virtual edition, running June 3-13, also with on-the-ground visual art displays in spaces throughout the city, including the Lowlands Project Space and window displays at the Whyte Avenue Army & Navy. Nightly streams of performance sets hosted by Dill Prusko will go live at 6pm MT through the run, and an on-demand channel is also available for those who can't get in front of their computer for live viewings.

"There will be theatre, workshop readings, music, dance, film, spoken word poetry, comedy, all sorts of different types of art forms. Everything is pretty much represented. The whole night is sort of like a cabaret. It feels like you're going to a variety show," Chorley says. There's also a six-episode nature podcast, Would You Wander, which encourages listeners to go on safe strolls through different areas of the city. 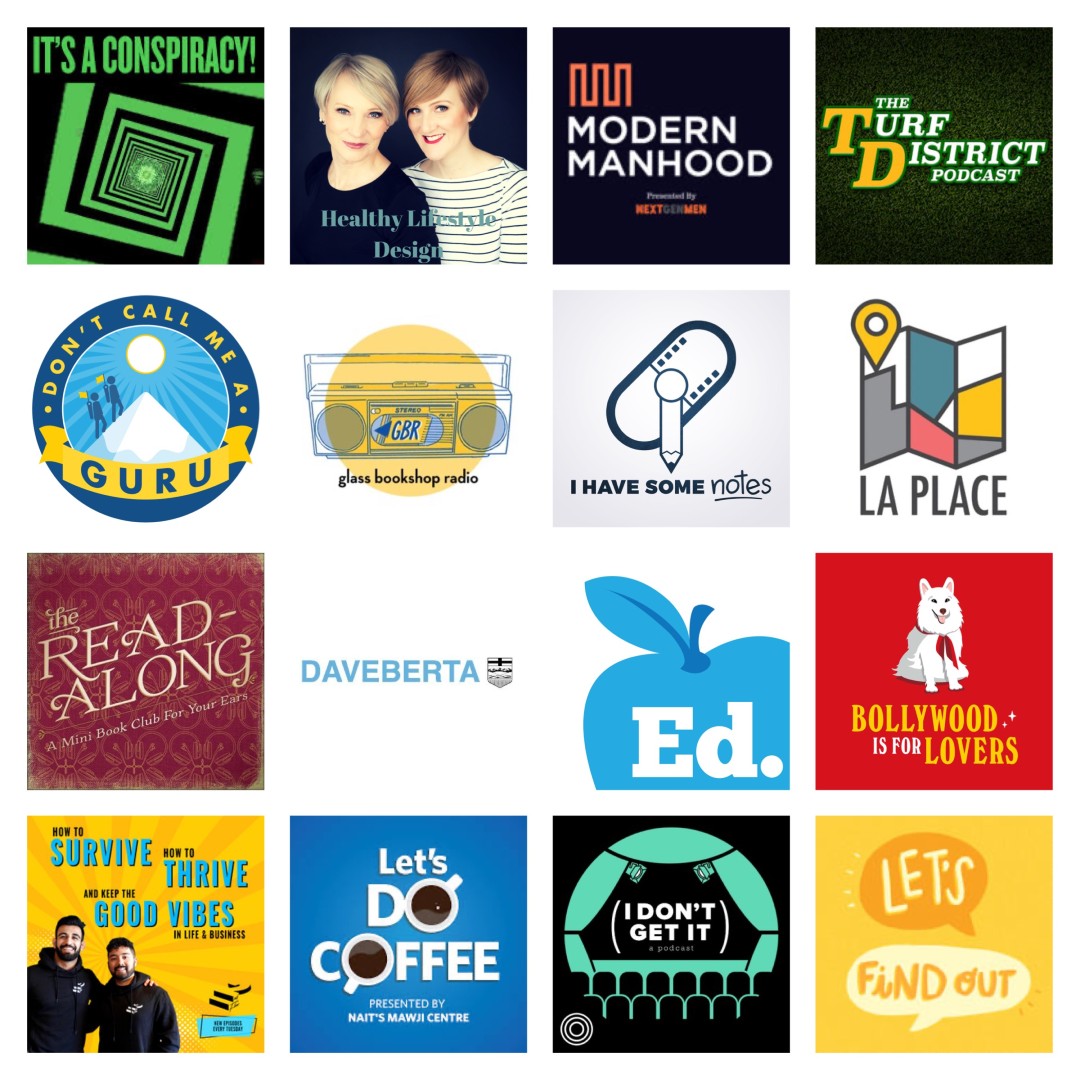 Listen to voices from Edmonton

The Alberta Podcast Network includes many fascinating and award-winning shows made right here in our city. Find your new favourite at albertapodcastnetwork.com.

Every week in the lead up to Edmonton's municipal election on Oct. 18, 2021, we're rounding up the news and announcements you need to know to stay informed.

A list of the candidates who have announced they are running in the Edmonton municipal election is available here.

What key issue do you want the candidates to be talking about as they compete for your votes? Add your voice to the People's Agenda. 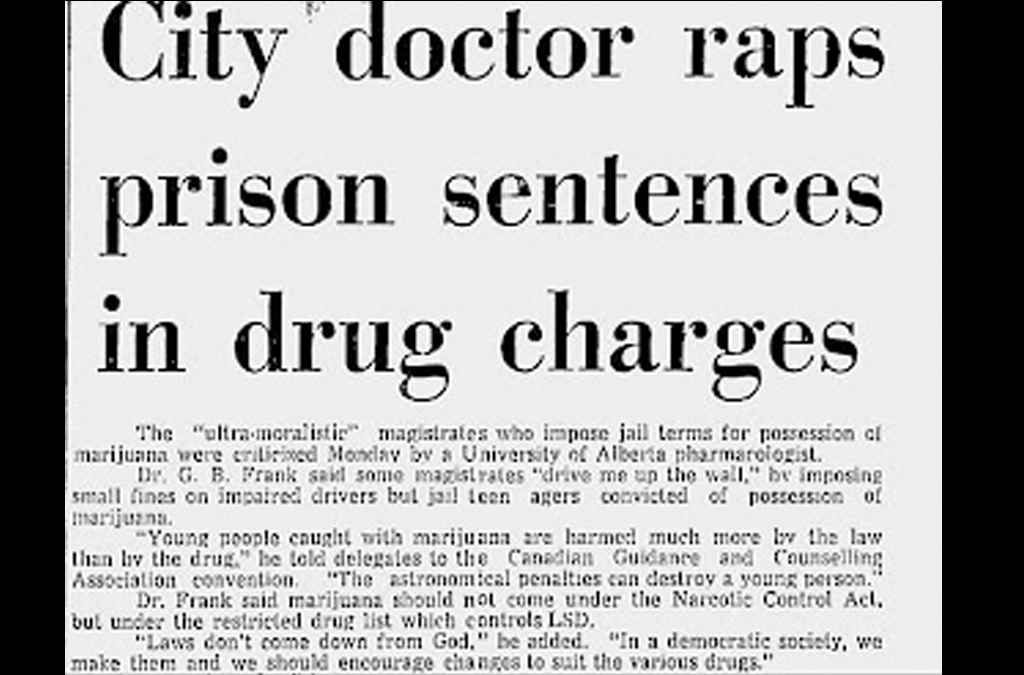 On this day in 1969, an Edmonton pharmacologist was calling on the province to change how it dealt with drug users.

The University of Alberta's George B. Frank told a counselling convention that young people "are much more harmed by the law than the drug." Frank's comments came when concern over cannabis use was at its height — while it had been in use in Canada for decades, its popularity exploded in the 1960s, primarily among teens and young adults.

The government's response was to use the courts to try and curb cannabis use. In 1961, the Narcotics Control Act instituted new, harsher penalties for drug crimes. At the beginning of the 1960s, cannabis cases across Canada were in the dozens. In 1972, there were more than 12,000 cannabis-related convictions.

Dr. Frank's frustrations were shared by a growing chorus who pushed for lesser penalties, or even legalization, as time went on. The late 1970s saw a series of public demonstrations at the Alberta Legislature on July 1, with thousands calling for legalization, according to the Edmonton Journal.

Legalization would come, almost 40 years later, with Bills C-45 and C-46 in 2018. Alberta quickly became a hot spot for both cannabis producers and consumers — in 2019, CBC reported it was Canada's top market with sales of almost $125 million.

While the cannabis question might be settled, the larger debate on how to handle drug use in Alberta still remains fiercely contested. The province is in the grips of an opioid crisis which saw a record 1,144 deaths last year alone.

Many have called for opioid addiction to be treated as a public health issue rather than a criminal one, arguing that harsh criminal penalties do more harm than good — echoing Dr. Frank's comments from 40 years earlier. However, the provincial government has opposed measures like safe injection sites, citing social disorder around the facilities as reason to cut funding and close several down. The approach has drawn criticism from leadership in some of the cities hardest hit by overdose deaths. Earlier this month, Edmonton Mayor Don Iveson said much of the responsibility for recent overdose deaths lays "squarely at the feet of the government of Alberta."