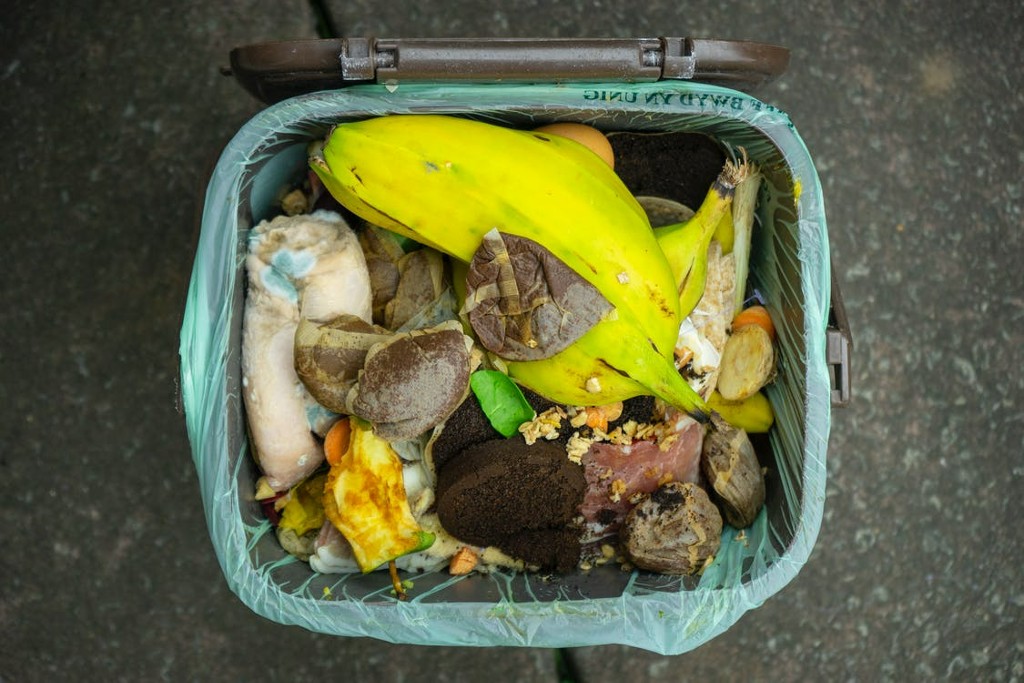 Wasted food is a climate issue — what can be done to decrease it?

Edmonton's green bin program was started in 2021 to divert tonnes of garbage associated with food from the landfill. But the very act of having people separate organics from their trash may also be an oblique public awareness campaign about the prevalence of food waste, says the director of sustainable waste processing for the city.

"Residents are handling their waste in different ways than they had in the past. As soon as I had to take the kitchen catcher to the green cart, and recognized how often I was doing that, I became aware of how much waste I was creating," Neil Kjelland observed in an interview with Taproot. "And I think in a lot of ways residents are finding that. We're getting a lot of feedback that they weren't aware of how much organic waste they were creating. The hope is that once people have that recognition, they'll maybe make some decisions or steps to avoid doing that."

In the lead-up to the introduction of the green bins, a waste audit indicated that participating households produced an average of 2.6 kilograms of garbage related to food per week. Avoidable food waste made up 16% to 24% of total sorted garbage in the 2018 study.

While the green bins were being rolled out last year, an estimated 35,000 tonnes of food scrap waste was collected, Kjelland said. This year, the city is hoping to increase that to 60,000 tonnes. Composting reduces the environmental footprint of this food waste, but more impact would come from keeping food out of the garbage in the first place.

Globally, food waste accounts for 8% of all carbon emissions – a footprint that includes the greenhouse gases produced by food decomposing in the landfill and the energy consumed in farming, harvesting, processing, and packaging that is lost when food is thrown out.

The city's sustainable waste strategy doesn't encompass restaurants, businesses, and other distributors – for whom there are few systems in place to prevent unnecessarily tossing food, said Farrah So, a graduate research assistant at the University of Alberta who is studying food waste. "In Alberta, from what I know, it's still pretty inexpensive to send organic materials to landfill; those dumping fees aren't as high as other places in the country," she said.

Metro Vancouver introduced a ban on organics entering the waste stream in 2015, a policy that includes fines for businesses and retailers if their garbage contains excessive amounts of organic matter. Penalties like these could be an effective discouragement, both So and Kjelland agreed, but they are only one possible solution.

"I also think that there needs to be more options and cost-effective options for businesses to divert their food waste away from landfill before a system like that was put in place," So added.

One such cost-effective method, So suggested, would be funding or otherwise encouraging organizations like Too Good to Go, Leftovers, and Loop. These organizations all work to rescue food by connecting retailers and restaurants with consumers, community groups, or farmers who will use it. 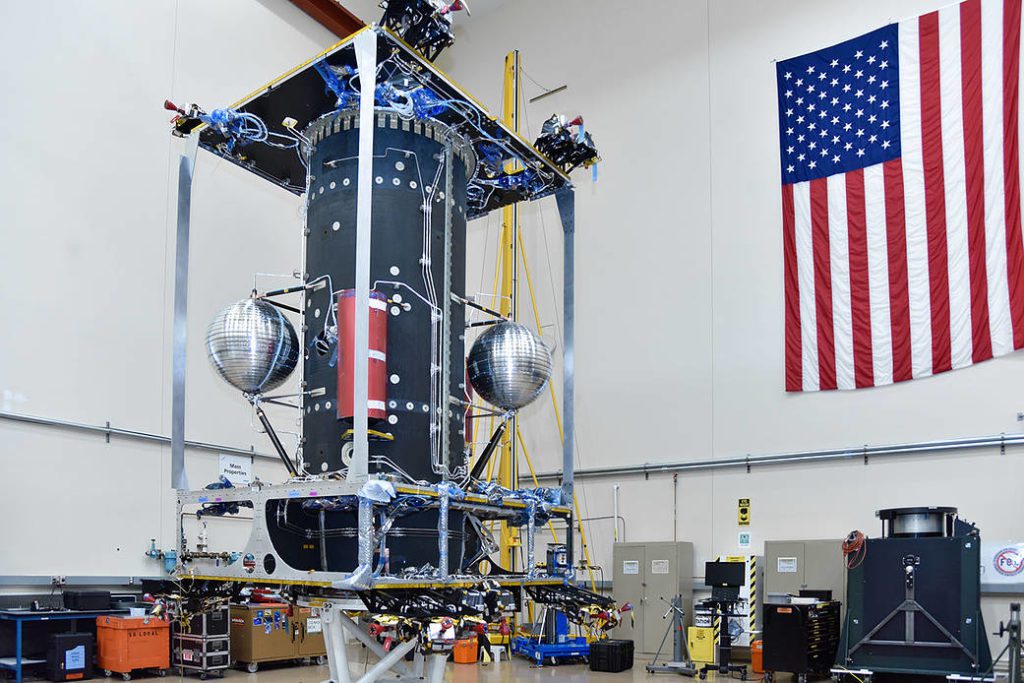 G2V Optics has sent solar simulators to NASA to help test a spacecraft that aims to solve Earth's growing space-junk problem. It's the latest success in the Edmonton-based company's evolution toward using its "Engineered Sunlight" technology to help aerospace organizations know what to expect from the sun once they get their devices into orbit.

"It's a huge project, and ... a fantastic feather in the cap of everybody in our team who worked on it," G2V Optics CEO Ryan Tucker told Taproot. "And I think an awesome thing for Edmonton and our technology."

G2V Optics has received US$822,100 in contracts from NASA since 2021. This project, the culmination of a two-year procurement process, is for the testing of OSAM-1, a spacecraft that is scheduled to be launched in 2026 to service Landsat 7, a satellite that is past its prime. If OSAM-1 can successfully dock with Landsat 7 and refuel it, then NASA will be a step closer to increasing the life expectancy of satellites, even those that were not designed to be serviced in orbit, and decrease the number of out-of-commission craft at risk of smashing into each other around our planet.

This is not the first foray into the space business for G2V Optics. In addition to a previous contract with NASA laboratories, the company has been working with the Centre nationale d'études spatiales (CNES) in France to enable the testing of technology involved in the 2024 Martian Moons eXploration (MMX) mission, in which a rover will land on Phobos and fly by Deimos.

"We don't put anything into space. But we're creating all the photons to make sure that everything works when they send it there," Tucker said, noting that it's fun to have a preview of the space research going on. "We kind of get to peek behind the curtain of these really interesting and exciting space exploration missions before they become public."

Space is not where G2V Optics started when it was founded in 2015. After founder and CTO Michael Taschuk first developed the company's light-emitting diode technology at the National Institute for Nanotechnology at the University of Alberta, its first applications tended to be in food production, specifically to maximize the efficacy of vertical farming.

"From a technical perspective, (we) did remarkable things," Tucker said. "We were able to grow 30% more biomass with the same amount of energy and improve what was possible by using the complexity of our technology. But we realized that we were too early for that market ... it's such a nascent industry that's dealing with its own challenges around scaling."

At the same time, solar cell researchers and aerospace companies were ready for what G2V makes.

"We all of a sudden started working in this sector, with this more complex requirement, that was a perfect fit for what we had developed," Tucker said. "That's the traction that you're looking for, right? Your job as a startup is to find that fit. And it wasn't exactly where we thought it was. But we were, I like to think, smart enough to listen to it and to chase it when we found it." 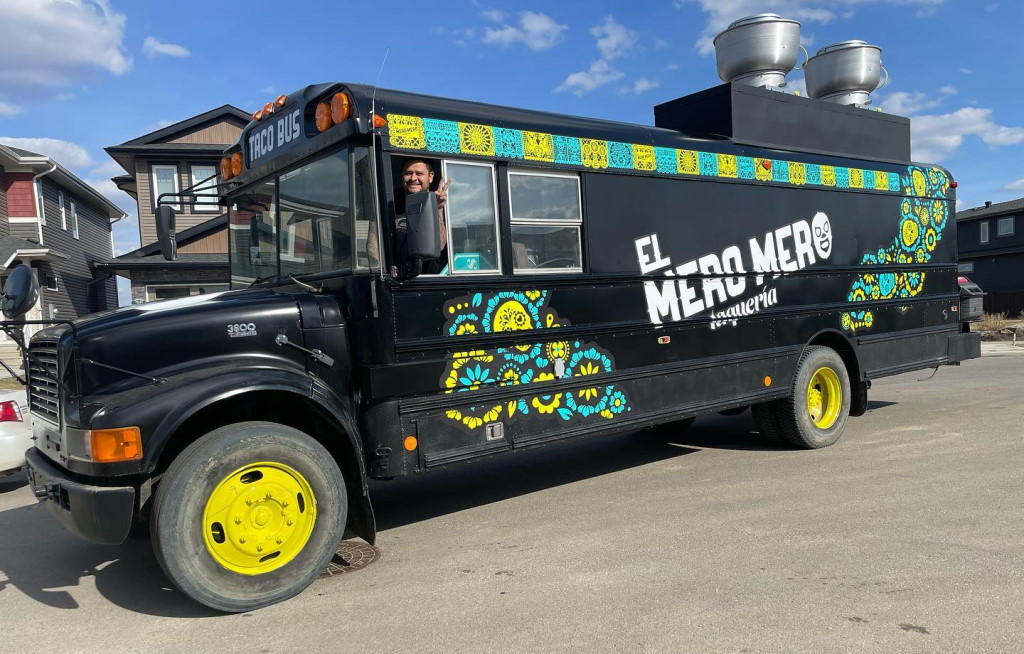 Mexican food truck El Mero Mero is readying for its expansion to a brick-and-mortar restaurant. Opening on June 30 at 12223 156 St., the storefront is the culmination of two years of continuous growth for a business that opened near the beginning of the pandemic.

Owner Arturo Ramirez told Taproot it was fortuitous for El Mero Mero (which in Spanish means "the best of the best") to have started in April 2020.

"Looking back now, we discovered that it was a great time to open a food truck because it was a takeout business," said Ramirez. "It was the only thing open during that time, and it was something to offer people to get out of their houses because restaurants were closed at that time. We were lucky people really enjoyed our food and supported us."

The food truck did so well that in May 2021, El Mero Mero added a second mobile operation to its roster. During that time, Ramirez began searching for a commissary space that would enable his team to prepare the food to be served through two trucks.

"We found this space, and it was really big, so we thought, why not open a restaurant since we have the square footage for it," said Ramirez. "We created a really big kitchen where we can produce food for both trucks and the restaurant."

"We want people to take a little trip to Mexico," said Ramirez. "The handmade and hand-painted tile on the bar was brought in from Mexico, and the glassware is handmade in Mexico. A lot of the restaurant is from Mexico."

Although the space offers sit-down tables, Ramirez is also excited about the shelves along the wall that will allow diners to eat standing up, something typically found at taquerías in Mexico.