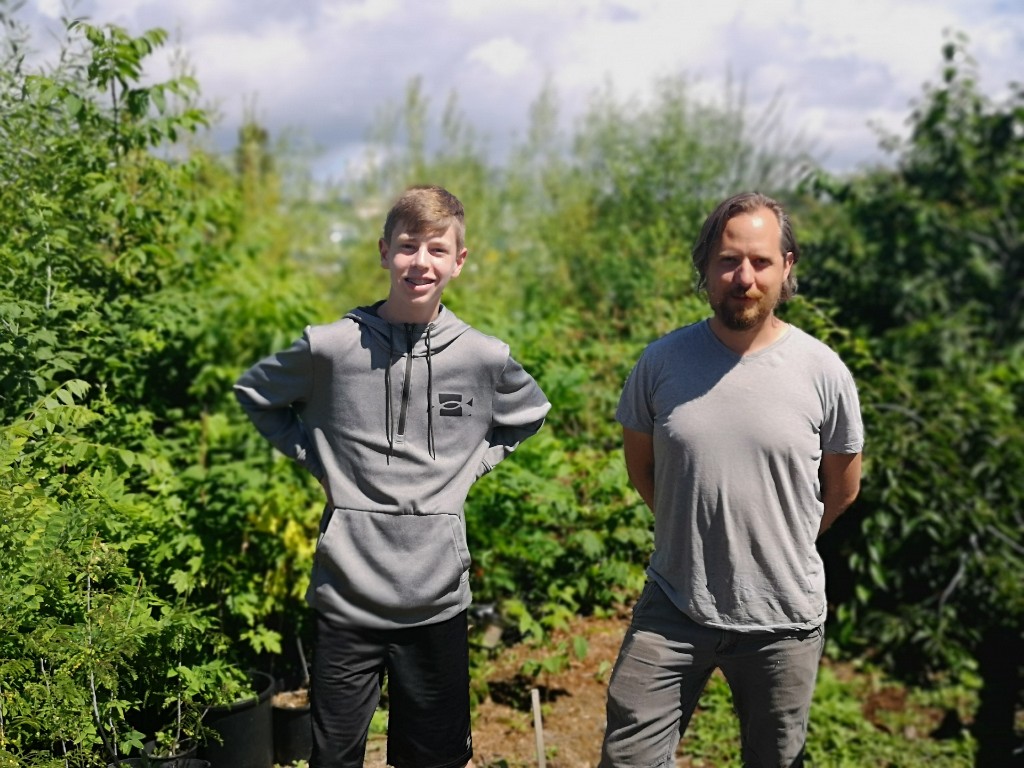 Project looks to map saplings given to Alberta first-graders

Do you remember where the tree you took home from school in first grade is planted?

For more than 60 years, the government of Alberta has distributed nearly 70,000 tree saplings to Grade 1 students during Alberta Forest Week. Now two local tree enthusiasts want your help to map those generations of lodgepole pine and white spruce.

"A lot of people can say where they planted the Grade 1 tree or know somebody who's planted a Grade 1 tree. We thought it would be interesting to map them see if we can get a list of as many of them as possible (and) any kind of stories or photographs that go along with it," said Dustin Bajer, co-creator of the Grade 1 Tree Registry.

The registry uses Google Maps and Google Forms to collect submissions, opting for tools that many people are already familiar with to make it as easy as possible to put their own tree on the map. The map launched in July, and already includes trees from Edmonton, St. Albert, Parkland County, and as far away as Victoria, B.C. Some are only one year old; the oldest so far is 66 years old.

The tree registry grew out of a shared love of documenting, mapping, and protecting local trees. Grade 8 student Joshua Kirsch, who started a project to map heritage trees in the Edmonton region, contacted the city to see how he could ensure an old tree on the west end wouldn't be disturbed by nearby LRT line construction.

"It's a huge tree, one of the largest that I know of in the city. And I was interested in trying to learn how to protect it," Kirsch said. The city forwarded Kirsch's e-mail to Bajer.

"I don't work for the city," Bajer clarified. "I just also have an interesting heritage tree. So, they were like, 'Hey, here's a kid who also likes trees as much as you do.'" 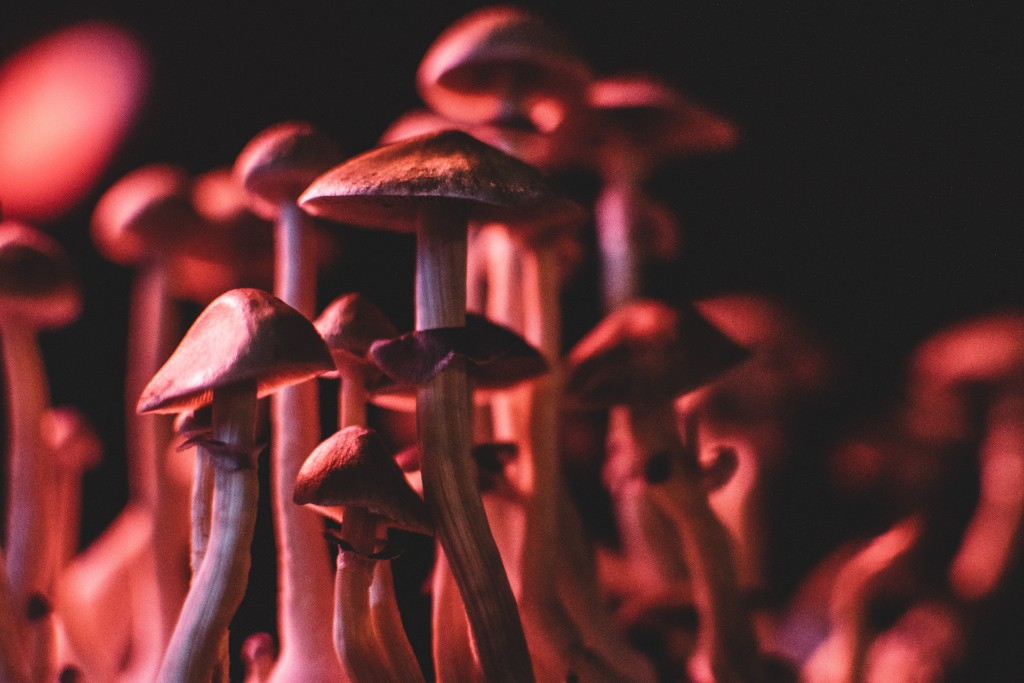 Mental health care and psychedelic therapy innovator PsiloTec Health Solutions, operating as Zylorion Health, has filed a provisional patent for a novel psilocybin-based compound. The compound, ZYL-314, is to be used in the treatment of mental health disorders as well as other conditions and disorders related to the central nervous system, the company said.

PsiloTec Health Solutions is an Edmonton biopharmaceutical company founded by Dr. Peter Silverstone, interim chair of the department of psychiatry at the University of Alberta. The company rebranded as Zylorion Health in October 2021, saying the name change was an important inflection point in its development and business strategy.

"Our clinical team has been working tirelessly with our research partners on the development of novel second generation and industry leading compounds," Silverstone said in a release about the latest patent filing. "And we are extremely excited about this discovery."

The company is continuing to gather data and evidence for the compound and expects to file an application with the Patent Cooperation Treaty within a year. 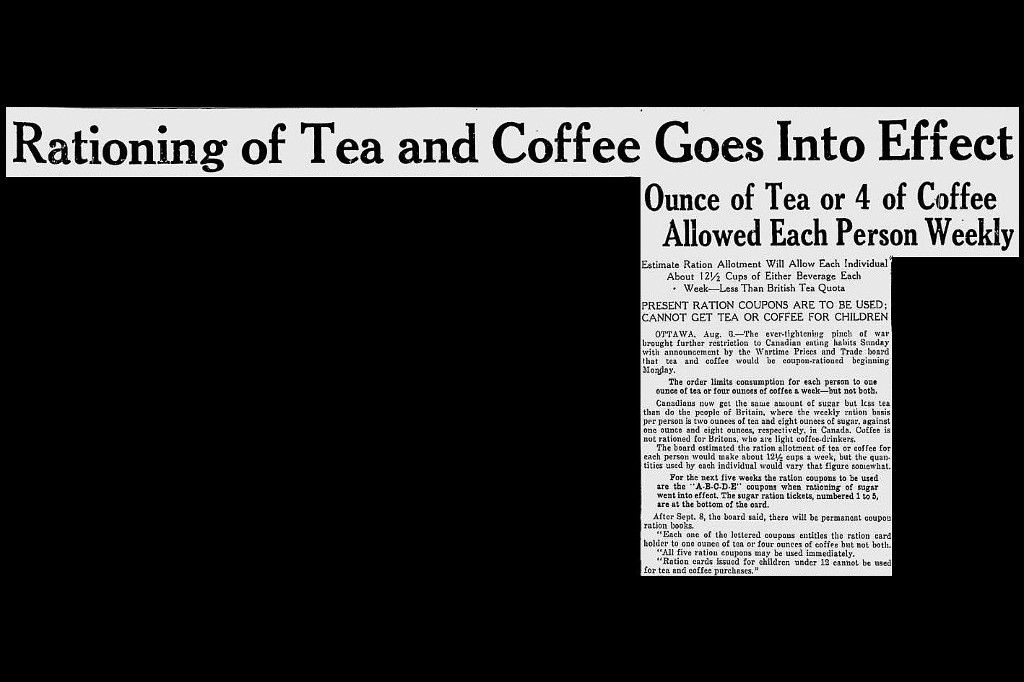 On this day in 1942, Edmontonians were waking up to rations of coffee and tea.

"The ever-tightening pinch of war" led to the additional restrictions, which took effect Aug. 3 across the country. Adults would be allowed up to either one ounce of tea or four ounces of coffee (but not both) per week — about enough for 12-and-a-half cups. As the article announcing the rationing notes, the tea restrictions were tighter than those in Britain, although Canadians were allowed the same amount of sugar.

Tea, coffee, and sugar were far from the only items rationed in Canada throughout the Second World War: meat, butter, dairy, and flour were also restricted. While the rationing was done partly to keep calories flowing to Canadian troops overseas, many supplies were also sent to feed Britain, which was starved by German attacks on its food imports.

The rations put a strain on a population already struggling to feed itself after the economic collapse during the 1930s. In 1941, before rationing began, a dietary survey suggested that most families in Edmonton were not getting the amount of food they needed. Mothers and teenage children often were the ones to go without.

Edmontonians dealt with the rationing orders in a variety of ways. Victory gardens were common in the city's backyards and vacant lots during the First World War, and became known as relief gardens during the Great Depression. The practice saw a resurgence during the 1940s, with more families relying on growing their own vegetables to supplement their rations. Hunting and canning also became vital. In addition, some companies, such as the Woodland Dairy in Edmonton, created cookbooks with recipes designed around a family's weekly rations.

Others turned to less-than-legal means. Black markets flourished in cities across Canada due to rationing, but they were especially prevalent in Alberta. Food was traded illegally, but the black market also gave people access to other rationed goods such as gasoline, car tires, and ammunition. In particular, Edmonton became a hotbed for illegal cigarette sales, many of them supplied by the flood of Americans coming to the city to support supply routes to Alaska and the Soviet Union. Penalties for breaking the restrictions could be harsh — an Edmonton couple was caught hoarding tea and coffee in 1942 and fined $60 (the equivalent of about $1,050 today).

With the end of the war, trade restrictions eased. Many of the victory gardens that had been an essential part of wartime life fell out of favour.

While we haven't seen rationing, supply chain disruptions have led to modern-day shortages, both in Edmonton and worldwide. This time, the leading cause is not war (although it likely plays a part) but rather the global pandemic that has affected everything from food to computer parts to medical supplies.