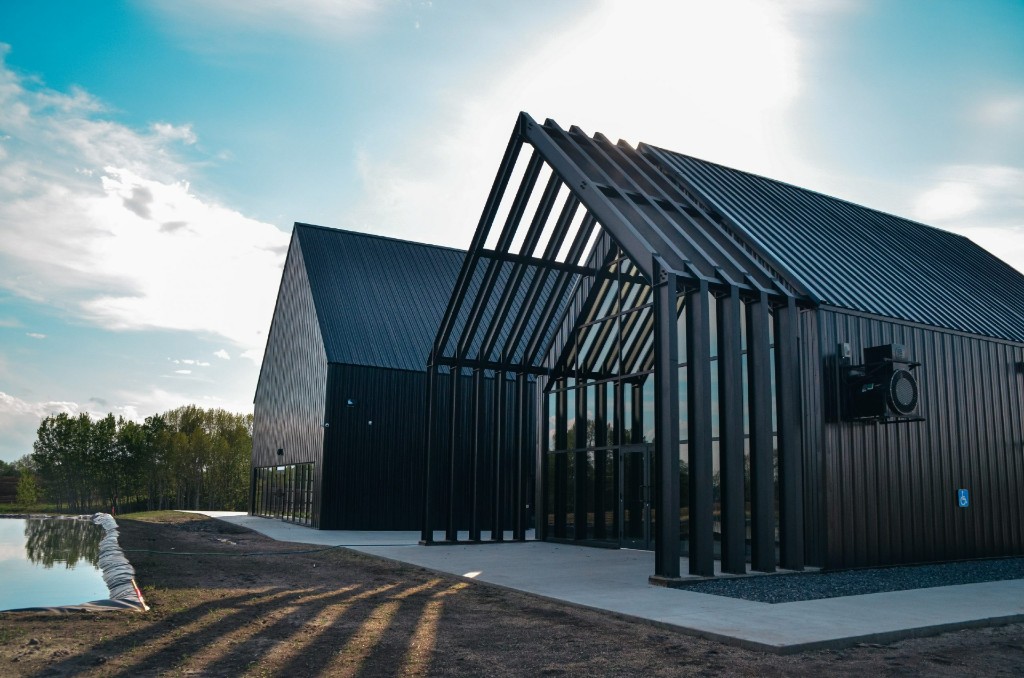 Anohka Distillery looks forward to Alberta on the Plate

The award-winning Anohka Distillery in Parkland County is participating for the first time in Alberta on the Plate, a 10-day celebration of local food and drink.

"We're pretty excited about it because that was the reason we started the distillery ... I was looking around, and we produce all of these raw ingredients here," said owner Gurpreet Ranu, noting that Alberta's barley and wheat tend to be exported and then sold back to us in value-added products instead of being processed here.

His "farm to flask" distillery uses malt sourced in Alix and barley harvested within 500 km. It won the best Canadian London dry gin at the World Gin Awards, and its aged whisky won gold at the International Wine and Spirits competition in London.

Anohka is one of a dozen Edmonton-area restaurants and distilleries participating in the fourth annual Alberta on the Plate, a "dine around festival" that runs from Aug. 12 to 21, coinciding with Open Farm Days and overlapping with Alberta Local Food Week.

The other local participants include HomeRoom Diner in Devon and Rig Hand Distillery in Nisku, as well as several restaurants in Edmonton. They're among more than 100 restaurants in 25 communities throughout Alberta. 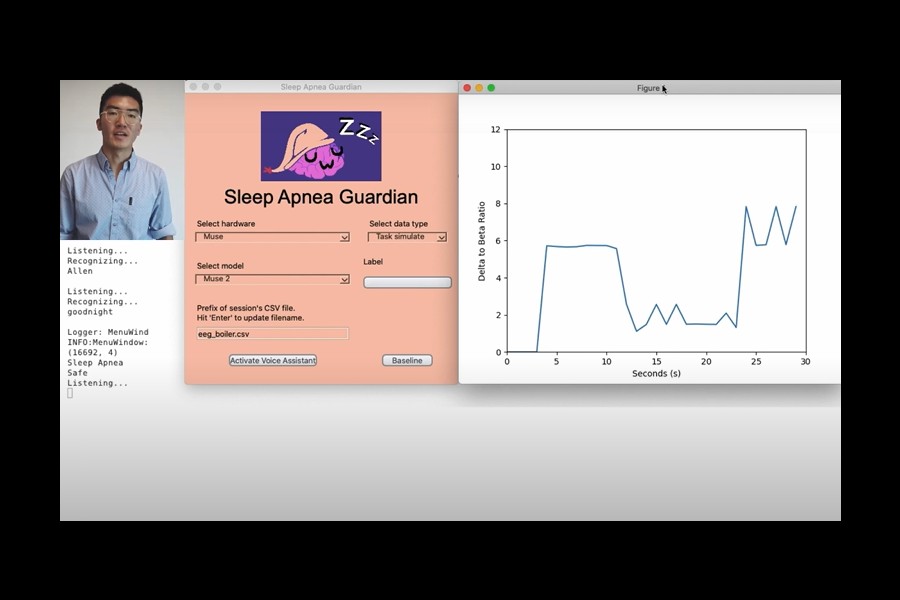 An affordable and non-invasive way to detect sleep apnea is among the projects that emerged from natHACKS 2022, NeurAlbertaTech's second annual neuroscience hackathon.

"We can easily link our instant feedback to an alert system where caregivers or loved ones will be alerted immediately when the patient stops breathing for extended periods of time," co-inventor Yushu Zhang said in a video presentation about the application, which won first place in the rehabilitation track, earning the team a $2,000 prize.

The 64-hour hackathon running from July 29 to Aug. 1, saw dozens of students and recent grads in Edmonton, Calgary, and Lethbridge experimenting with brain-computer interfaces to solve real-world problems, hacking together 38 projects by the end of the long weekend.

"My team and I were thoroughly impressed," said Eden Redman, executive director of NeurAlbertaTech. "It was a dream come true ... With the breadth of the projects, we're happy with all the winners. They're definitely deserving."

A total of $10,000 was awarded to seven winners in four categories, as well as in-kind support to help the teams turn their minimum viable products into potentially commercializable ventures. 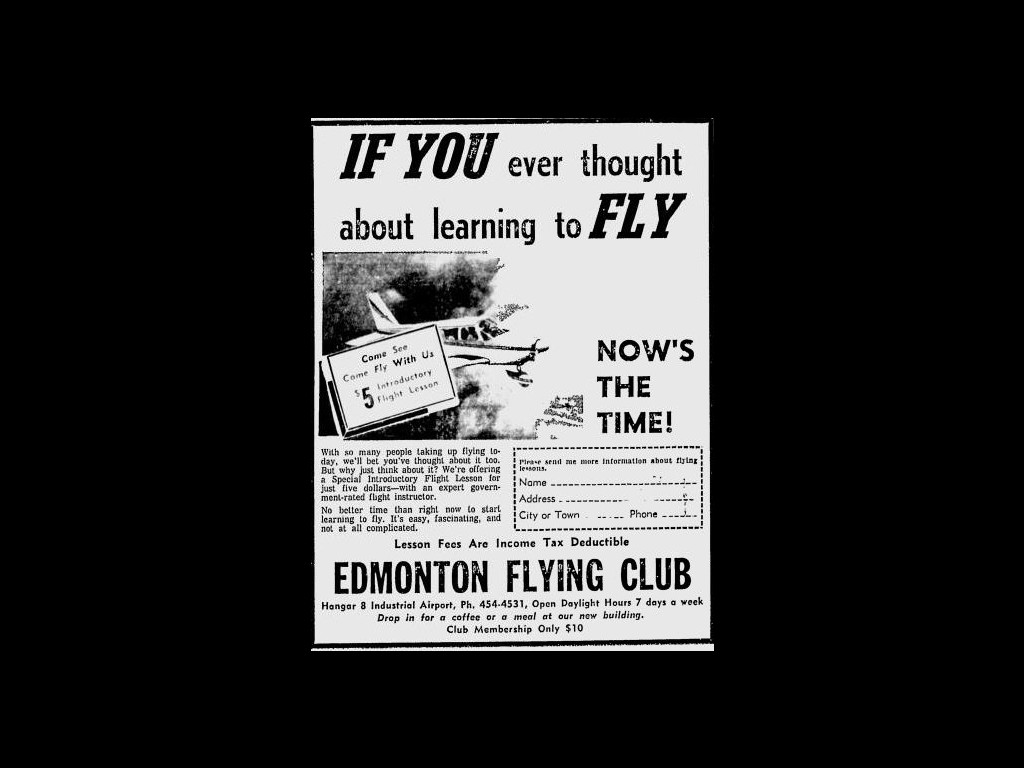 On this day in 1968, the Edmonton Flying Club sold flying lessons for five dollars.

Back then, five dollars went quite a bit farther — the equivalent of about $41 today. Still a pretty good deal for a flight lesson, which was offered to mark the club's revival after a disaster that almost spelled its end.

The then-named Edmonton and Northern Alberta Aero Club started in August 1927 as the country's first licensed aviation club, based out of Blatchford Field, the country's first licensed airport, which was at the edge of the city at that time. A year later, the club secured its first aircraft, a De Havilland DH.60 Moth, which is now housed at the Alberta Aviation Museum.

The new flying club was a bit of a rarity, as it was not just a group for those who enjoyed being in the air, but also a flight school. Those looking for lessons in those early days could learn under one of Canada's most famous aviators: bush pilot and First World War flying ace W.R. "Wop" May. He was the club's first president and head instructor. The club grew quickly; by the end of the first year, it boasted more than a hundred members. By the early 1930s, 20 pilots had graduated from the flight school, and the organization began hosting its own airshows.

Edmonton became a vital aviation hub and training centre during the Second World War, and the club was heavily involved. In 1940, it worked with the federal government to help train pilots for the Royal Canadian Air Force. However, preparing all those pilots required a lot of space, which led to the club temporarily moving to Bowden during the war years. When it returned to the city in 1944, it was renamed the Edmonton Flying Club.

The club was nearly erased by a devastating fire in 1967. The blaze destroyed the organization's hangar, other buildings, and 14 of its aircraft. Still, the EFC refused to stay grounded. The morning after the fire, flying lessons resumed in a plane borrowed from Calgary's flying club. The club rebuilt rapidly — by 1975, it owned 42 aircraft.

The EFC continued to fly out of City Centre Airport until 2014. With the impending shutdown of the airport, the aviators moved to a new home at the Parkland Airport west of the city. After 95 years, the Edmonton Flying Club is still in the air. It is facing some struggles, however, as are many other flight schools in Alberta, dealing with high costs and a lack of trainee pilots.