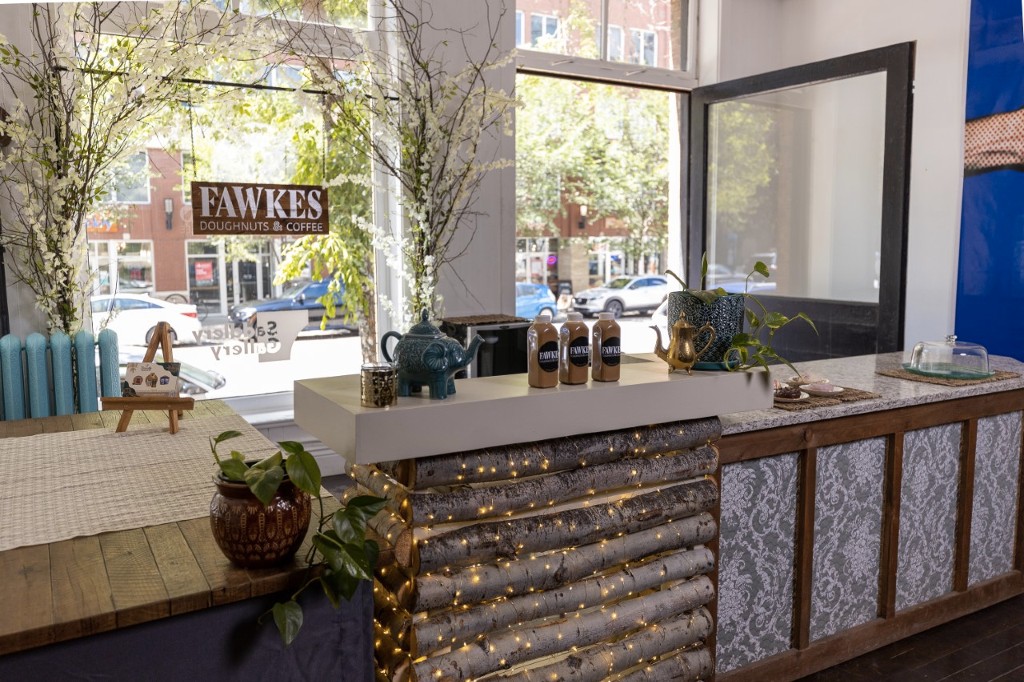 When Jorel and Mikayla Pepin first toured the Great West Saddlery Building on 104 Street, they saw their future. They hope their pop-up coffee shop, Fawkes Coffee & Doughnuts, is just the beginning.

"You know, when you meet people, and you feel you've been friends with them forever, there was something organic and natural," Jorel said of the 111-year-old space just north of Jasper Avenue, where they've been doing great business selling cold-brew coffees and vegan cake doughnuts since July 22.

They met and fell in love running cafés together. Jorel's family owned and operated Block 1912 on Whyte Avenue until 2020, where Mikayla worked as the general manager for years before moving into the bakery. "Working around coffee makes sense — it's what we know," said Jorel.

Fawkes Coffee was born in the summer of 2020. "It was during the quiet time in the pandemic when the world was quiet," said Mikayla.

"When everyone was picking up new hobbies, instead of learning how to make bread, we began roasting our own coffee," Jorel added.

When a friend approached them about opening up a new coffee shop in the Great West Saddlery Building, it was an opportunity they couldn't turn down. They even got married there four months ago, exchanging vows under a flowered arch in front of the window that looks onto the downtown street. And they're hoping to shift from running a pop-up to permanent location.

"We're committed to building something," Jorel said. "We want it to be special," Mikayla added.

They said they consider coffee secondary to fostering community. "We want to create a safe place for people to hang out and feel safe," Jorel said. "A place people can go to on a blind date. There aren't coffee shops open late downtown. We want to be that." 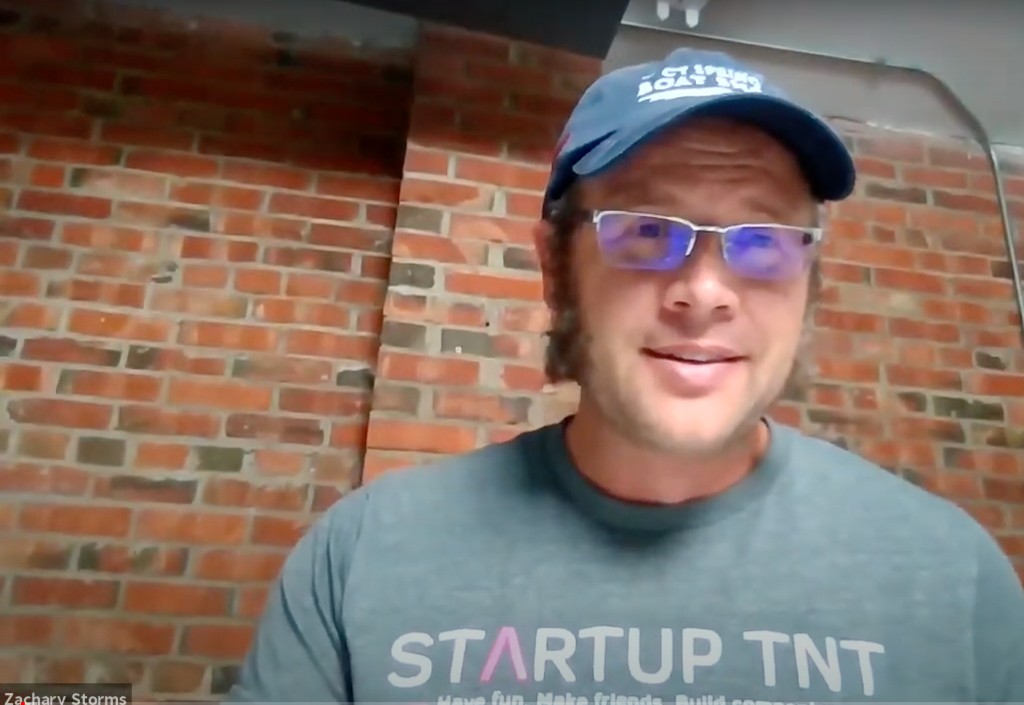 Since 2020, Alberta's premier pitch marathon has brought startups and entrepreneurs together to market their ideas and meet peers and investors. Now rebranded as the Great Prairies Pitch Marathon, organizers aim to showcase 200 startups from Alberta, Saskatchewan, and Manitoba.

The event gives participants three minutes each to pitch their company, and serves as a "State of the Union" for the innovation community, service organizations, and community partners, said Zack Storms, founder of Startup TNT, which is the lead organizer of the Great Prairies Pitch Marathon.

"When you read about what makes for a strong, resilient startup ecosystem, one of the key factors is having both strong relationships among the players internally in the ecosystem, but also connections, relationships with other startup communities," Storms said. "(It) just kind of makes for a more robust, resilient community long-term."

The marathon will be hosted on Zoom and live-streamed on YouTube on Aug. 18, with after-parties scheduled in Edmonton, Calgary, Regina, Saskatoon, and Winnipeg. The deadline to apply to pitch is midnight on Aug. 16.

In its first year, the pitch marathon drew around 100 participants. The event has since become a platform for companies ranging from the "ideas on paper" stage of development to well-funded startups with 50-person teams. This year, there are 30 co-hosts lined up, and the organizers hope to have 200 presenters signed up to pitch during the day-long event.