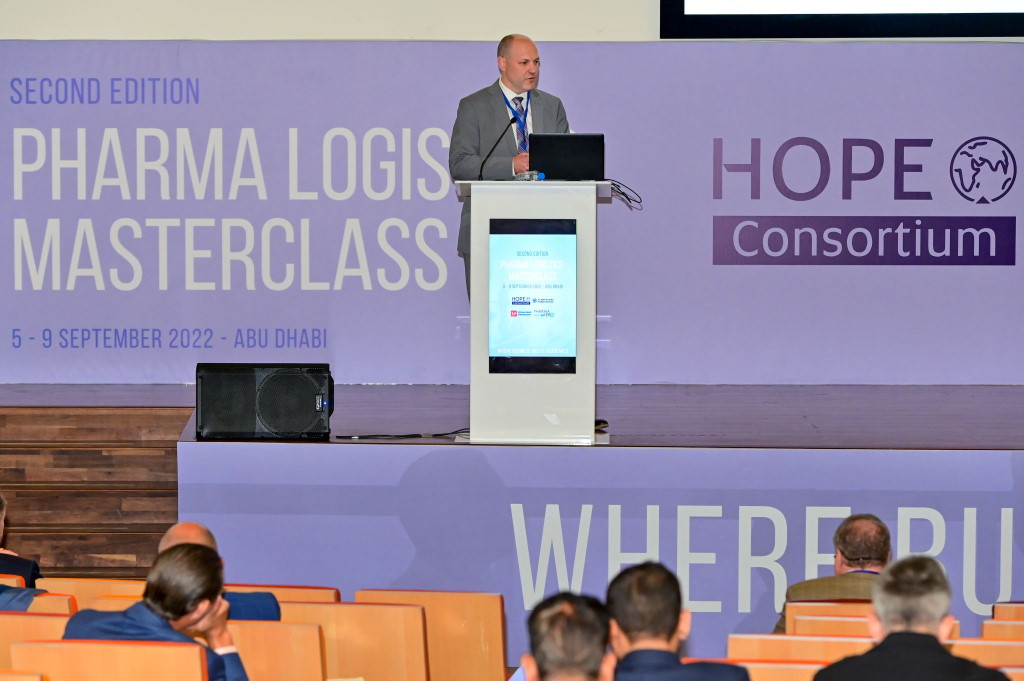 A spirit of collaboration has helped the Edmonton International Airport (YEG) earn a global reputation as a leader in pharmaceutical logistics and innovative delivery, says the organization's manager in charge of cargo.

"We are fortunate in YEG that we have a collaborative community that is willing to work with one another and help each other at every point in the supply chain," said Trevor Caswell, manager of demand and product development for cargo. "This level of collaboration does not exist everywhere in the world."

Caswell also serves as chair of the board for Pharma.Aero, an international consortium of life science and medical shippers, cargo firms, airports, and logistics specialists working to improve supply chains for medicine across the globe. At the organization's Pharma Logistics Masterclass in Abu Dhabi earlier this month, he discussed a couple of projects that YEG contributed to: Project Sunrays, which sought to ensure the safe delivery of COVID-19 vaccines, and Project UAV, which examines the use of drones for last-mile delivery of medical goods.

The event attracted more than 120 industry experts, academics, and policymakers from 21 countries for five days of presentations, debates, and workshops related to pharma logistics and supply chains. It was an opportunity to learn from others as well as to share more about some of YEG's efforts.

"We always have room to improve, and by connecting our region with other global pharma communities and organizations, it will allow us to collaborate and learn from one another about what works and what doesn't," Caswell said. 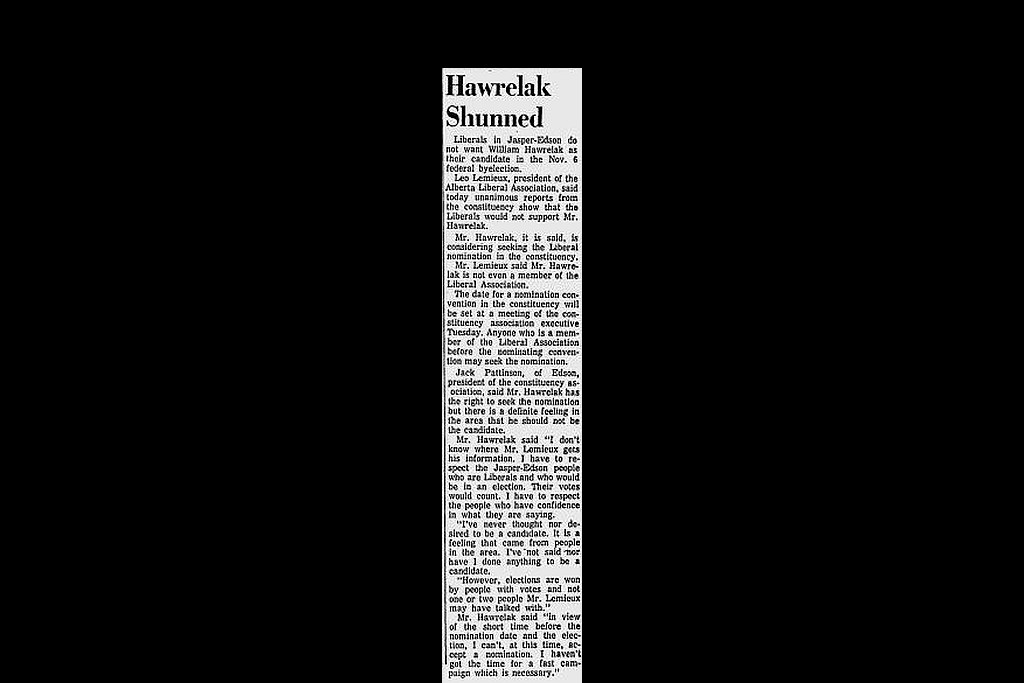 On this day in 1967, federal Liberals in the Jasper-Edson riding made it clear they didn't want former Edmonton mayor William Hawrelak as their candidate.

Hawrelak was Edmonton's longest-serving mayor. He won seven mayoral races, was forced from office (twice!) for misconduct, and played a large role in guiding the city's growth during the first oil boom. His impact on the city was matched only by his reputation for dirty politics.

Hawrelak first came to the city in 1945, where he founded a soft drink company. He ran a failed campaign to be an alderman in 1948. Two years later, he was elected. He temporarily took over as mayor in 1951 when Sidney Parsons stepped down for health reasons. He was able to wrangle that into a massive win over Parsons for the mayoralty later that year. In the next two elections, he ran unopposed, and he easily won the one after that.

Edmonton's population swelled due to the post-war oil boom, and Hawrelak presided over many significant projects. His reign saw the construction of a new city hall, the Royal Alexandra Hospital, and Yellowhead Trail, as well as the advent of commercial flights. Many of Edmonton's best-known cultural centres were also created during his time in office, including the zoo, the planetarium, and the Citadel Theatre.

But Hawrelak saw opportunities for himself, too. During his fourth term, he was accused of buying up land around the city and getting it rezoned to make it more desirable for development before selling it at a higher price. A public inquiry found Hawrelak guilty of gross misconduct, and he resigned, but he didn't admit to any wrongdoing.

For most politicians, that would be a career-ending scandal. But William Hawrelak was not like most politicians. He ran again in 1963, in a contentious election that saw riots and accusations of intimidation by his supporters. Nevertheless, he won and went on to be re-elected.

In 1965, he was booted out after a judge ruled he had again broken the rules around land sales. This time, he had owned a 40% stake in a company that bought land from the city while he was mayor. He would be sued by the city in a case that rose all the way to the Supreme Court of Canada. Somewhere in there, he apparently flirted with federal politics.

Incredibly, Hawrelak ran for mayor again in 1974 and won decisively. While he was able to avoid any inquiries or disqualifications this time, his term was still marked by accusations of cronyism, corruption, and misconduct. Only death could stop him, it seems — a fatal heart attack ended his final term.

The kinds of transgressions that have landed modern-day councillors in hot water aren't really of the same order. Still, administration is recommending more power for the integrity commissioner to choose sanctions for breaking city council's code of conduct.