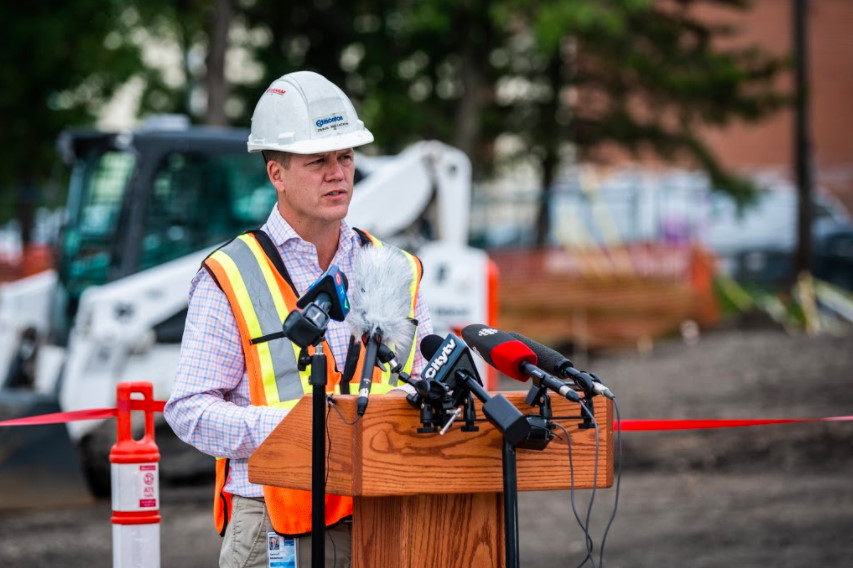 Listen to Episode 131 of Speaking Municipally for the full interview with Jason Meliefste, branch manager of infrastructure delivery at the City of Edmonton, about the Groat Road Bridge.

In addition to the Percent for Art program, co-hosts Troy Pavlek and Mack Male spoke with Meliefste about the construction of the project and the impacts on active transportation users.

"Having to do traffic management often requires a balancing act of competing interests around trying to be able to manage as many movements as we can, as safely as we can," Meliefste said.

During construction space for pedestrians and cyclists was reduced. Signs were erected stating that cyclists had to dismount and walk across the narrow pathway on the east side of the bridge.

"Unfortunately, we made a decision early on that we wanted to be able to protect as much space for the contractor," he said. "We wanted to make sure that we met the public's expectation around delivering this project on time."