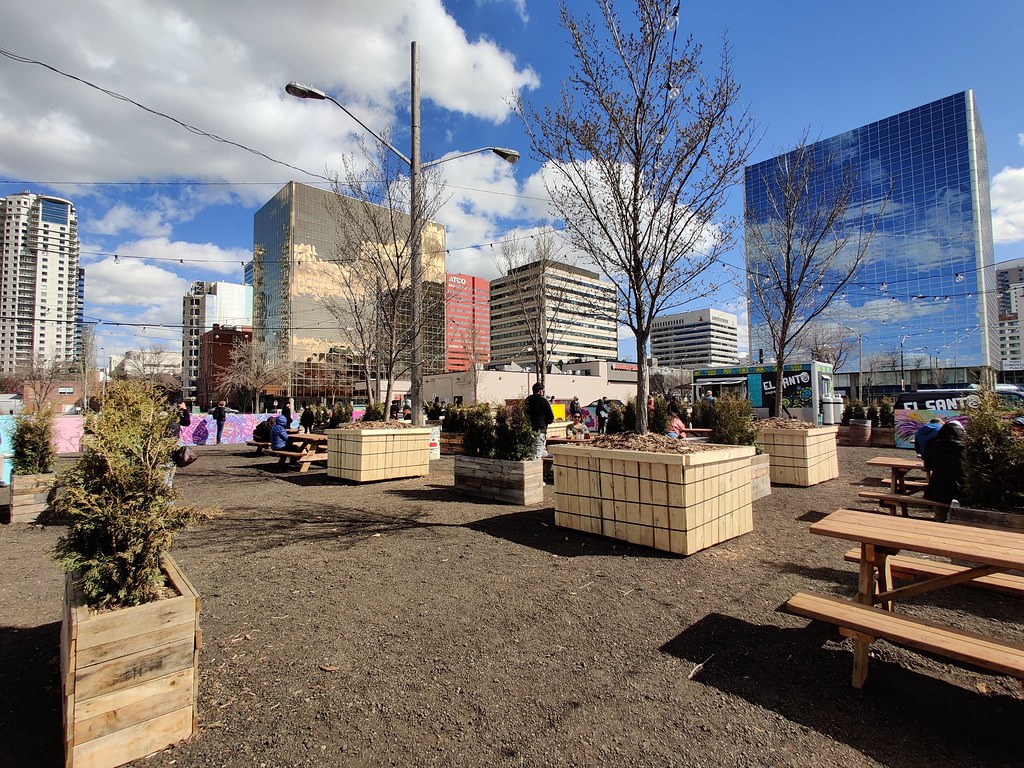 The Downtown Vibrancy Strategy is "a call for action" to support the recovery of Edmonton's downtown from the COVID-19 pandemic.

Since 2015, more than $4.4 billion has been invested in downtown development, according to the strategy. But the pandemic has had "an acute impact on downtown vibrancy because there are fewer people downtown on a daily basis, which strikes at the heart of what makes downtown vibrant."

The strategy outlines 20 actions that can be taken over the next two years to help support downtown as a home, as an economic hub, as a destination, and as a safe, welcoming place.

Why is the strategy needed?

The strategy argues that downtown has "faced unique challenges" due to the COVID-19 pandemic.

What's in the strategy?

Expanding public spaces and facilitating the use of underutilized spaces such as vacant land and parking lots would "position vibrancy as an ongoing goal," the strategy says. Here are some other highlights from the 20 actions in the strategy:

While many of the actions included in the strategy are already underway, full implementation costs range from $7 million to more than $28 million, "depending on the scope and scale of each action as well as their prioritization."

Photo: Root 107 is an example of the kind of pop-up event the strategy aims to facilitate more of. (Mack Male/Flickr)