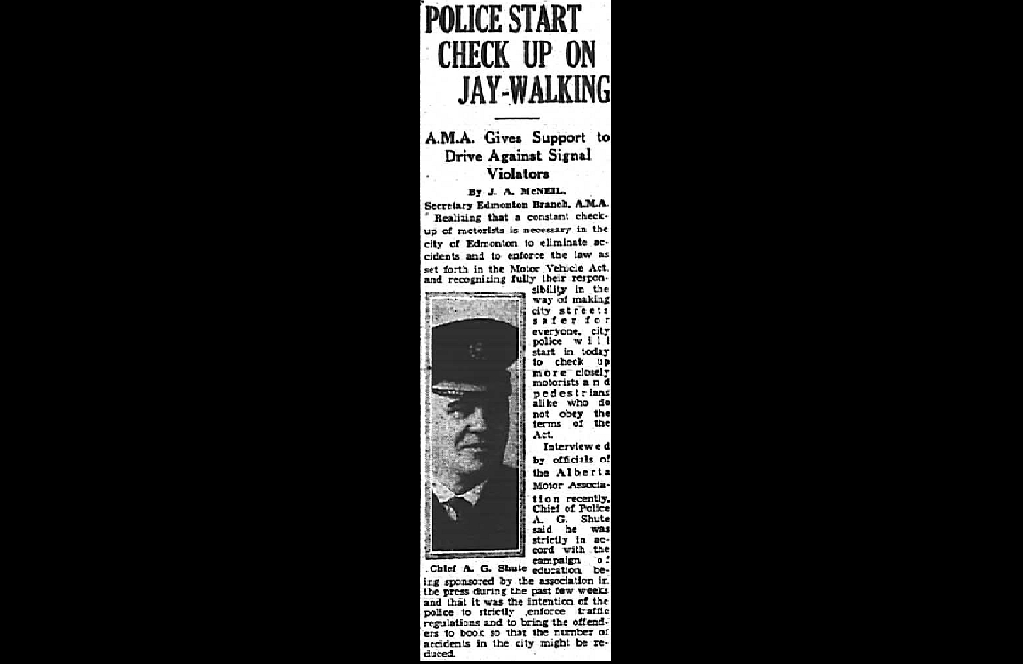 On this day in 1933, Edmonton police were cracking down on jaywalkers in the city.

Cops focused on catching both pedestrians and motorists violating the Motor Vehicle Act in an attempt to reduce accidents in the city.

Automobiles have been a driving force in the history of Edmonton and how it has grown. The city's first car hit the streets in 1904, when businessman Joseph Henry Morris had a 1903 Model A brought in from Winnipeg. It was the first model built by Ford and could hit a top speed of 72 km/h. However, the eight-horsepower engine wasn't much compared to the cars of today — the story is that Morris' machine couldn't quite make it up McDougall Hill.

Morris' car drew attention whenever he drove it, but it wasn't long before cars were a standard sight in Edmonton. In 1906, the first year cars had to be registered in Alberta, there were 41 drivers. By the end of the First World War, more than 29,000 Edmontonians had a driver's licence. That number only grew through the decades. By the 50s and 60s, city planning was influenced by the presence of cars. The straight, grid street pattern that had been built to favour streetcars and pedestrians gave way to more suburban designs that relied on access to a vehicle. In 2016, city census data showed that 72% of Edmontonians commute via cars.

With so more vehicles on the road, traffic and pedestrian safety is an even bigger issue than it was in 1933. In December 2020, Edmonton adopted its Safe Mobility Strategy to work toward its goal of zero serious traffic-related injuries or deaths. Recently, the city dropped its residential speed limits to 40km/hr as part of the strategy.