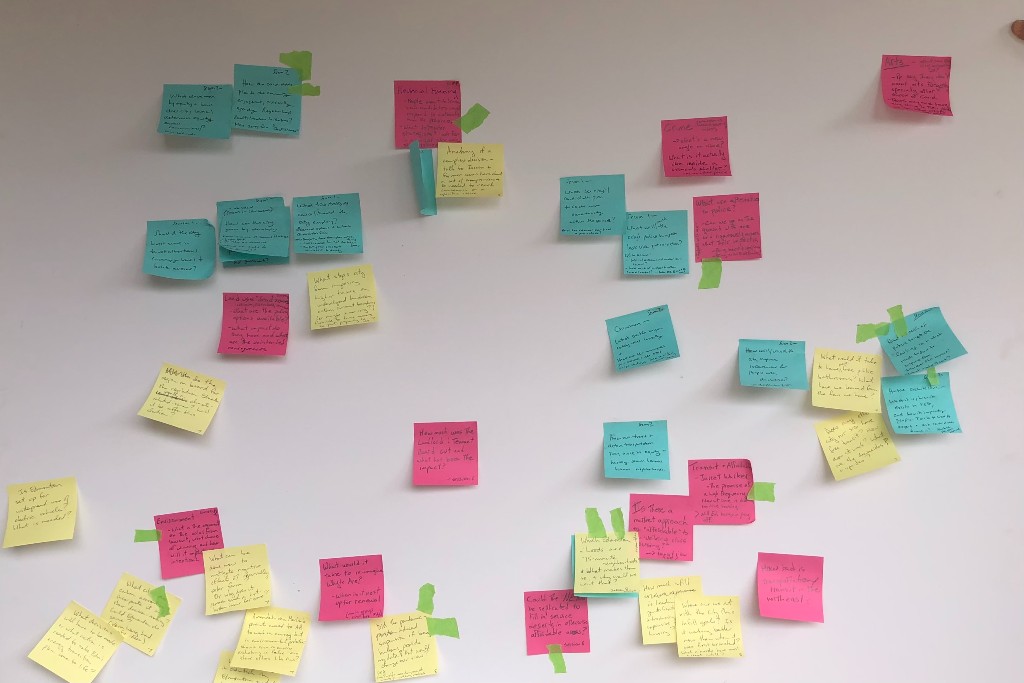 The People's Agenda project has entered a new phase, with a candidate questionnaire derived from what we heard from participants now in inboxes across the city.

The questionnaire consists of 30 multiple-choice questions organized in groups of three under 10 headings: economy, environment, finances, housing and homelessness, planning, police, politics and governance, quality of life, roads, and transit.

"We tried to be as comprehensive as possible and to be grounded in the things that city council can actually make a decision about," explained Karen Unland, Taproot Edmonton co-founder, on a recent episode of Speaking Municipally.

The questionnaire is focused on local policies, rather than political ideology. "Things don't always line up on the traditional idea of the political spectrum," she said.

For each question, candidates can choose one of the multiple choice options, or they can indicate they don't have a position on the issue. "We're not trying to trap anybody or catch anybody, we're trying to sort everybody," Unland explained. Candidates also have the opportunity to add a pitch to potential voters.

In September, voters will be able to answer the same questionnaire to find out which candidates they are most closely aligned with.

"What we want to do is for as many wards as possible (is) give you the answers for as many candidates as possible," Unland said. "I really do think this questionnaire will be the most useful at the ward level."

If you're running for mayor or councillor in the upcoming municipal election and haven't yet received a link to the questionnaire, send us a note at hello@taprootedmonton.ca.

Photo: Processing all of the information we've received from Edmontonians through the People's Agenda project has involved a lot of spreadsheets and sticky notes. This is from a recent feature story brainstorming session. (Karen Unland)