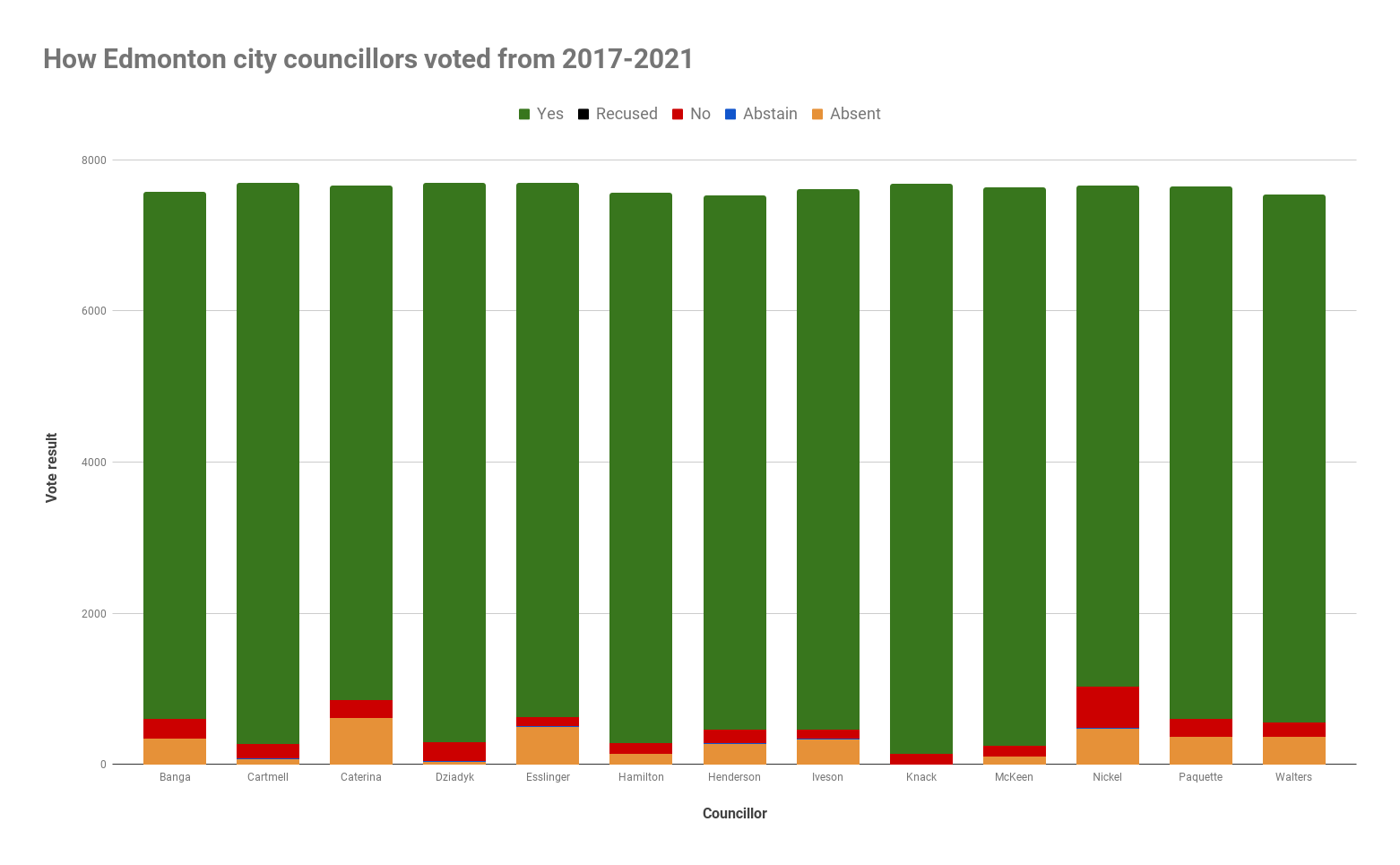 Edmonton city council held its final meeting last week before breaking for the upcoming municipal election. Edmonton's Open Data Catalogue provides a look back at how councillors voted over the past four years, which sheds some light on council's direction and the structure of its voting process.

Council's latest term was a busy one — in total, councillors voted on roughly 7,700 motions spread across council meetings, public hearings and the city budget. And that is just taking into account motions that were considered by the full council — there were thousands of other motions presented at the various committees that councillors sit on.

Many motions considered by city council are related to bylaws. For a bylaw to pass, it must pass three readings. Most of the time, even councillors who voted against a motion to approve first reading will vote in favour on the second and third readings, making many of the votes on the chart little more than prefunctory, although that's not always the case.

Over council's latest term, only 116 motions were either voted down or failed for one reason or another. The vast majority, 7,666, were carried by council. Close votes were rare, with only 57 motions being decided by a single vote. The majority of decisions were made by unanimous vote or large margins for the prevailing side.

When Edmonton elects its new city council in October, most of the current councillors hope to hold onto their seats. Nine of them are running to represent one of the newly-drawn wards in the city. Of the three not seeking re-election as councillors, two are involved in other races: Mike Nickel is running for mayor, while Ben Henderson has jumped over to federal politics as a Liberal candidate. The third, Michael Walters, has said he plans to remain involved in politics but has not revealed any specifics.

Whether next year's council will be made up of familiar or fresh faces will be up to voters to decide. Taproot Edmonton has been tracking what issues Edmontonians want to hear candidates talk about and will be reporting on the ward and mayoral races in the lead up to the vote on October 18.