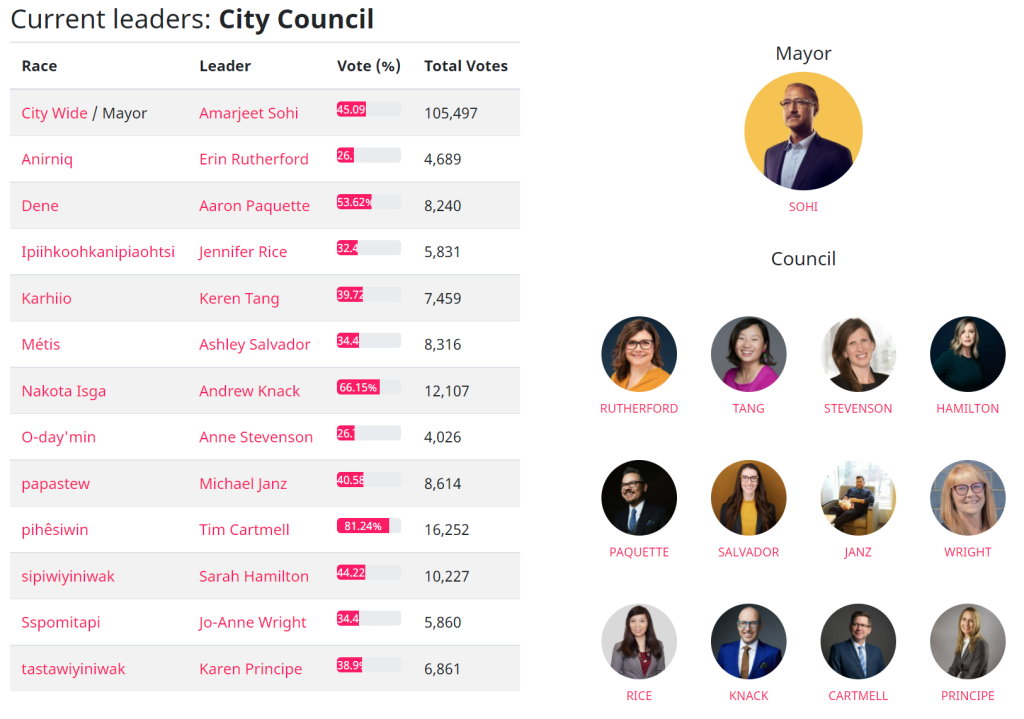 Based on their responses to the Taproot Survey, it appears that Edmonton has elected a council that believes every decision is a climate decision, wants to expand Housing First programs, supports the city's current approach to infill, and wants more bike lanes and wider sidewalks.

Mayor-elect Amarjeet Sohi and his newly elected council appear to be more divided on whether the city should build more affordable housing without funding from other orders of government, how best to bring the City Plan to life, and what should be done about transit fares.

You can see the responses of the elected candidates on Taproot's election site.

Note that Karen Principe, who unseated Jon Dziadyk in tastawiyiniwak, did not fill out the Taproot Survey, so we don't know where she stands on these issues.

The full results are available on Taproot's election results dashboard.

You can also see how the first 16,000+ voters who took the Taproot Survey lined up on each issue. In the end, more than 21,000 responses came in.