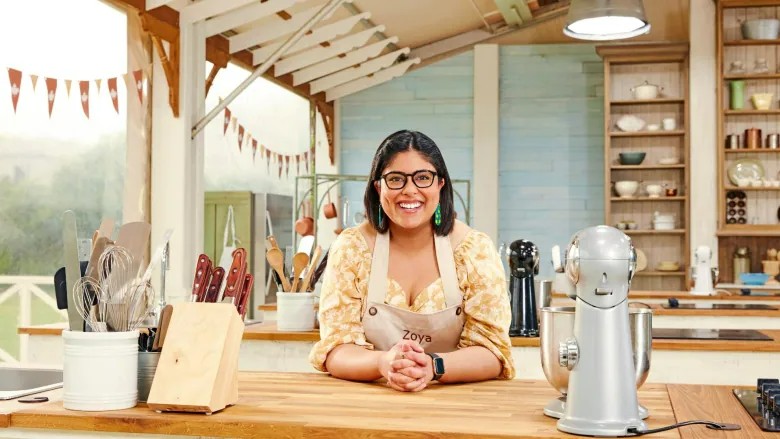 Zoya Thawer, a pediatric endocrinologist from Edmonton, took some time off from her practice this summer to participate in Season 6 of The Great Canadian Baking Show, which launched on CBC and CBC Gem on Oct. 2.

"To say this is an honour is an understatement and I hope you'll follow along," she wrote on Instagram. She made it through cake week and biscuit and bar week; next up is bread week.

Thawer has been baking since childhood, ever since she moved to Canada from Tanzania, according to her CBC bio. Though she recently moved to Victoria, her appearance on the show is the latest Edmonton connection to popular food competitions.

Also last month, Corey Meyer of ACME Meat Market and Elyse Chatterton of Popowich Meat Company were part of the first Team Canada to participate in the World Butchers' Challenge.

And local restaurants have also been participating in competitions, like Le Burger Week, a cross-Canada competition to determine the best burgers. Burgers from Kinosoo Ridge Restaurant, Pink Gorilla, Cork & Barley, 1st RND, and Wayback Burgers were named the favourites from Edmonton.

Closer to home, the YEG Food Masters Competition kicks off on Oct. 12. The competition, hosted at El Beso, pits local chefs and "wildcards" against each other in an elimination-style tournament. The winner will be crowned YEG Food Master in June.

Photo: You can watch Zoya Thawer compete in Season 6 of The Great Canadian Baking Show, which is heading into Episode 3. (CBC)