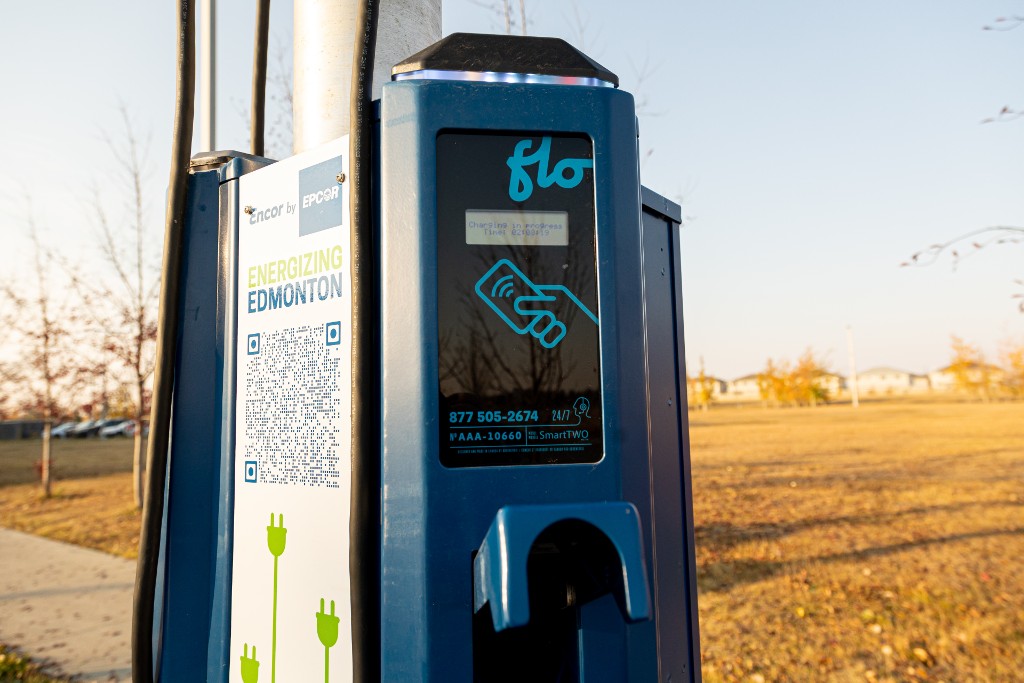 As Edmonton welcomed 24 new electric vehicle chargers within city limits at the end of October, municipalities within the region have also been slowly adding to the network of stations.

Between the EV chargers on city-owned sites and those installed at private businesses, there are now 106 public charging stations in Edmonton and a growing number in surrounding municipalities, including Stony Plain, Spruce Grove, Beaumont, St. Albert, Sturgeon County, and Strathcona County.

Devon decided in September to proceed with an EV charging program that could see six stations set up there, funded by the Municipal Climate Change Action Centre (MCCAC)'s rebate program, which is intended to spur EV infrastructure construction.

In the spring, Bon Accord announced it would be installing seven chargers at two locations, also with funding from MCCAC. "It was an easy decision, seven charging stations installed at no cost to our residents," Bon Accord Mayor Brian Holden said in March when the project was approved.

Some keen planners see EV infrastructure as a chance to pull people off the main routes and into their business centres. When Leduc began construction on a new solar carport and EV charging stations in 2021, the city noted that there was only one Level 3 charging station between Edmonton and Red Deer and said the installation would "provide an economic boost for local businesses by bringing more people into downtown." More stations have since sprung up, including one in Nisku.

On Oct. 28, EPCOR announced plans to install 24 EV chargers at eight locations within city limits as part of the Energizing Edmonton project, a 10-year collaboration between Encor by EPCOR and the City of Edmonton. The expanding EV charging network is both a sign of the level of interest and a necessary step to encourage people who are on the fence about switching from gas-powered vehicles, said Laura Ehrkamp, a communications specialist with EPCOR.

"We know that there's an interest in more electrical vehicle charging infrastructure because range anxiety is one of the hurdles to adoption of EVs," said Ehrkamp. "In terms of what's next, we're going to take this data that we gathered from the use of these 24 new chargers, and then that will help us gauge future work in this area."

The number of registered EVs in Alberta jumped from 377 in 2017 to 3,527 in 2021. Although this still makes up only a fraction of the vehicles on Alberta's roads, ENMAX Power predicts that there will be hundreds of thousands of EVs in the province in the next 10 years.

Photo: The addition of 24 new electric vehicle chargers in Edmonton is part of a growing network of EV infrastructure in the region. (Supplied)