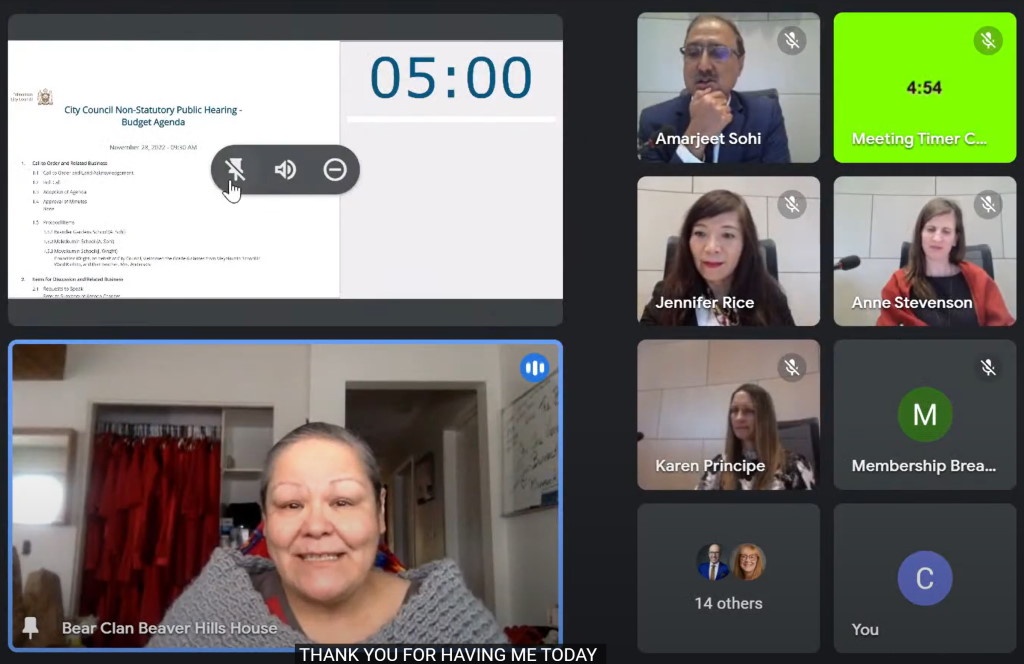 After a day of public hearings on the city's budgets for the next four years, city council unanimously approved spending $7.5 million from current reserves to create more emergency shelter spaces this winter.

Administration had proposed using $7.5 million from the Financial Stabilization Reserve for the Jasper Place Wellness Centre to operate 209 new shelter spaces for six months in a former hotel at 155 Street and Stony Plain Road. Expected to open in about four weeks, the project will increase the number of shelter spaces in the city to 1,281 for the winter.

Just moments before the vote, Mayor Amarjeet Sohi said he had received confirmation that another person had died outside in the cold earlier in the day. "This is a crisis that we're facing," he said, mentioning several other deaths in the past few weeks. "All of them are preventable deaths."

Sohi called on council to approve the funding unanimously to "show to the province that we are trying to fill those gaps and that we are compassionate people who will show up and stand up for Edmontonians when others don't." The proposed funding was approved unanimously.

In a subsequent motion, Sohi requested an emergency meeting with the provincial government regarding the emergency shelter space crisis in Edmonton, which council also approved unanimously.

"Shelter capacity has consistently been above 95% on cold nights," he said. "Significant inequity exists between the number of permanent shelter spaces funded for the City of Calgary compared to the City of Edmonton."

According to data from Homeward Trust, there are more than 2,650 people experiencing homelessness in Edmonton. More than 1,200 of those are sleeping in emergency shelters or outdoors, up from about 650 individuals who relied on shelters or slept "rough" in 2020 at the start of the COVID-19 pandemic.

Edmonton has 622 permanently funded emergency shelter spaces. On Oct. 1, the province approved $5 million for 450 additional spaces for the winter. Those spaces have slowly been coming online, with more than 300 operational as of this week. The province indicated to administration that all 450 new spaces would be operational by mid-December at the latest.

Several speakers during three days of public hearings on the 2023-2026 budgets called on the city to fund housing. Judith Gale spoke on behalf of Bear Clan Beaver Hills House in favour of a change in priorities.

"I believe the budget is going too much towards policing," she told council. "We have to shift from that to human beings."

She cried as she spoke about several recent deaths in the community. "People are getting more desperate as the weather is getting worse," she said. "Let's put some heart back into this city."