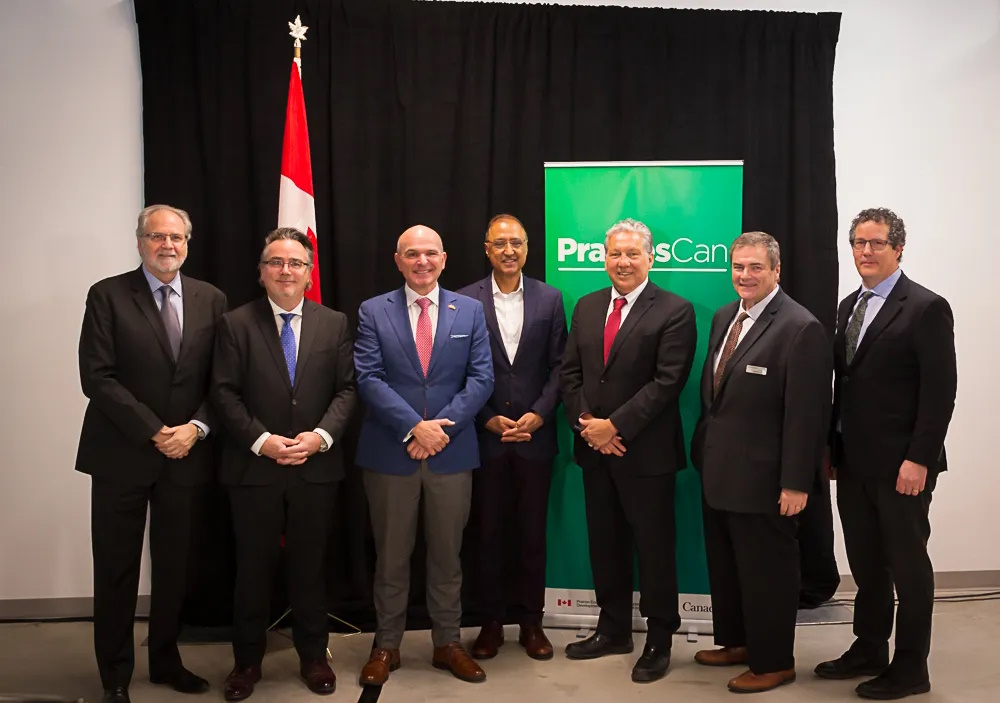 Edmonton's growing hydrogen economy has received another boost with the announcement of more than $9.74 million in funding through PrairiesCan to strengthen the region's hydrogen supply chain, increase access to refuelling equipment, and upgrade testing facilities.

Edmonton Global will receive about $3.74 million to help attract foreign investors to the region and to further develop the hydrogen supply chain and labour market. The funding will support the expansion of the Canadian Hydrogen Convention — which Edmonton Global plans to increase to more than 8,000 attendees this year — and could be used to host other international events. Edmonton Global will also use the funding for a hydrogen labour market assessment in collaboration with businesses and post-secondary institutions (which was already underway), and to pursue new ways to get more businesses involved in the supply chain. In October, the agency's vice-president of global marketing and communications told Taproot that a "5,000 vehicle challenge" to help build both supply and demand for the hydrogen economy could launch in 2023.

C-FER Technologies, a subsidiary of Alberta Innovates, will receive $3 million to upgrade its testing facility for hydrogen fuel infrastructure. The organization said the funding would enable it to help businesses and regulators improve technologies for hydrogen use, and also "provide essential information needed to revise and establish new standards for the safe and reliable transportation and storage of hydrogen." C-FER already has several hydrogen-related projects underway.

The Alberta Motor Transport Association — which launched the Hydrogen Commercial Vehicle Demonstration project last fall — and the University of Alberta will receive $3 million to encourage the adoption of hydrogen fuel by Alberta's heavy vehicle sector and to carry out pilot projects in Calgary and Edmonton.

A series of hydrogen-related announcements were made across the Edmonton region in 2022, including the provincial government's Hydrogen Centre of Excellence and a number of initiatives at the Edmonton International Airport. The Edmonton Region Hydrogen HUB, which itself launched less than two years ago, is looking to build on that momentum at the 2023 Hydrogen Summit on Feb. 7. The event promises to bring together leaders and key stakeholders to set the agenda for the year ahead. Tickets are $120 plus fees, and registration is now open.