On the heels of a sold-out Flying Canoe Volant this year, it’s clear Edmontonians will be eager for opportunities to gather and enjoy the outdoors, especially as temperatures rise.

The two largest food-related festivals, the Taste of Edmonton and Heritage Festival, have not yet received the green light to proceed this summer. But organizers of both events are ready to modify their plans based on public health guidelines.

Taste of Edmonton had planned to return to Churchill Square from July 22 – August 1, and already put out a call for food truck vendors in January.

Events Edmonton General Manager Donovan Vienneau is confident the area can safely accommodate patrons. "We’ve got a rather large space, probably the biggest in history. We’ve also implemented a six-foot gap between each of the restaurant tents,” he said. 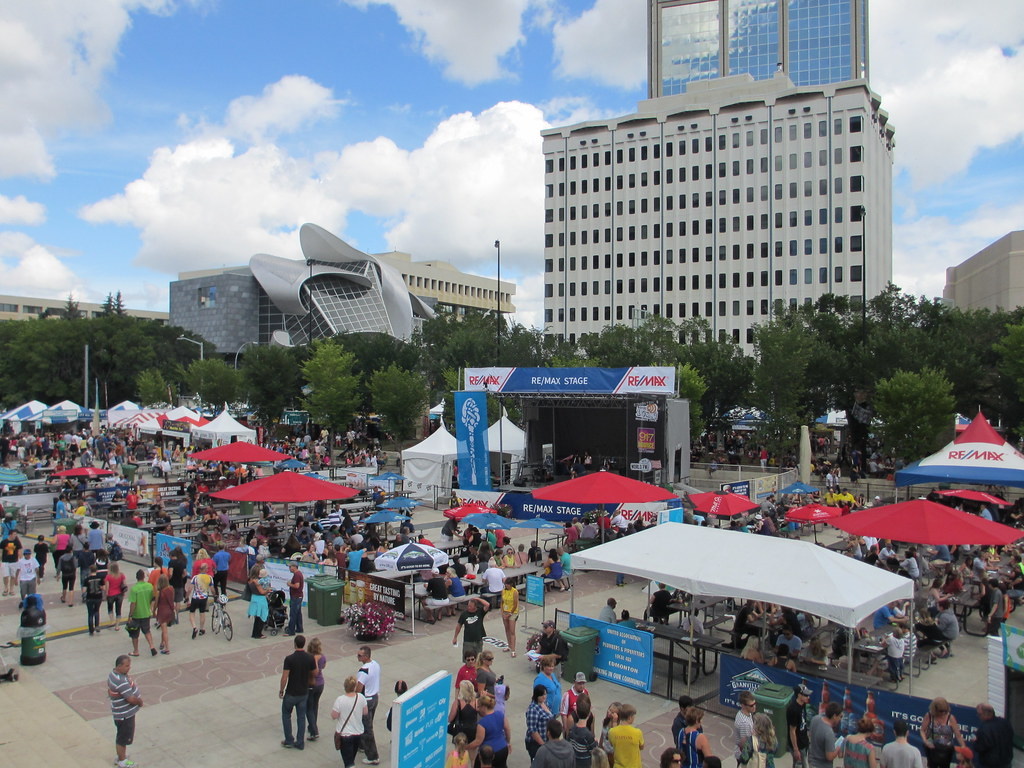 Taste of Edmonton in Churchill Square in 2013. (Mack Male/Flickr)

The Heritage Festival is more optimistic, posting: “There is hope. It was dim a while ago but the chances of us moving ahead are growing.”

Executive Director Jim Gibbons indicated they are also planning for a socially-distanced event July 29 – August 1, with ticketing moving entirely online, and the necessary spacing across the park. “We’re going to keep the number of pavilions down. People will be much more spread out, for sure, if they’re on site,” he said.

Permission to operate the festivals will require approval from the City of Edmonton, Alberta Health Services, and the province.