As Premier Jason Kenney attempted to lighten the news of increased COVID-19 restrictions last week by optimistically claiming the coming months would be the "best summer in Alberta's history," arts and festival organizers rolled up their collective sleeves and stared at the many un-jabbed arms around them. Gathering in any large capacity, it seems, could still be a ways off.

As the likes of Edmonton Folk Fest and Big Valley Jamboree made tandem announcements that they would not proceed this year, seasoned festival producer Brent Oliver told CTV that he does not foresee any of the province's marquee summer gems like Edmonton Fringe and Calgary Stampede happening, especially not with their usual über high attendance and international programming.

"The big thing about any of these events is that they can't happen in a vacuum. They need some planning," Oliver said. "You can't get national artists to come to Edmonton or Calgary or wherever without some significant safety concerns." 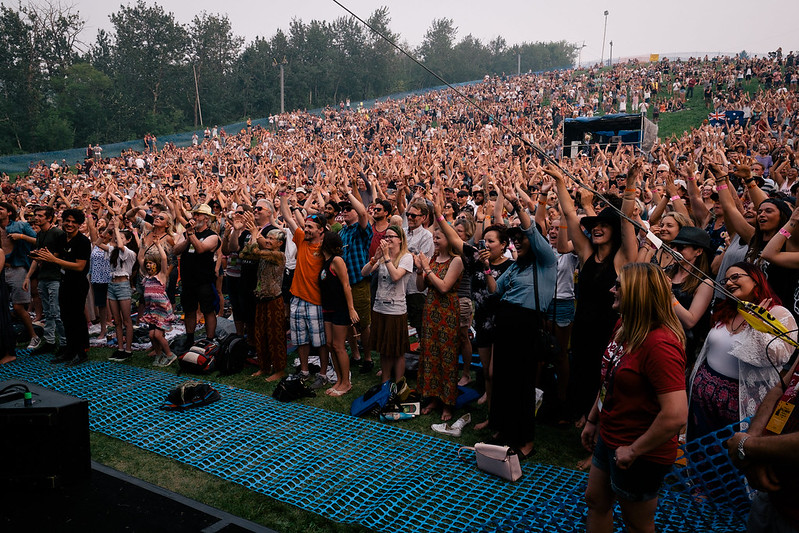 No masks?! No distancing? Hoards of people singing? Not this summer.
(Stephen Wreakes/Folk Fest)

While most fests are still in the will-they-or-won't-they category, it's reasonable to predict that anything with close theatre-style seating, even in open air, is unlikely for a while.

So, will the whole national Fringe circuit take another year off, or will its intrepid organizers offer something small-scale? Will people bust their gastronomic guts watching the world of dance at Heritage Days? Will there be Big Shakespeare in Hawrelak Park? (Stratford says nope: They already announced a more intimate cabaret-style season.) And just how are Edmontonians supposed to plan summer budgets at this point — should they instead invest in a new patio set for distanced yard parties?

As we wait for more official news, at least we can enjoy a wee happy hour in seeing Shakespeare vets like John Ullyatt posting about making whiskey on Instagram. It's like a dram of hope.