Edmonton residents want the city's planning and infrastructure to accommodate everyone — regardless of income, housing status, or how they choose to get around.

That's what Taproot heard in the final People's Agenda listening session on April 29, which saw more than 20 people participate in a discussion about public infrastructure.

The event was prompted by Taproot’s People's Agenda, a document that’s being compiled based on the responses to this question: What key issue do you want the candidates to talk about as they compete for votes in the 2021 municipal election, and why?

Vivian Manasc, the event's featured speaker, said that good city planning is inclusive of all residents.

"A healthy city has space for many different ideas," she said. "It has to work for everyone."

Manasc is an author, former president of the Royal Architectural Institute of Canada, and the senior principal and architect at Reimagine (formerly Manasc Isaac), a company she co-founded in 1997. In 2018, she earned a lifetime achievement award from the Canada Green Building Council for her contributions to eco-friendly building design.

Those who attended the listening session broadly agreed that city councillors should be as inclusive as possible when it comes to building Edmonton. To this end, they said the next city council should make the city more walkable, implement more infrastructure for houseless residents, and involve the community more in the planning of big infrastructure projects.

To kick off the event, host Chris Chang-Yen Phillips asked the audience what one thing a well-planned Edmonton should have. (Taproot Edmonton)

Manasc said that her primary city planning concern is about walkability, and wants Edmonton to be a "15-minute city", where residents of any neighbourhood could access where they work and any necessary amenities by walking for no more than 15 minutes.

In order to achieve that goal, the city will need to be more dense than it currently is. Edmonton's city council approved The City Plan in 2020, which includes strategies to encourage density, but both Manasc and session participants said more could be done.

"There is an aspiration to get to more density, but the city still does struggle with sprawl," Manasc said.

One participant said council should do more to incentivize the redevelopment of residential properties in the inner city. The resident, who indicated they work for the City of Edmonton, noted a trend of residential developers converting agricultural land on the edges of the city limits, and said that building infill developments instead would drastically limit urban sprawl.

While Edmonton’s City Plan does account for infill housing, another participant said council could push developers further in this direction by changing the property tax structure to encourage projects of a certain density or that are located in specific areas.

"I don't think there is any reason a city our size should have surface parking lots downtown," she said. "If we had much higher taxes on vacant land, pretty quickly people would redevelop those sites."

Another way the city could encourage density and make the city more walkable is by expanding and improving the active transportation network. The group of participants largely agreed that mass transit, pedestrian and cycling infrastructure could be better.

One resident, who indicated they often commute by bike, said the current council's effort to build more bike lanes is a step in the right direction, but that there are many small changes that still need to be made to improve mobility for cyclists and pedestrians, like removing unnecessary stop signs along a major cycling route on 83rd Street. The resident said improving bike lanes would not only help with commutes, but would make the city more vibrant.

"Bike lanes are not just for cyclists — they are a fun thing to do," they said. "If you're wanting people to use this stuff, then you need to make it enjoyable."

Earlier this year, Taproot heard from many citizens who were concerned about municipal projects taking longer and being more expensive than originally expected. The Valley Line LRT, which was originally planned to be operational in December 2020, but won't actually be finished until later this summer or fall, was a recurring example. 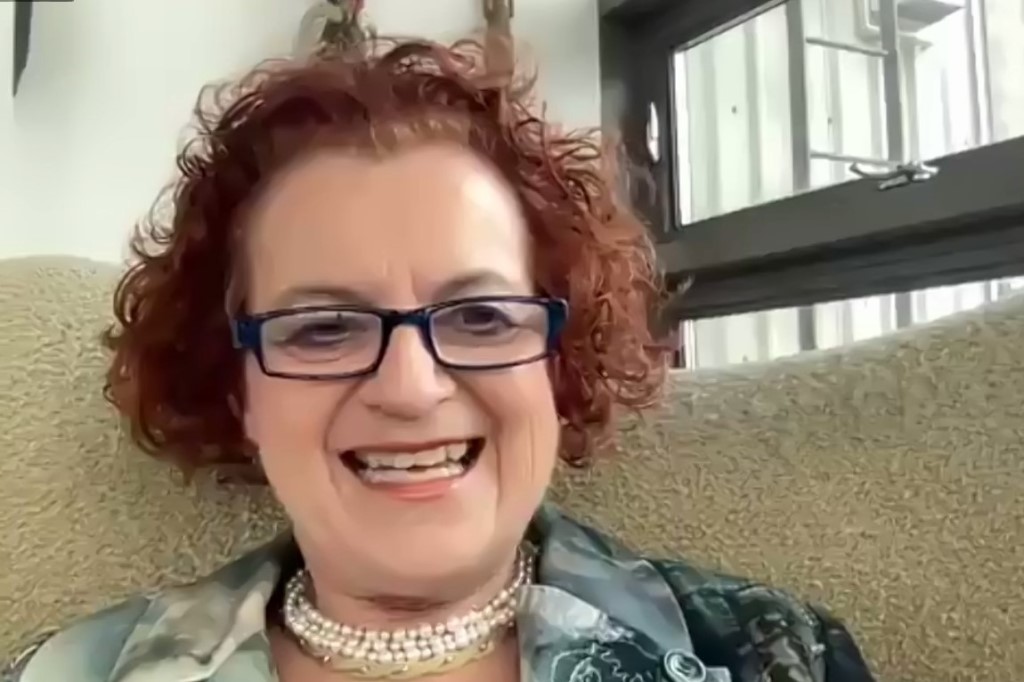 Vivian Manasc has been a longtime advocate for sustainable planning and design. (Taproot Edmonton)

Participants in the listening session said council should take more time to consider big projects, so it can properly assess budgets and schedules up front.

Manasc said a major reason for many projects going over budget is the fluctuating prices of materials, which is due to global markets not within city council's control.

One resident said they would like to see the city streamline the process of cross-departmental collaboration, to find "the best way to get everyone to talk to each other."

A few others said they want to see more community involvement in the planning of big projects, which would give people a better understanding of what is involved, and help ensure the city is spending funds on things that residents think are worth it.

"You can spend a ton of money on infrastructure and still not attract people," one resident said.

That person explained that the next city council should take a "human-centric approach" to city planning. Using transportation as an example, they said the city should take a deeper look at what issues people have getting around, before budgeting money for transportation projects.

The group said they want city planning to be more inclusive overall, not just when it comes to transportation.

One participant said they want to see places where "BIPOC Edmontonians can hang out safely and joyfully."

"We need more spaces that are safe for ... people of every description and background," Manasc added. She pointed to the Indigenous Culture and Wellness Centre as a positive example.

The city should also be more inclusive of homeless people, especially those who choose to live rough, a few participants said.

They want the next council to be more accommodating of homeless encampments, such as Camp Pekiwewin, which was cleared out by the city last fall. Residents said council should also look at building more infrastructure for Edmontonians who live outdoors, including public washrooms and water fountains.

If the next council were to make the city's infrastructure and planning more inclusive, Manasc said the result would be a city that feels more "alive."

"A city that is healthy and vibrant and dynamic would be great," she said.

"There are ways to achieve that."

Visit Taproot's People's Agenda page for more on what we've heard in the listening sessions, and stay tuned for the next phase of the project.