Mayor Don Iveson delivered his final State of the City address on May 5, reflecting on his first address seven years ago when he predicted Edmonton would become "one of the best places to take a risk, to innovate, to launch ideas."

"I stand here today, confident that we've done that," Iveson said. "Now, more than ever, we're building something extraordinary on the banks of the North Saskatchewan."

Iveson said that Edmontonians are primarily responsible for the positive changes he has witnessed — through collaboration and a willingness to innovate. He also credited city council with moving forward on the expansion of the LRT network, other infrastructure projects like neighbourhood renewal and new bridges, climate initiatives, and partnerships with neighbouring municipalities.

Last fall, Iveson announced he would not be running in the municipal election this October. He noted that he has "unfinished business" at city hall that will be left in the hands of future city councils.

Currently only one of the city’s four LRT projects is fully operational. While the Valley Line Southeast is set to be up and running later this year, construction on the Valley Line West hasn't started, and the southern extension of the Capital Line is still in need of funding.

LRT expansion was a top priority for council, and Iveson said council has largely delivered on that promise.

"We’ve done more during the past seven years to build out the LRT network than any mayor and council have done in the history of this city put together," he said, noting both the actual construction of new lines and the city’s successful effort to secure permanent federal funding for future projects. 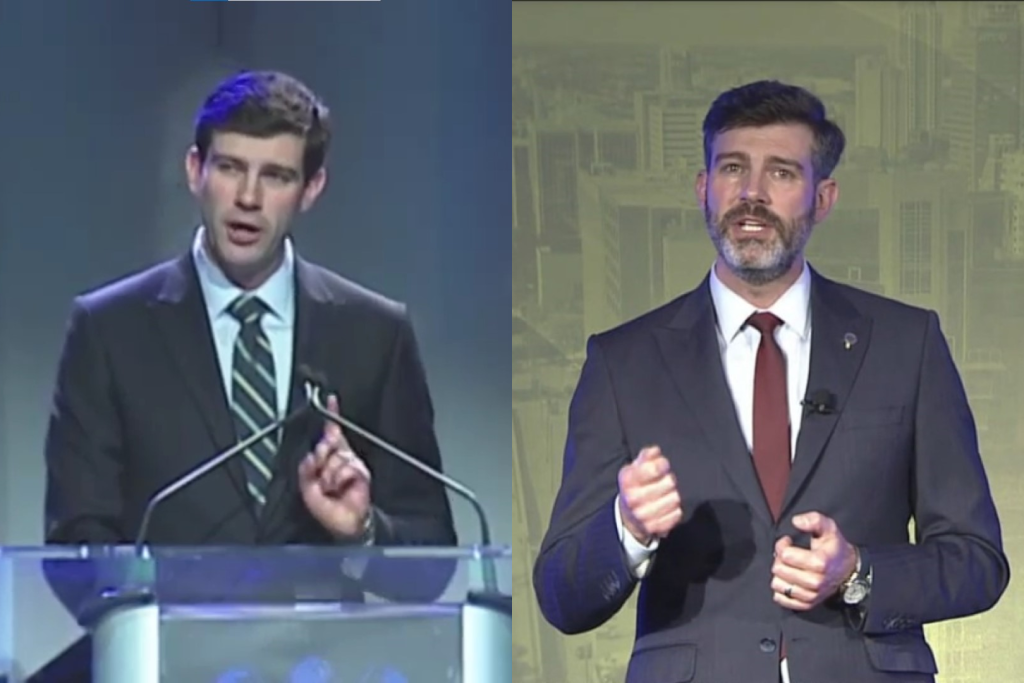 Despite the mayor's intention to drive the city to take risks, city council has not been widely known for pushing limits. The decision last summer to cut scheduled increases to police funding by $11 million over two years was criticized by University of Alberta law professor Ubaka Ogbogu as "a lack of political bravery" for not going far enough. The set of police reforms endorsed by council this spring were similarly criticized by Black Lives Matter Edmonton for being "not good enough."

Iveson also pointed out that Edmonton has still not ended homelessness, despite city council endorsing a 10-year plan to end homelessness in 2008, while he was a councillor. Although the long-term goal hasn’t been fully achieved, he did praise what the city has accomplished so far by housing 12,467 people during that period, as well as building an updated plan to end homelessness which lays out targets and strategies into 2026.

Iveson played a lead role in adopting several other long-term plans, which will have implications on city operations long after his term ends. The City Plan, which was passed in 2020, includes strategies for increasing density and accommodating Edmonton's population growth as far forward as 2040. The Community Energy Transition Strategy and Action Plan passed last month includes strategies for lowering the city's greenhouse gas emissions that extend as far as 2050, and includes a $100 million annual commitment for the 2023-2026 budget cycle.

The mayor is confident the city will continue on these paths after he is gone. He noted that these plans were informed by what he and the rest of city council heard from Edmontonians in the first place.

"It's not my long-term vision for the city — I played a role in helping craft it, but it's really Edmontonians' vision," he said.

Iveson is proud of the work city council has done but he reinforced that it is the people of Edmonton who have pushed them forward.

"When I say we are building something extraordinary here, I’m talking about the great people of this city — the spirit and achievements of Edmontonians, because as I’ve said many times, you are the real city builders," he said.