As temperatures creep upwards and Edmonton gains a few more minutes of light each day, Adam Laughlin is preparing for one of the busiest construction seasons in his 16 years with the city.

The City of Edmonton has 268 projects underway, with plans to spend $1 billion on construction this year.

"It's a really ambitious capital program. The 2019 to 2022 (budget) is the largest that we've seen over my time at the city in terms of infrastructure spending,” the deputy city manager of integrated infrastructure services told Taproot's Speaking Municipally.

Work will continue on the already delayed Valley Line Southeast LRT, which Laughlin is cautiously estimating will be complete by late 2021. Other upcoming projects include road paving, neighbourhood renewal, playground construction, plus improvements on Yellowhead Trail and Terwillegar Drive.

While there has been some criticism about construction timelines in the city, Laughlin said any negative perception is the result of "how projects are reported.”

"The suggestion or the notion that you're going to be perfect on infrastructure delivery is a fallacy, because you can't," Laughlin explained. "When you get into construction, you're going to find some imperfect situations. You do your best to figure out how to mitigate those, but you're just not going to have 100% on time, 100% on budget."

Regardless of past delays, Laughlin said his department works hard to ensure projects are completed efficiently.

"We do our best," Laughlin said. "The unfortunate part of that is that we don't control all of the utility companies. We do our best to coordinate that but it's a big city — lots of projects, lots of different issues come up." 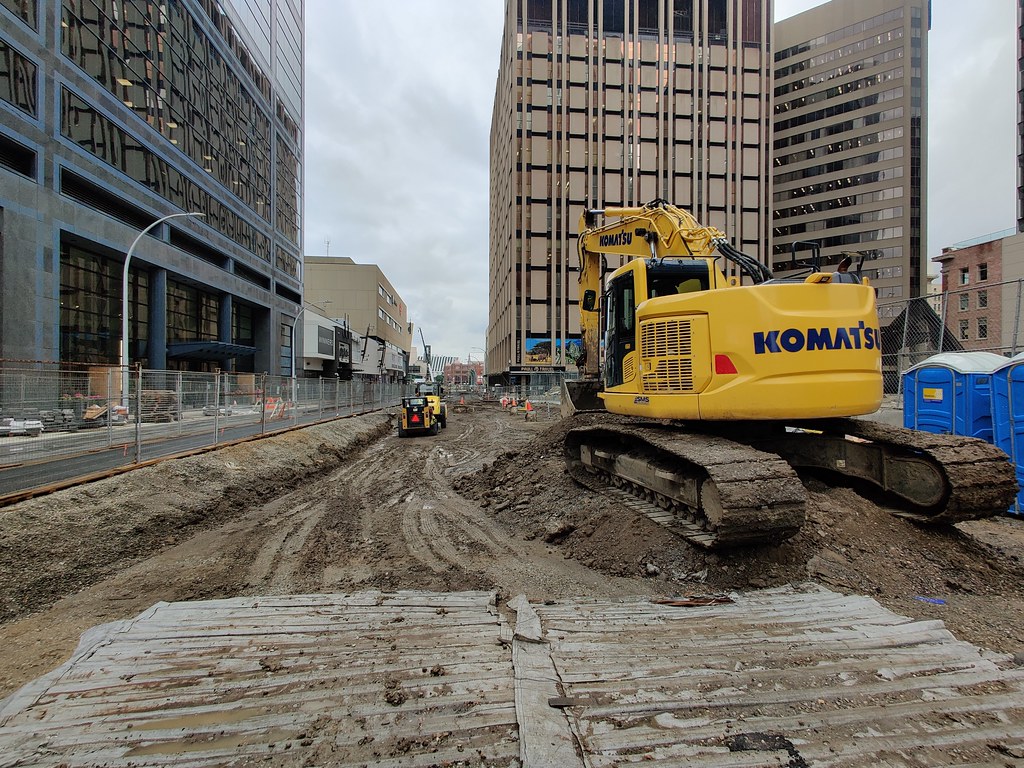 Construction of the Valley Line LRT continues in 2021, alongside more than 200 other construction ventures. (Mack Male/Flickr)

"We've taken significant steps to improve our project delivery, and the proof is in how we're delivering," Laughlin said. "Over 90% (of 2020's projects were) on budget, (and we’re) close to 80% on schedule for 200 to 300 projects delivered in a year."

The department of integrated infrastructure services has also announced several other projects it plans to tackle this summer. The Municipal Stimulus Program will aim to boost Alberta's economy by improving infrastructure in industrial neighbourhoods, while Jasper Avenue New Vision, Imagine Jasper Avenue, and the 105 Ave Streetscape projects are also in the works.

Laughlin will draw on his experience as former interim city manager to ensure the construction season runs smoothly. While speaking with Taproot, Laughlin also offered advice to mayoral candidates running in the upcoming municipal election.

"First off, embrace the City Plan. It's a plan that Edmontonians provided input on. The other piece of advice I would give them is just trust the advice of (city) administration,” Laughlin said.

“We have so many excellent people at the City of Edmonton that bring so much and are so passionate about delivering excellent service, that we don't have an agenda other than to advance council's strategic goals, connect Edmonton to the City Plan, and to provide excellent service."