A group of regional organizations is moving forward with a plan to attract direct international flights to Edmonton International Airport (EIA) using funds from the region's municipalities — despite coming just shy of the initial $15-million goal.

The air services opportunity fund, which is being managed by Edmonton Global, will provide cash incentives and help cover some of the setup and operating costs for airlines that agree to establish direct routes in and out of the airport.

"All the planes are allocated to other routes, either in North America or around the world," said Chris McLeod, Edmonton Global's vice president of global marketing and communications. "We basically have to lure those flights away from other communities, so we need a tool to sit down with the airlines and get them to pay attention."

EIA has been struggling over the course of the COVID-19 pandemic — in part because Edmonton was not selected by the federal government as one of the four ports of entry into Canada. The airport reported $128 million less in revenues in 2020 compared to 2019, and lost 39 of its 52 direct flights.

McLeod added that EIA also lost a number of national connections in the fallout, many of which are currently operating out of Calgary International Airport, which was selected as a port of entry.

Re-establishing some of these flights, as well as attracting new ones, is critical to the region's economy, McLeod said, both because airport activity contributes directly by supporting jobs, and because international flights help create economic opportunities by facilitating the movement of goods and people, which many industries depend on.

"About half the cargo that comes in and out of our region is in the belly of passenger planes," McLeod explained. "When we lost a connection to Europe through (KLM Royal Dutch Airlines), for example, it affected our food and agricultural sectors."

Even the region's flower stores, which rely on imports from countries such as the Netherlands, Ecuador, and Colombia, have been struggling with supply issues over the course of the pandemic. 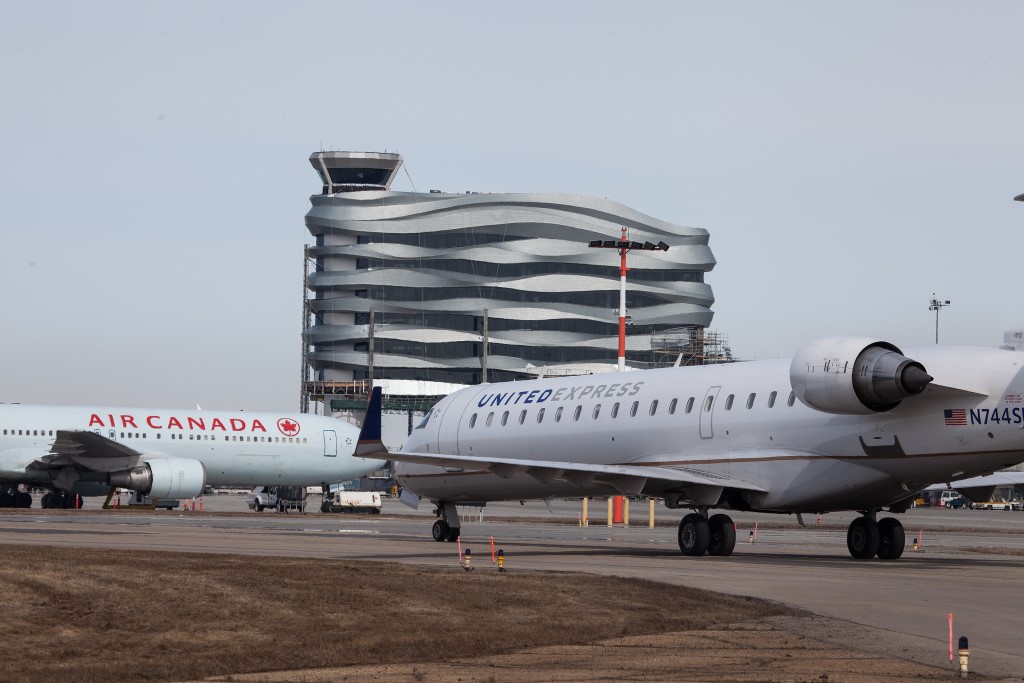 During Edmonton International Airport's annual public meeting in May, board chair Joan Hertz said the COVID-19 pandemic was "the most devastating financial event in our industry's history." (Mack Male/Flickr)

The fund's partners, which include EIA, the Edmonton Metropolitan Region Board, the Greater Edmonton Region Chambers of Commerce, and several others, sought contributions totalling $15 million from 14 municipalities in June. While every municipality's council voted in favour, five of them did not commit the full requested share, while Leduc County council overcommitted — deciding to contribute $1.5 million rather than the requested $335,197. The fund is currently $3,725 shy of $15 million.

"The one-year commitments make it a little bit tricky because the plan is to make commitments with airlines that span a three-year time horizon," he said. "Building it over three years keeps (airlines) committed until enough time has gone by that those routes can maintain themselves."

Edmonton Global is now working on an accountability framework to ensure the money is spent appropriately. McLeod said that the organization has been in talks with airlines, though no contracts have been signed yet. He hopes that EIA will begin to see new and returning flights "in the coming weeks."

"Airlines right now are planning their routes, and those routes will be set for two to five years. If we don't act now, we lose this window of opportunity," he said.

The partner organizations are also seeking further contributions to the fund from other stakeholders, including the provincial government. While $15 million is a good initial goal, McLeod said the fund will ideally have more in the future.

"We don't want to just get back to what we had before," he said. "We'd also like to fuel growth beyond that."