The airline is also expanding its domestic network out of the region's largest airport, by extending its current summer service to Kelowna and Victoria through the winter, Flair announced on Aug. 20.

"Flair Airlines continues to be a strong partner for our airport," said Tom Ruth, EIA's president and CEO, in an Aug. 20 news release. "These new US destinations will be popular non-stop routes as we rebuild our network."

Flair brands itself as an ultra-low-cost carrier, and currently offers one-way flights to Kelowna for $189, compared to as low as $320 with Air Canada. Fares for the new flights, to Las Vegas and Hollywood-Burbank starting Dec. 16, and to Phoenix and Palm Springs starting later that week, will be as low as $99 one way, the company said.

"Albertans have been paying way too much for air travel and Flair is here to change that," said Stephen Jones, Flair's president and CEO.

Air Canada currently offers one-way, non-direct flights from Edmonton to Las Vegas for as low as $247, and does not offer non-stop flights.

The expansion was welcomed by the airport and the region's economic development organization, Edmonton Global, for contributing to the airport's ongoing recovery efforts after a tough year amid the COVID-19 pandemic. EIA reported $128 million less in revenues in 2020 compared to 2019, and lost 29 of its 52 direct flights. 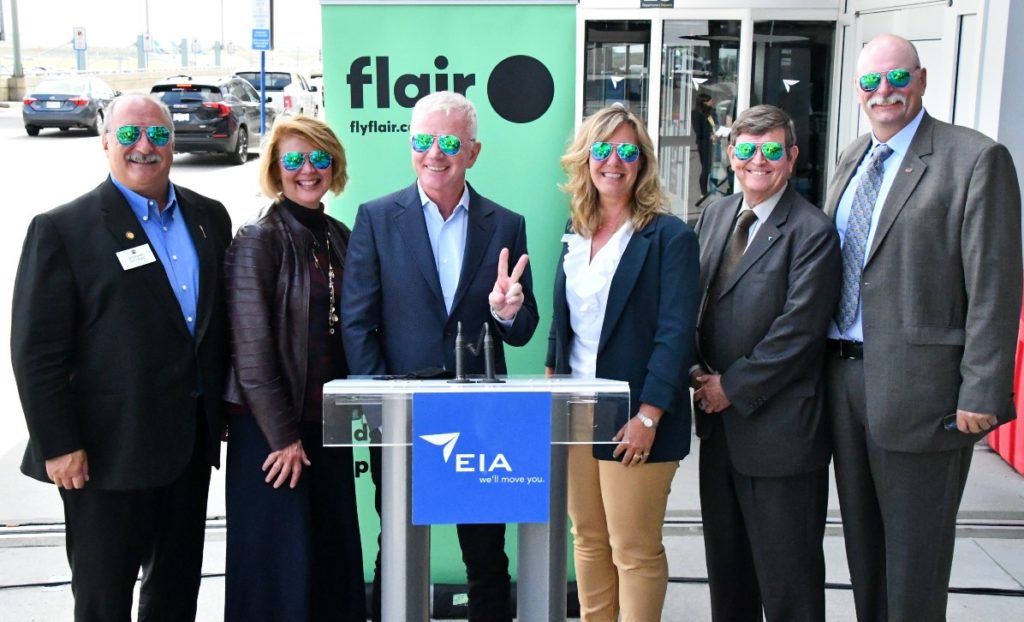 Chris McLeod, Edmonton Global's vice president of global marketing and communications, told Taproot in July that expanding and returning the airport's services will be a critical component of the region's economic recovery, since airport activity supports jobs directly, and supports other businesses in the area by attracting visitors and facilitating the movement of goods.

Edmonton Global, in partnership with several municipalities and organizations in the region, established a $14.9 million fund in July to help EIA attract new international flights and re-establish those that were lost over the course of 2020. However, Sherri Bouslama, a communications strategist with Edmonton Global, told Taproot that this fund was not used to attract these particular new flights.

"This announcement from Flair is an expansion of the investments they have already made into the region," she said.

"Flair Airlines' ongoing investments are a vote of confidence for our region and our business community," said Malcolm Bruce, CEO of Edmonton Global, in the press release.

"These flights will unlock opportunities for businesses across our region, as well as maintain important connections into the United States."