The Tomato, Edmonton's longest-standing food publication, celebrates a milestone this month as it reaches twenty-five years in business. The first issue debuted in September/October 1996.

Founder and editor Mary Bailey remembers those early days, driven by a perspective gained from inside the food scene itself.

"When I started, I was from hospitality and in the wine business and knew nothing about publishing magazine," said Bailey. "I really liked City Palate in Calgary and thought, 'We need to have one of those in Edmonton.'"

At that time, City Palate was a publication focused on Calgary's food culture that began in 1993. Bailey arranged to co-publish an Edmonton edition for a few years, paying them a royalty to use the City Palate name. Eventually, realizing that the shared identity wasn't necessary, Bailey rebranded the magazine as The Tomato in 2010 (City Palate folded in 2019).

"Funny thing about it was when we did it, everything – advertising, readership – went up," said Bailey. "That taught me a big lesson: you have to reinvent yourself every few years because it felt new and fresh." 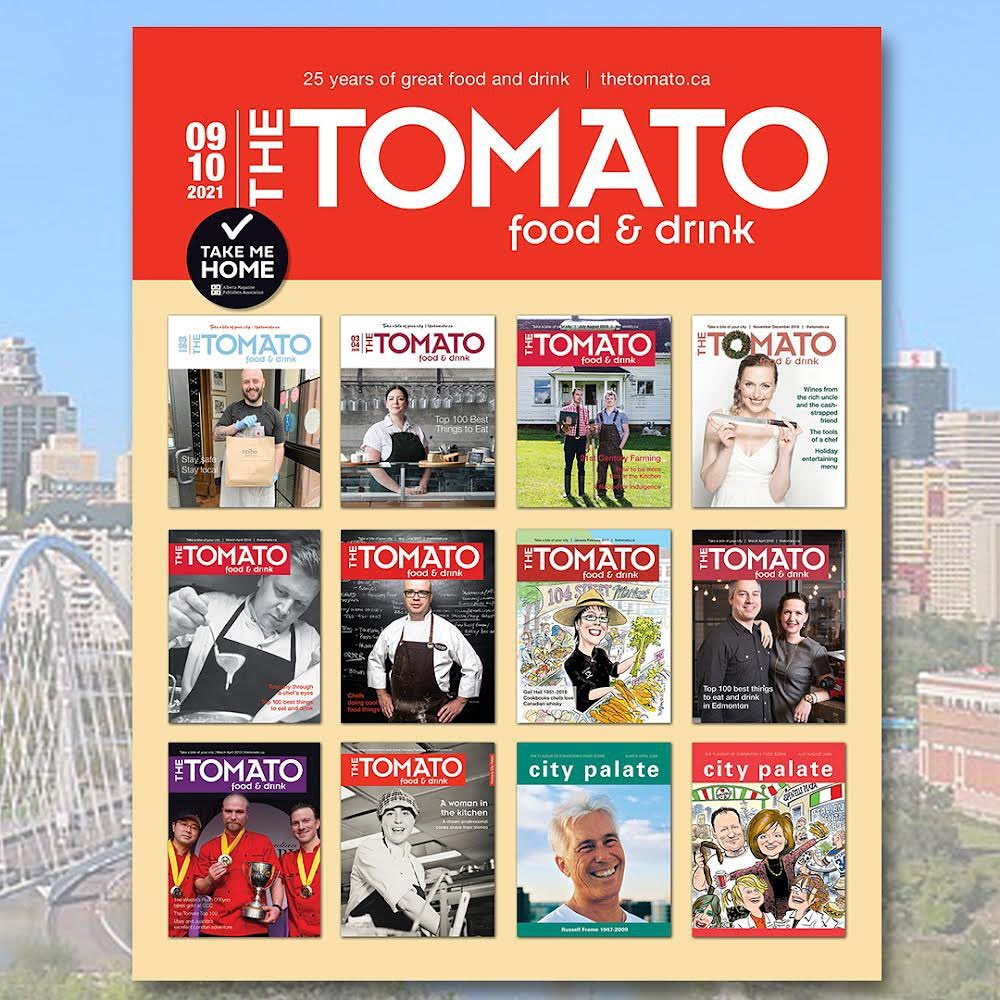 The Tomato is celebrating 25 years chronicling food in Edmonton. (Supplied)

That same year, The Tomato also started publishing content online, but Bailey acknowledges that much of her readership continues to be driven by the print edition.

"I think people look for different things in different places," said Bailey. "I was under the impression that people under 30 didn't pick up publications but so many of my readers tell me they like the print edition because they can't make a recipe and have it on their phone at the same time."

The cover of the September/October 2021 issue features the images of twelve past covers. In Bailey's editorial note, she indicates that the magazine "selected cover images of many of the people who make our food scene what it is."

When asked how it is possible that no BIPOC persons were included, Bailey said that it was not intentional. "I don't think we've ignored the diverse cultures in terms of food," said Bailey. "It's in our pages and not on the covers. We're going to try really hard to do better."

As for the future of the magazine, Bailey believes The Tomato will last because she continues to be excited about Edmonton's food scene.

"I'm a chronicler of the food scene," said Bailey. "I think of my job as finding the people in the business that are doing interesting things. We will continue on talking about food, because food always changes."