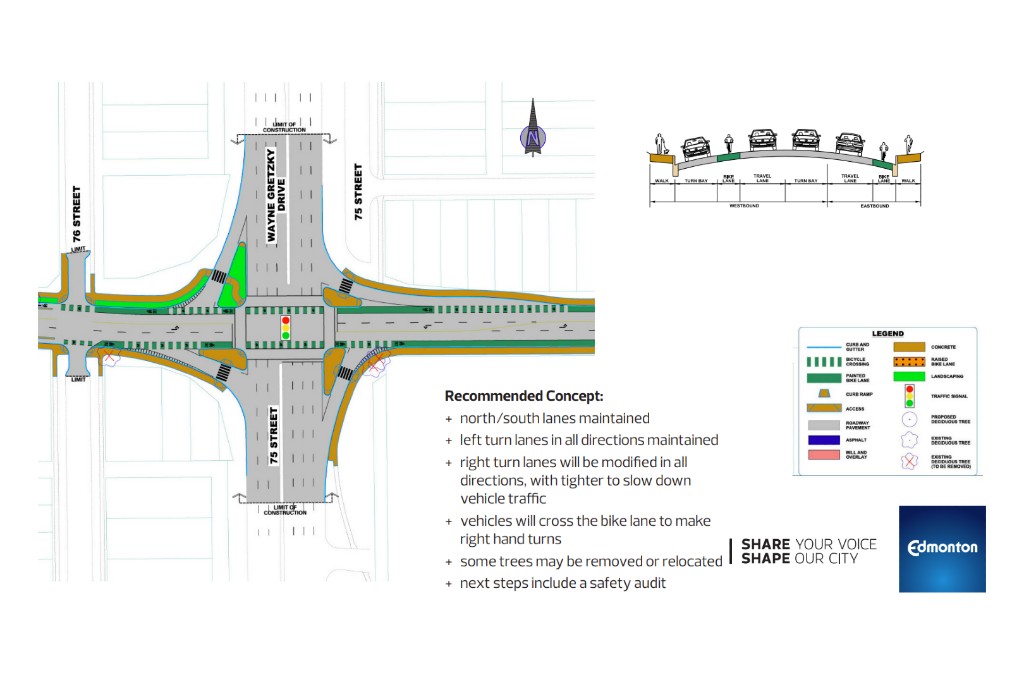 Some cyclists say proposed changes to the intersection of 101 Avenue and 75 Street are unsafe. The Edmonton Bike Coalition is holding a protest northeast of the intersection on June 18 to draw attention to the problems and suggest what a safe intersection for biking and walking would look like.

The new bike lane is a part of the 101 Avenue revitalization project, which seeks to make 101 Avenue into a destination for surrounding communities. A significant portion of the plan involves upgrading walking and biking paths.

The design currently includes bike lanes on both sides of the road all along 101 Avenue, allowing people to bike easily and safely from 50 Street to 84 Street. The bike lane would be protected except for road crossings and in the lead-up to the 75 Street intersection, at which point it would be a painted bike lane.

"The 75th intersection is the most dangerous portion of the route," said Conrad Nobert, organizer of the Edmonton Bike Coalition. "To exacerbate the issue, the slip lane that allows for fast right turns would stay. Slip lanes cause drivers to instinctively look to their left for an opening in traffic at high speed."

The coalition feels the intersection turning onto 75 Street heading northbound is particularly dangerous because the speed soon increases to 80 km/h. Nobert wants a redesign that would extend the protected bike lane to the intersection and remove the slip lane, which tends to prioritize traffic movement over pedestrian safety.

Coun. Ashley Salvador of Ward Métis shares the cyclists' concerns. "I feel that a lot of the new design for 101 Avenue is absolutely fantastic. However, I agree that this particular intersection is problematic," she said.

Concerns about the intersection are news to Miles Berry, a community organizer with the Greater Hardisty Community Sustainability Coalition, which has been working on the 101 Avenue project for 10 years. "I haven't heard anything from community members about the intersection design," he said. "Unfortunately, when designing plans, you can't build them around people not following the rules of the road." 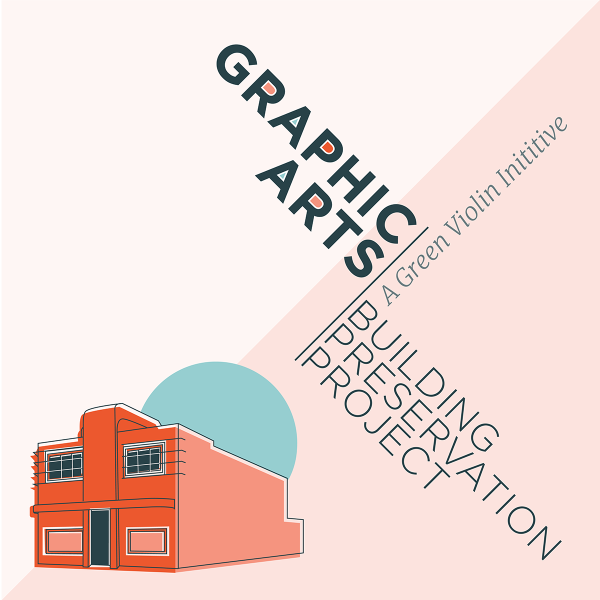 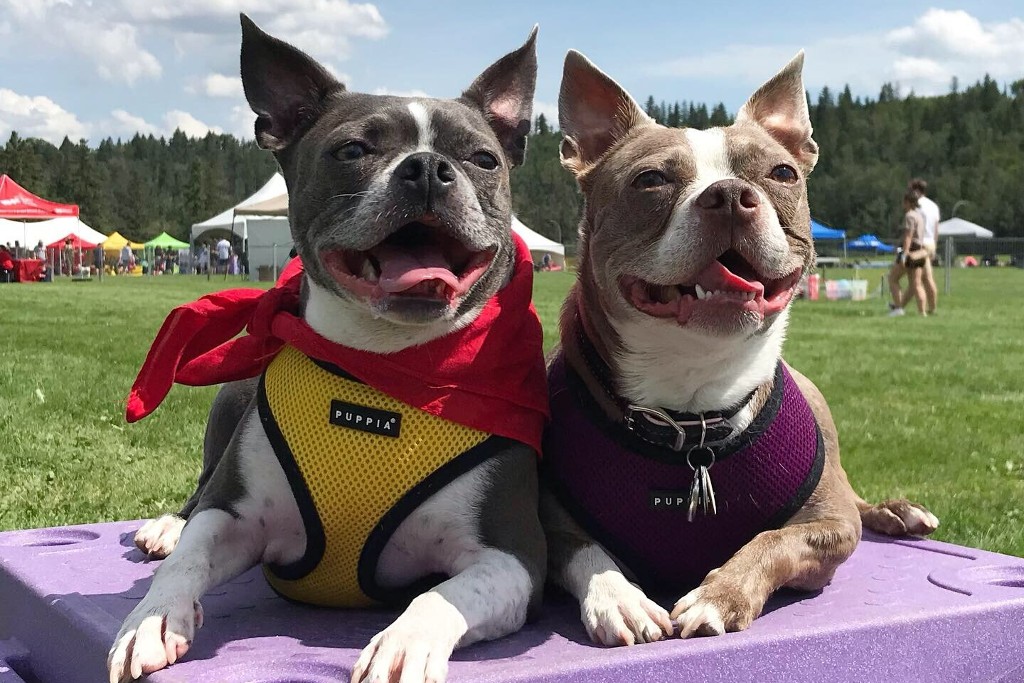 This weekend's events include an interactive exhibit from the Indigenous artist-in-residence, a very Canadian music festival, Pride amid art, an inspiring journey to health, a collaborative theatre project, and pups!