Nadine Riopel wanted to know what she could do to make things better in the wake of the discovery of hundreds of unmarked graves at the sites of former residential schools, with many more likely to be found.

She had read the Truth and Reconciliation Commission's 94 calls to action. But they are overwhelmingly actions for governments and other institutions to take — there's not a lot there for individual Canadians to do. So then she thought she could ask candidates who are running for office what they plan to do to enact and uphold the TRC. And the timing seemed right with a municipal election coming up in October.

That's when she realized the City of Edmonton had already issued its response to the TRC, in the form of the Indigenous Framework, which city council endorsed in February after an extensive consultation with a panel of Indigenous leaders. And her heart sank.

"I felt like the machine was telling me, 'It's fine, it's being taken care of, don't worry about it.' Meanwhile, the media and the activist community and current events are telling me it's not fine and you need to do something about that."

Is there more she can do? Yes. But first, let's understand what the Indigenous Framework is. 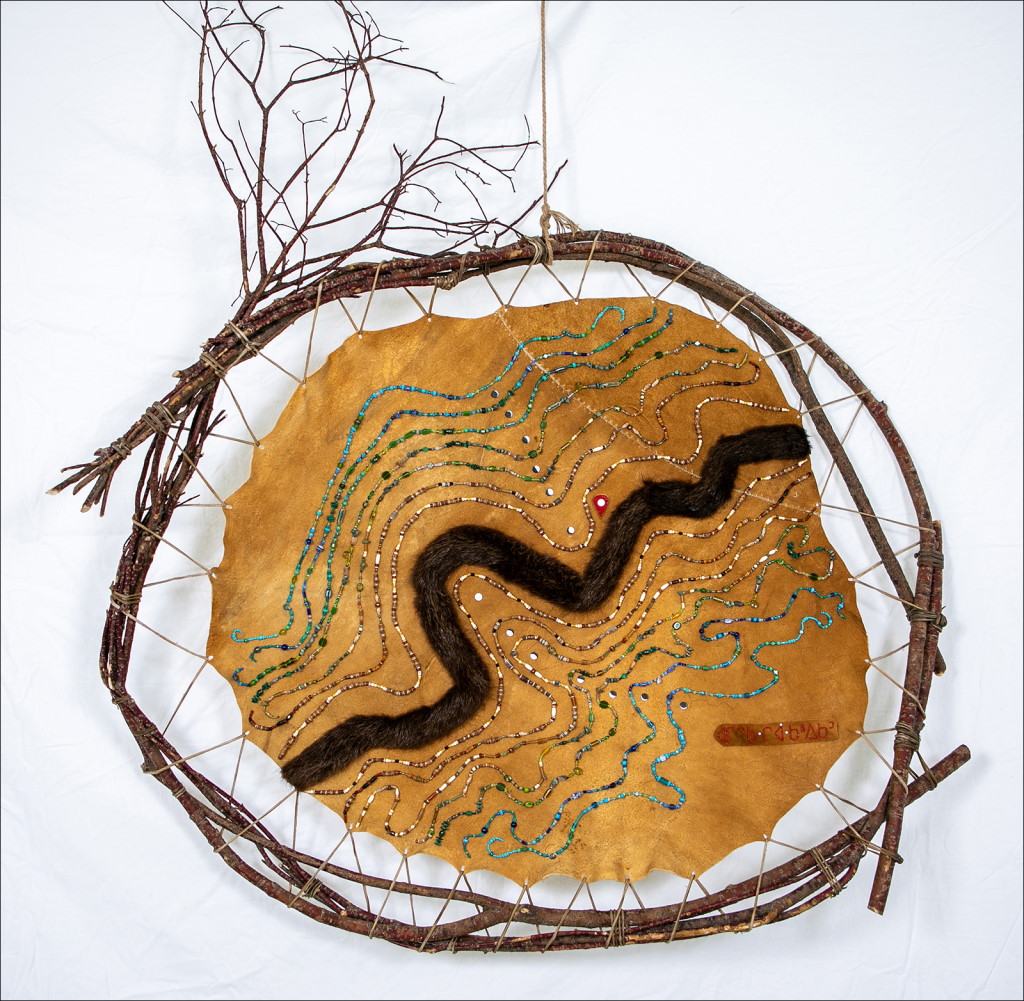 The framework was designed to answer this question: "How can the City of Edmonton best support and build strong relationships with Indigenous Peoples in Edmonton?"

It came up with four roles that every City of Edmonton employee has a responsibility to live out in their interactions with Indigenous Peoples: as a listener, a connector, an advocate, and a partner. It also set out seven commitments:

Elder Jo-Ann Saddleback, a member of the Saddle Lake Cree Nation and the Edmonton Public Library's 2021 Elder In Residence, said that while she is optimistic about the city's implementation of the framework so far, the effort is in its "embryonic stage."

"That will last for at least the next four years, before it even moves into a baby stage," she said. "It takes time, because in order for it to work we all have to be in it together."

Since the framework was approved, the city has been focusing on outreach to Indigenous communities, and opening up communication between Indigenous Elders and employees by organizing learning sessions, which Saddleback said is a crucial first step.

"There's a whole bunch of truths that have to come out," she said. "Everybody wants to go to reconciliation, but we're not finished with the truth."

The search for unmarked graves at residential school sites has only just begun, with money finally coming forward for searches in Alberta.

"We're trying to build this relationship for when more of those truths come out," Saddleback said. "We have to be brave enough to hold each others' hands through it."

City manager Andre Corbould declined a request for an interview about the progress being made on enacting the framework, saying now is not the time.

"I think it is important to quietly reflect on how difficult our nation's history has been," he said in an emailed statement. "The community is grieving, and I would prefer listening over talking at this time."

There have been some actions that seem to be in the spirit of the commitments. A bylaw instituting Indigenous names for city wards was approved last December, before the Indigenous Framework was adopted. More recently, the city removed references to Bishop Vital-Justin Grandin — an architect of the residential school system — from the Government Centre LRT station in June.

Saddleback said these efforts are also crucial in the early stages of reconciliation, since they help create a safer and more welcoming environment for Indigenous people in the city. She mentioned PÎYÊSÎW WÂSKÂHIKAN (which translates to Thunderbird House) in the Stanley A. Milner Library as an example of a dedicated Indigenous space.

While incorporating Indigenous names and increasing consultation with Indigenous peoples are welcome steps, Saddleback said the city has years of work to do when it comes to commitments in the framework like "eliminating systemic racism and discrimination." That would require far-reaching policy changes, including everything from bylaw enforcement, which disproportionately targets Indigenous people, to zoning and neighbourhood design.

Others agree that the city has a long way to go.

"While removing Grandin's name and image from a LRT station was the right thing to do, consistency is key," tweeted Rob Houle, the Indigenous heritage liaison with the Edmonton Heritage Council. "We cannot continue to have gut-wrenching truths without the reconciliation to follow. One action is not enough. It must be followed by another and another." 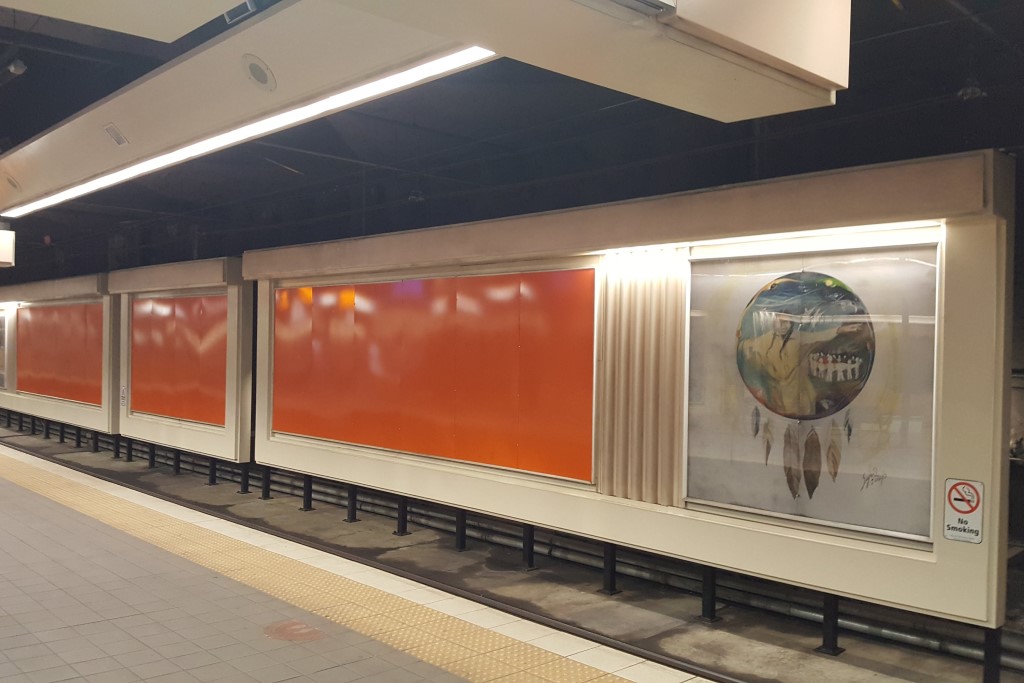 The city changed the name of the Government Centre LRT Station to remove a reference to Bishop Grandin, and covered up a mural depicting him and a residential school, after 318 unmarked graves were discovered near the former Kamloops Residential School in early June.

Houle and others criticized the city for moving forward with Canada Day celebrations, including the annual fireworks display, which is expected to cost $250,000.

"July 1 is a perfect opportunity to show how committed we are to making systemic changes, and avoid falling into business as usual," Houle said on Twitter, adding that the city should have cancelled the fireworks and invested the $250,000 into investigations into the harms of residential schools.

"Such an action will support continued meaningful relationships that work towards collective partnerships that are held in respect, reciprocity, and love," the letter reads.

Mayor Don Iveson responded by saying the city will be taking several steps to respect the victims and survivors of residential schools. That includes lighting City Hall, the Muttart Conservatory, the High Level Bridge, and the Walterdale Bridge orange from July 1 to 4, said Nathalie Batres, a spokesperson for the mayor's office.

"We fundamentally agree that the act of confronting our truths and working towards reconciliation is a long-term endeavour, backed by actions big and small, to undo the injustices of the past," Iveson wrote in response to the letter. 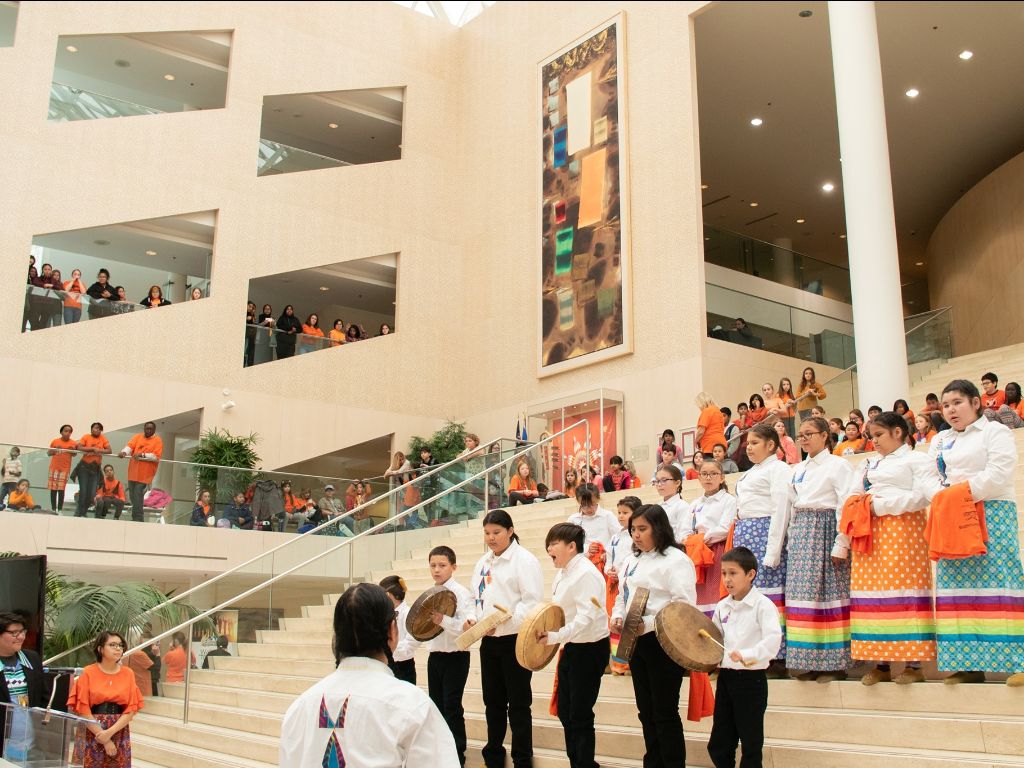 For Indigenous History Month starting June 1, Mayor Don Iveson encouraged Edmontonians to take the time to learn about Indigenous cultures and traditions. (Courtesy of the City of Edmonton)

Saddleback said that the city will have to continue on the path of learning, listening, and communicating with Indigenous people if it wants to be able to implement the more substantial components of the Indigenous Framework.

"Acknowledgement and respect. When we have those, we can work together," she said.

"This administration is doing what it can. Right now, what's important is laying out this foundation, so that the next administration can inherit and build upon it."

And that's where someone like Riopel can step in. As the election campaign continues, Edmontonians have an opportunity to ask candidates what they plan to do to ensure the strategy doesn't just become lip service.

"Maybe that's enough," she said. "It probably is worth it just to bring it up... just to tell them that someone is paying attention and cares about it."