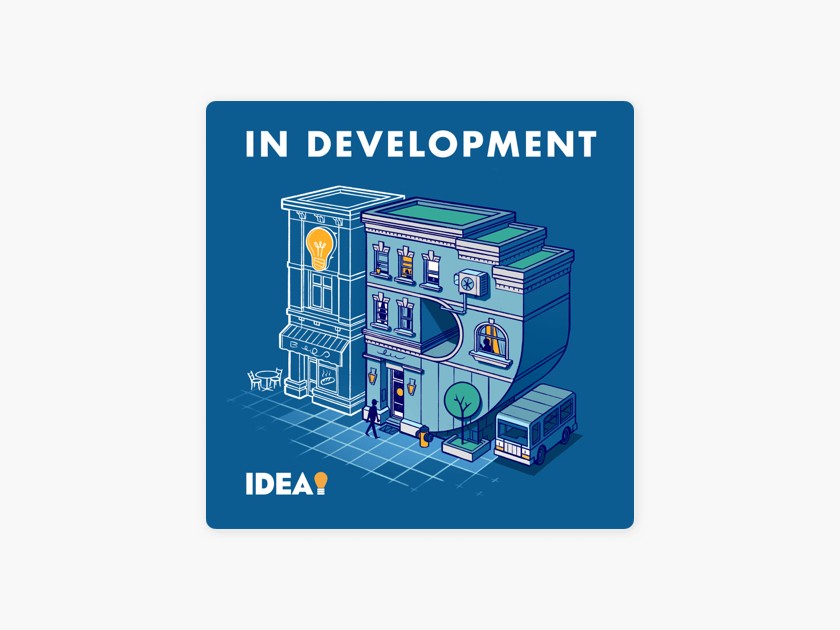 If you're a nerd for how our city is put together, In Development from the Infill Development in Edmonton Association (IDEA) is aimed squarely at you.

"This is the podcast for all you city-builders, city-shapers and city-dwellers out there that care about driving change towards people-centred communities," the podcast declares. It's hosted by Mariah Samji, executive director of IDEA, and Ryan Eidick, a planner and development consultant.

They talk to people involved in various aspects of "how Canadian cities develop in and up," prefacing the central interview with an explanation of any obscure terms or acronyms that may have come up, and rounding out the episode with informed commentary on issues raised by their guest.

The podcast launched in September 2021 with Tegan Martin-Drysdale. She talks about the origins of the IDEA, which she founded to advocate for high-quality development in mature and existing neighbourhoods, as well as a couple of developments her company, Ocheller, is involved in, as well as Homestead, her coworking space.

Other notable episodes among the 15 released so far include a wide-ranging and newsy interview with Puneeta McBryan of the Downtown Business Association and a deep dive into Edmonton's Infill Roadmap with senior planner Sean Bohle. If you like that sort of thing, you might also want to check out Making Space, the City of Edmonton's new short-run podcast on how zoning works through the lens of real-life stories.