Edmontonians interested in running for office in this year's municipal election can now file their nomination papers. The nomination period officially began on Jan. 4 and will be open until nomination day on Sept. 20, four weeks before election day.

In past election years, nomination day has been an opportunity for candidates and the media to meet with election officials and one another. This year, because of the COVID-19 pandemic, that meet-and-greet won't happen. Instead, the city has setup a YouTube channel to livestream when aspiring candidates have scheduled an appointment to register in-person. 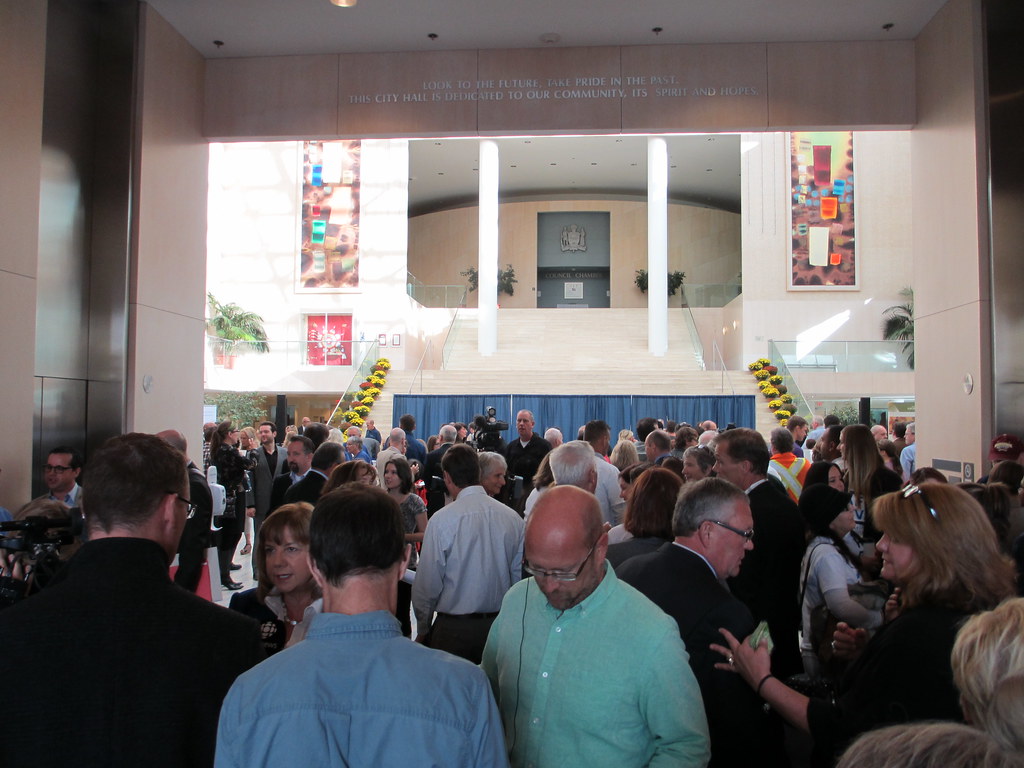 There won't be a meet-and-greet on nomination day as there was in this photo of candidates, election officials, and the media at City Hall on Sept. 23, 2013.

Cheryll Watson, formerly the vice-president of innovation at Edmonton Economic Development Corporation (now Explore Edmonton), was the first to file her nomination papers to run for mayor. Mayor Don Iveson announced last fall that he would not run for a third term in this election.

Last month, city council passed a bylaw changing the ward boundaries and names for the upcoming election. Basic ward maps are available online, and returning officer Aileen Giesbrecht said her team is working to make more detailed maps available in the open data catalogue as soon as possible. Candidates are not required to live in the ward in which they choose to run.

A virtual information session for candidates was held on Nov. 24, 2020.

The Local Authorities Election Act states that deposits must be paid in cash, with a certified cheque, or via a money order, but a ministerial order issued on Dec. 14 modifies the act to allow deposits to be accepted by debit or credit card, an important change given the ongoing pandemic. Council is expected to approve an amendment to the election bylaw to enable electronic deposits at a special meeting on Jan. 7.

With the nomination period now underway, candidates must be registered in order to start fundraising. "Aspiring candidates should not collect money until they have filed their papers, paid their deposit, and been accepted and have received a confirmation," said Giesbrecht.

Candidates may contribute up to $10,000 of their own money to their campaigns, while contributions from individuals are limited to $5,000. Campaign finance disclosure statements must be filed on or before March 1, 2022.