Last week, the family behind King Noodle House Pho Hoang announced that their building has been listed for sale and they are preparing for the closure of the restaurant.

Unfortunately, owners Hoa Sen Dao and Tan Hoang (also known to regulars as the “Moustache Man”) weathered the worst year of business in their 26 years of operation and shared that the pandemic accelerated their retirement plans.

Their noodle soups have been a fixture in the local food scene since 1995, simmered for up to fourteen hours per day. King Noodle’s soup recipe had been passed down for three generations, and though their three children had discussed the possibility of taking over the business one day, the couple had been adamant this wasn’t what they wanted.

“It is bittersweet for the whole family to see the legacy come to an end,” said Linda Hoang, daughter of Hoa Sen and Tan. “Our parents didn’t want any of the kids to take over the restaurant because the last 26 years of business have been so challenging for them in terms of very long work hours, poor work/life balance, and just general restaurant industry stress and hardships—they worked hard in the hopes that their kids wouldn’t need to work as hard.” 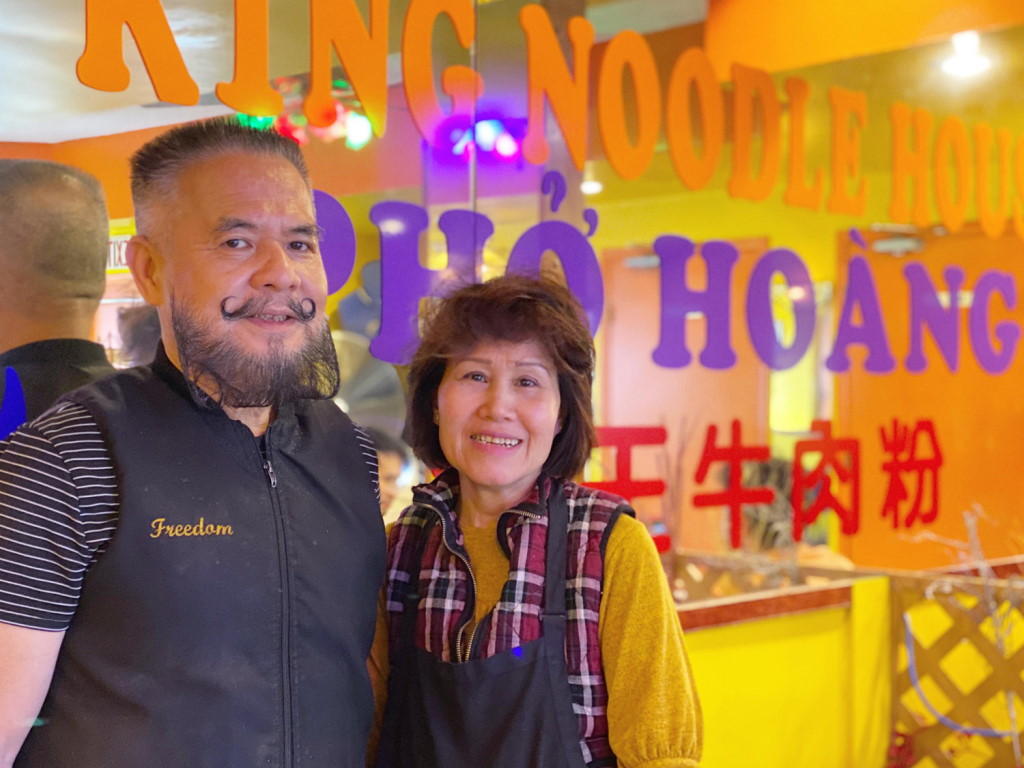 Unlike Hathaway’s Diner, which posted its restaurant for sale last February with the hope that someone would want to take over the business, King Noodle House wants to keep the recipes in the family.

“It was very important to us to ensure only family would take over the actual restaurant, recipes,” said Linda Hoang. “We are hopeful that even after the building sells, there would be opportunities in the future for pho pop ups and other ways to keep the legacy and recipes in Edmonton.”

As the restaurant closure will depend on the speed at which the building is purchased, the early announcement provides ample notice for those hoping for one last bowl of soup before the doors close for the last time. “It could be two years, it could be two months,” Tan Hoang said.