The City of Edmonton needs to make massive changes if it wants to mitigate the effects of climate change, says Jacob Komar, an engineer specializing in green building design and geothermal systems.

"The climate crisis is going to make (COVID-19) look like a bad cold," he said.

Komar is the principal and lead mechanical engineer of Revolve Engineering Inc., and is a member of the Green Energy Alliance of Alberta.

On April 22, he shared his expertise with an audience of more than 20 Edmontonians as part of Taproot's seventh listening session, which asked attendees to participate in a discussion about the global climate emergency, and what city council can do about it. The event was prompted by Taproot’s People's Agenda, a document that’s being compiled based on the responses to this question: What key issue do you want the candidates to talk about as they compete for votes in the 2021 municipal election, and why?

While participants were divided on whether the city's plan takes enough action, whether the messaging around the climate emergency needs to change, and what the next council could or should do differently, they agreed the climate should be a focal point for anyone running for office.

"Climate change policy should be the government's first priority,” said one participant, and others echoed that sentiment. 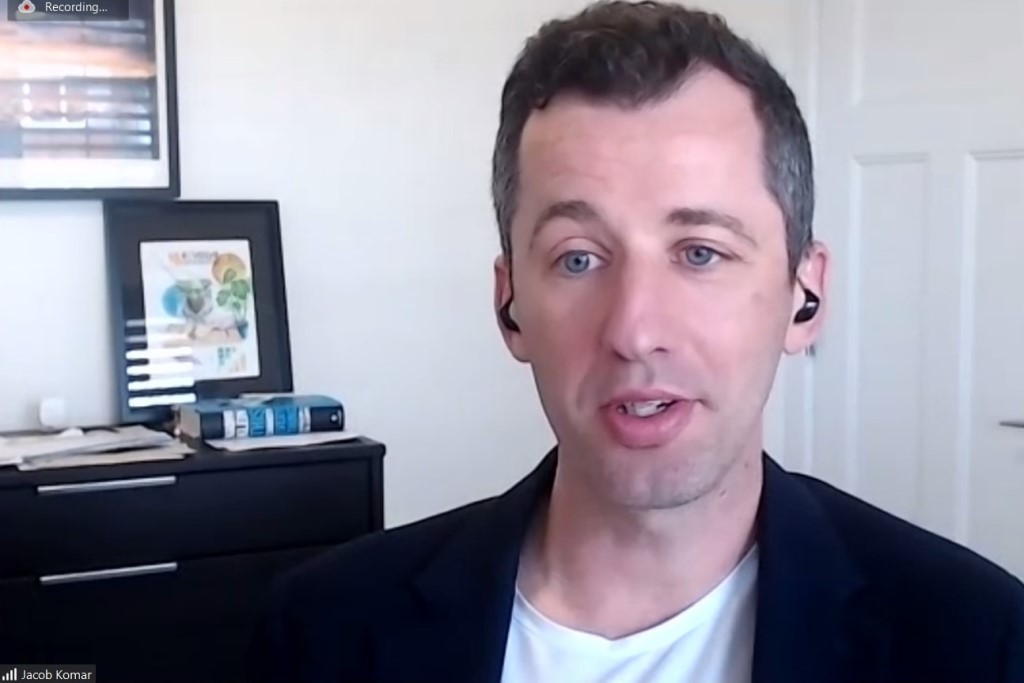 Jacob Komar has designed over ten net zero buildings and more than 40 geothermal systems for a mix of offices, residential buildings, and government facilities. (Supplied)

Komar was also a member of the Energy Transition Climate Resilience Committee, which helped develop the new strategy, and continues to advise council on climate policy.

“Edmontonians really should be proud of this plan,” he said. “It's one of the most comprehensive plans of any city in North America. We could even give Vancouver a run for its money."

Despite moves in the right direction, Komar and the participants at the session noted there is still more city council could do.

One Edmontonian emphasized the importance of recycling grey water — wastewater that is not septic, like the kind used to wash dishes or for irrigation. The resident noted that it is currently illegal for Edmontonians to store and reuse grey water, and that candidates should look at either legalizing it or implementing a public grey water storage system. This could help the city conserve water, which will become more scarce as the earth heats up.

Another participant brought up the city's climate change resilience strategy, which documents plans to adapt to the climate changes that Edmonton is going to experience. They said they want more focus from candidates on this plan, in addition to the mitigation strategies outlined by the energy transition strategy.

One Edmontonian lauded the strategy's focus on retrofitting buildings. The strategy includes plans for the city to directly retrofit its own facilities with efficient building materials and energy systems, and rebates for citizens and businesses who do the same. The resident said this program should be expanded as much as possible.

"In terms of bang for your buck, retrofitting is the best way to go," they explained.

With regards to rebates, Komar said there "is only so much the city can do."

That's because the rebates take money directly out of the city's budget, which is constrained. Considering the energy transition strategy also includes large investments into transit projects and green energy sources, participants acknowledged that the next council should be careful with how it spends the city's money.

The city is not only constrained by the budget, but by its limited powers as a municipal government. Komar said the provincial government hindered Edmonton's climate efforts with changes to the funding and charter powers of municipalities, such as the cut to infrastructure funding in this year’s budget. 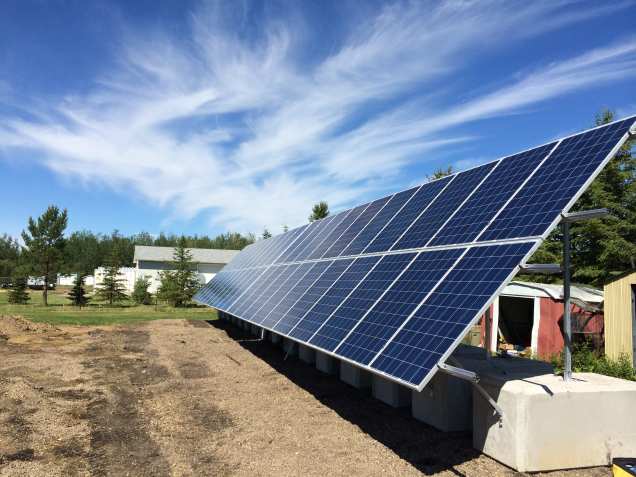 Participants also brought up strategies that are within the city's power.

Komar said he would like to see the city work with other local governments in the area to create regional climate strategies. This would prevent developers from moving elsewhere in the area if they disagree with Edmonton's green building standards. It would also give municipalities as a whole more leverage over the other orders of government.

Others said council should do more to protect the North Saskatchewan River valley. As the largest urban park in North America, the river valley contains vegetation that’s critical to absorbing the city's carbon emissions. The City of Edmonton says about 1% of the city's emissions are absorbed by the river valley and other urban forest, and more tree planting is planned as part of the energy transition strategy.

A few people brought up bylaws council could enact to limit urban sprawl and to ensure buildings are sustainable in the long term, which would not cost the city anything directly but could have an impact on emissions. The city has a few strategies for encouraging density in its City Plan, but participants wanted to see more constraints on developers, in both where and how they build.

"We need to be thinking seven generations into the future for the sustainability of buildings," the resident said.

One participant said "council sets the vision," but that administration, citizens, and businesses are ultimately responsible for making the changes. Broadly, participants agreed that the messaging around climate change is crucial, and within council's control.

Some disagreed with the catastrophic tone that is common in climate change discussions. They said that negative messaging doesn’t always resonate, and that government officials should focus on statements that are positive and practical — offering solutions rather than only talking about the problems. 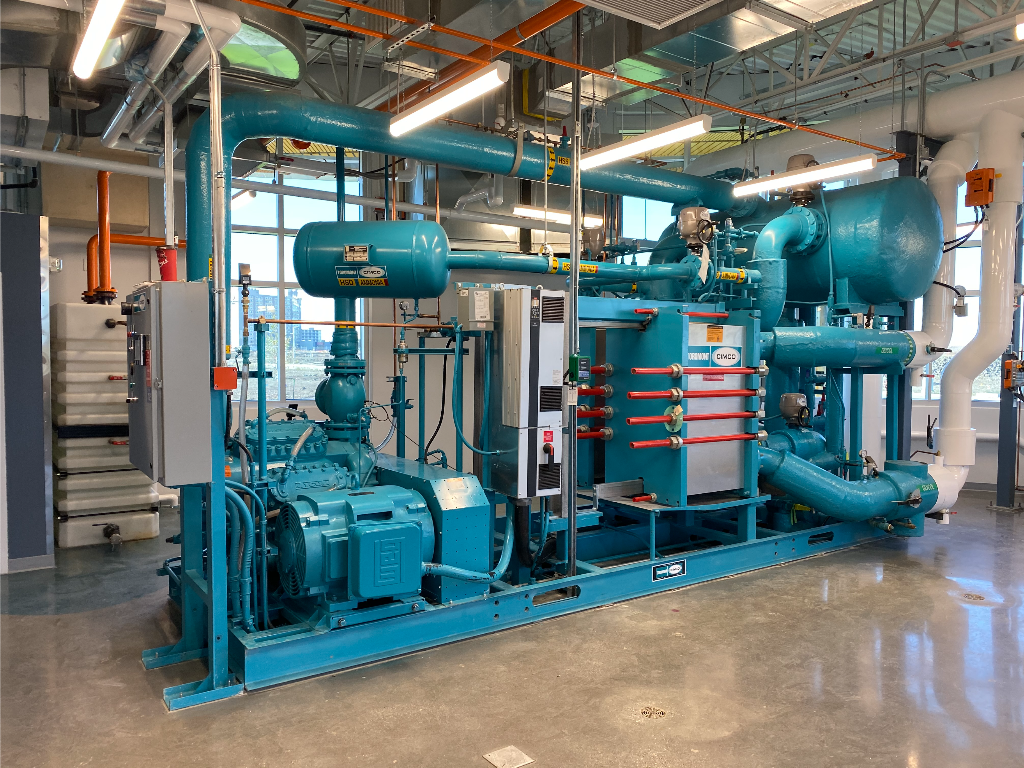 In 2019, a geothermal pump was installed in Blatchford, a carbon-neutral community created by the city. (Jackson Spring)

On the other hand, other participants thought some citizens are taking climate change too lightly. One said the negative messaging is appropriate because it accurately describes the issues, and that officials need to be honest about the problem and the scope of changes needed to resolve it.

City council could also do a better job at highlighting the economic opportunities presented by an energy transition, some said.

"If you look at where the money is going, it's going into renewables," Komar said. "it's simply a question of, 'Are we going to be a part of that transition'?"

A few noted recent expansions in the solar, wind, and geothermal power industries across Alberta, saying the city should do as much as possible to expand on that growth by investing into renewable energy sources.

Regardless of what changes the next city council decides to make, participants agreed that in order to properly deal with the climate crisis, Edmonton will need to take significant action.

"A lot of people don't realize that every aspect of our lives is going to change," Komar said.

"Twenty years from now, you're not going to recognize this city."

Taproot’s People's Agenda listening sessions took place weekly throughout March and April. The last session on April 29 will be a discussion about concerns related to Edmonton's infrastructure. Those interested in participating can register online.