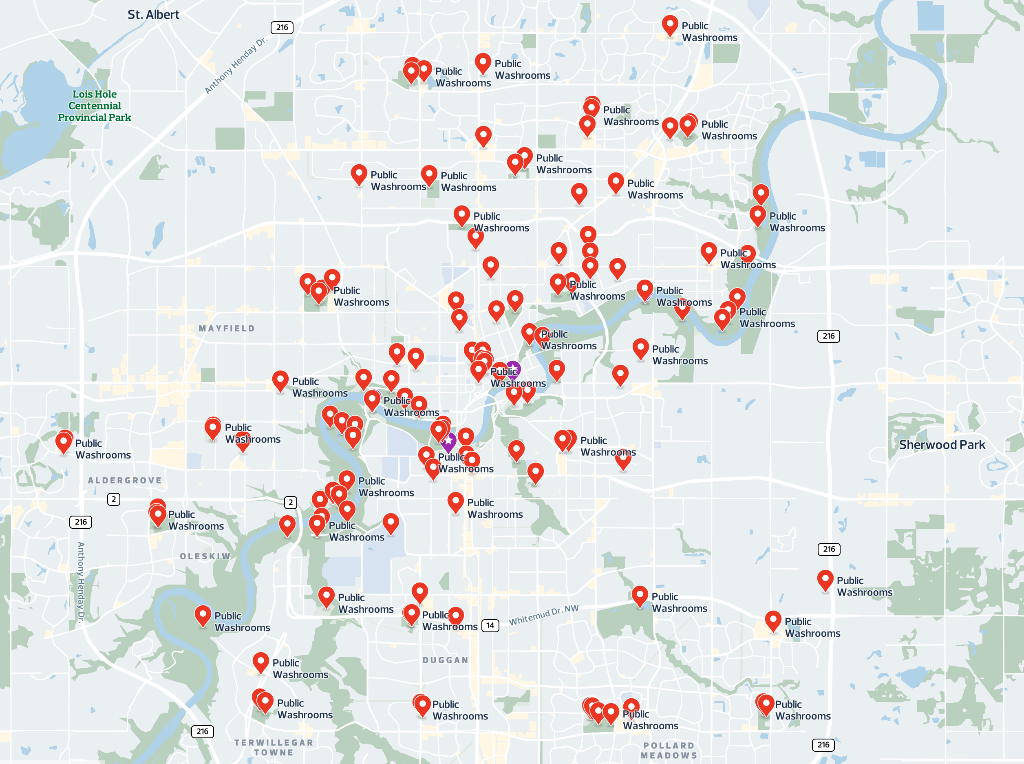 The majority of city council and mayoral candidates who responded to the Taproot Survey agree that the city should have more permanent public washrooms.

It's an issue that the City of Edmonton has been exploring since April 2019, when it launched its City-Wide Public Washroom Strategy with the aim to improve access, user experience, and management of existing facilities (of which there are now 127), as well as develop more permanent public washrooms like the one on Whyte Avenue at Gateway Boulevard.

"I define a public bathroom as something that's like a bench or a street sign or a stop sign — it's on the street and it's free," said Lezlie Lowe, who consulted on Edmonton's public washroom strategy and wrote No Place To Go: How Public Toilets Fail Our Private Needs. "Everybody needs those amenities for a city to work well, it's paid for by tax dollars, and it's available when you need it."

She explained that cities tend to rely on publicly available washrooms, like those in malls or businesses, rather than investing in truly public amenities. That's problematic because access may be compromised based on race, identity, the need to use a mobility device, or many other reasons.

"Those people are more vulnerable, but they're also less frequently the people who are in decision-making roles," she said. "Access is compromised in different ways for different groups of people ... and so not everybody sees or experiences the problem."

Lowe applauded Edmonton for being one of the few cities to tackle the issue at all, but despite its ingenuity, it has been slow to move towards actually developing new permanent facilities — a need that has been intensified by the pandemic.

Nicole Fraser, the City of Edmonton's general supervisor of parks and roads, said the slow progress has in part been due to a shift in focus to making mobile washrooms available during the pandemic and ensuring that permanent washrooms stayed open, with additional sanitation and monitoring.

"This fall and into 2022 we are continuing to move forward with other goals including finalizing standard operating procedures for permanent and temporary washrooms in parks and open spaces, establishing criteria and a method for prioritization for where permanent and temporary washrooms should be located in the city, further defining the role of city and the business community in ensuring accessible, safe and clean public washrooms, and exploring opportunities to work with various partners including alternative strategies for funding costs for maintaining these spaces," Fraser told Taproot. 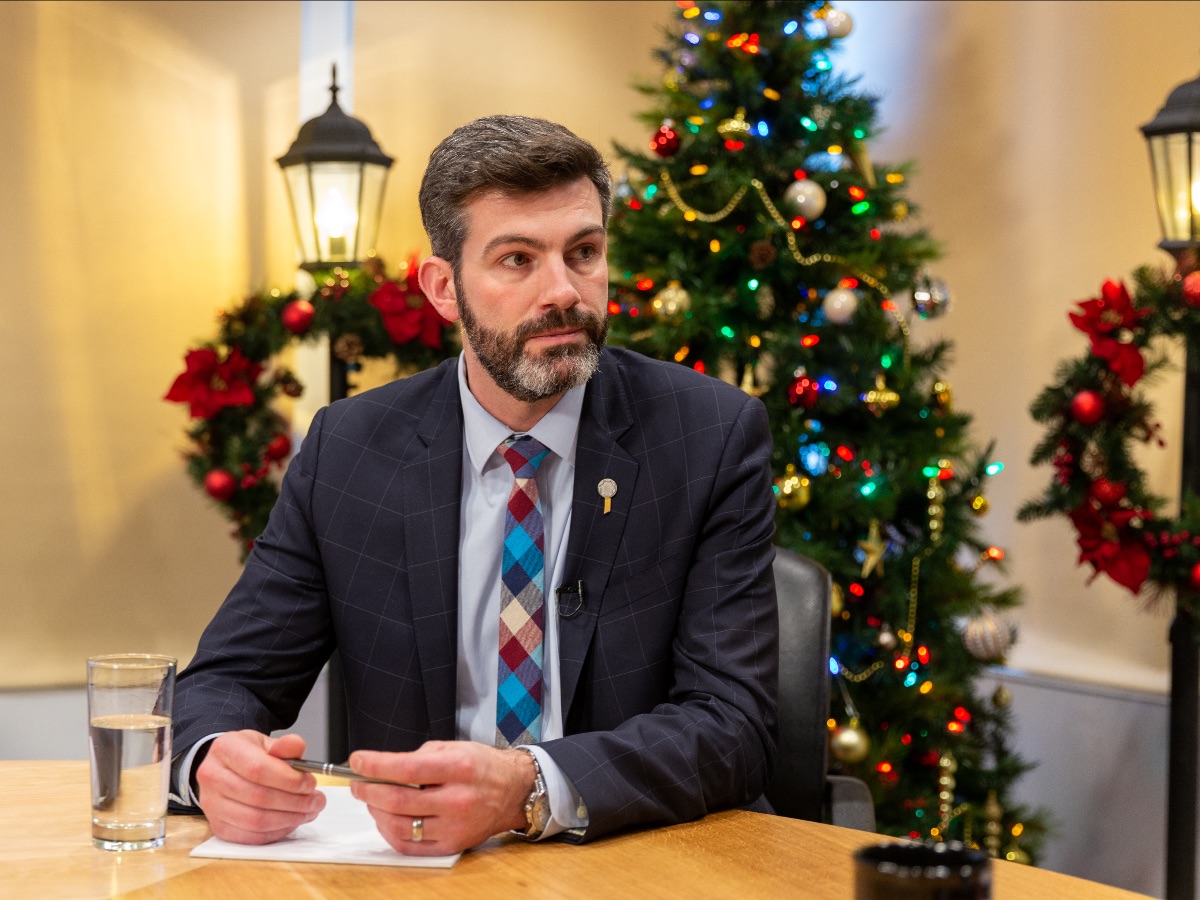 As Mayor Don Iveson nears the end of his second term, he hopes his successor will continue to build relationships with the municipalities surrounding the city.

"A top priority is building those key relationships … because of the importance of having some sense of political solidarity with mayors in the region against all the other pressures that all of us in this region face," Iveson told Taproot.

Regional co-operation has come a long way since he first started as a city councillor in 2007, when Edmonton was in open conflict with its neighbours, Iveson said. A lot of current mechanisms for collaboration, like the Capital Region Board, since renamed the Edmonton Metropolitan Region Board, had yet to be established.

"The region now rallies behind the name Edmonton," Iveson said. "It's no longer a dirty word for the mayors of the communities around us, but a banner they're proud to stand behind, too."

In a transition memo released last month, the outgoing mayor offered several ideas for future goals and aspirations that Edmonton and its neighbours could work toward following the Oct. 18 municipal election. 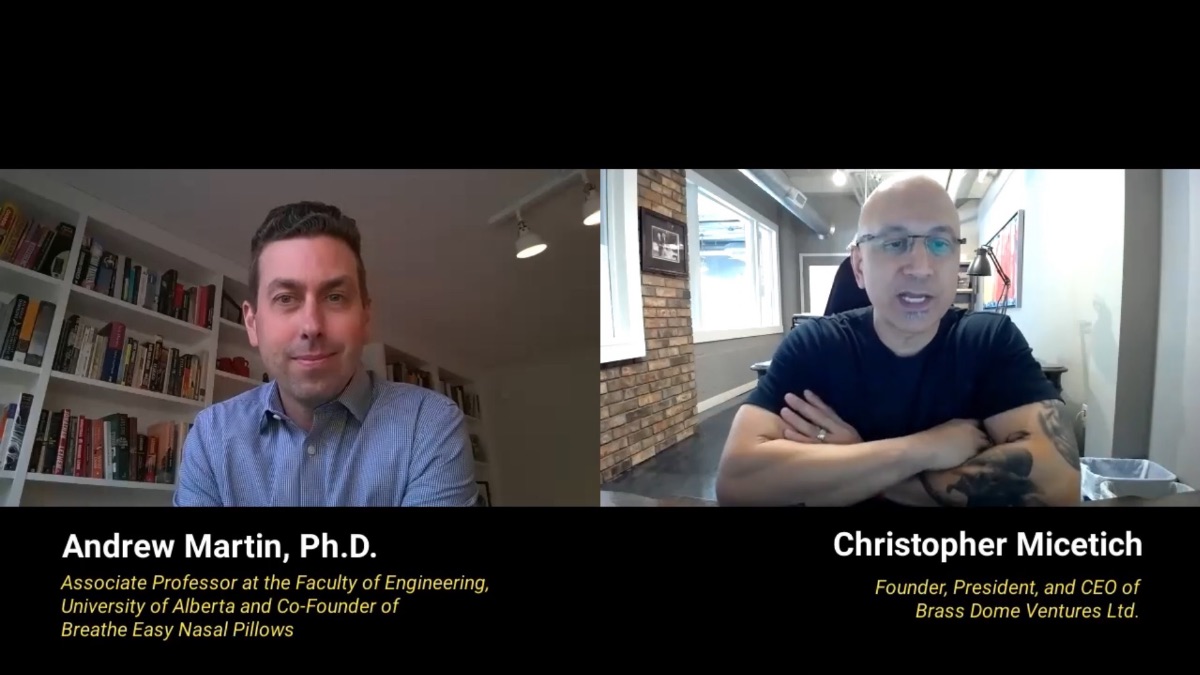 A team of University of Alberta engineers is getting help from an accelerator program to create a new breathing device and bring it to market.

Mechanical engineering professor Andrew Martin worked on a new design for nasal prongs for existing oxygen delivery devices with his then-research assistant Cole Christianson. The goal is to improve performance for patients with low blood oxygen, whose shallow breathing can't be detected by some portable oxygen concentrators.

For help in developing and licensing the device, Martin was introduced to Innovation Masterminds Edmonton (imYEG), an accelerator program that takes research from post-secondary institutions and helps develop it into business ventures.

"The question that got me into engineering in the first place is how on Earth do good ideas somehow end up as products that are sold in the market?" Martin said in an interview with Christopher Micetich, CEO of imYEG.

"The technical innovation is part of it for sure … but there are so many other factors in determining which product ultimately finds a path to the market."

Martin's venture, which is still in early stages of development, is one of the first to be accepted into imYEG's program. Martin told Taproot that he'll be working with imYEG for the next 12 to 14 months to define a roadmap. After that, he'll look at raising capital. 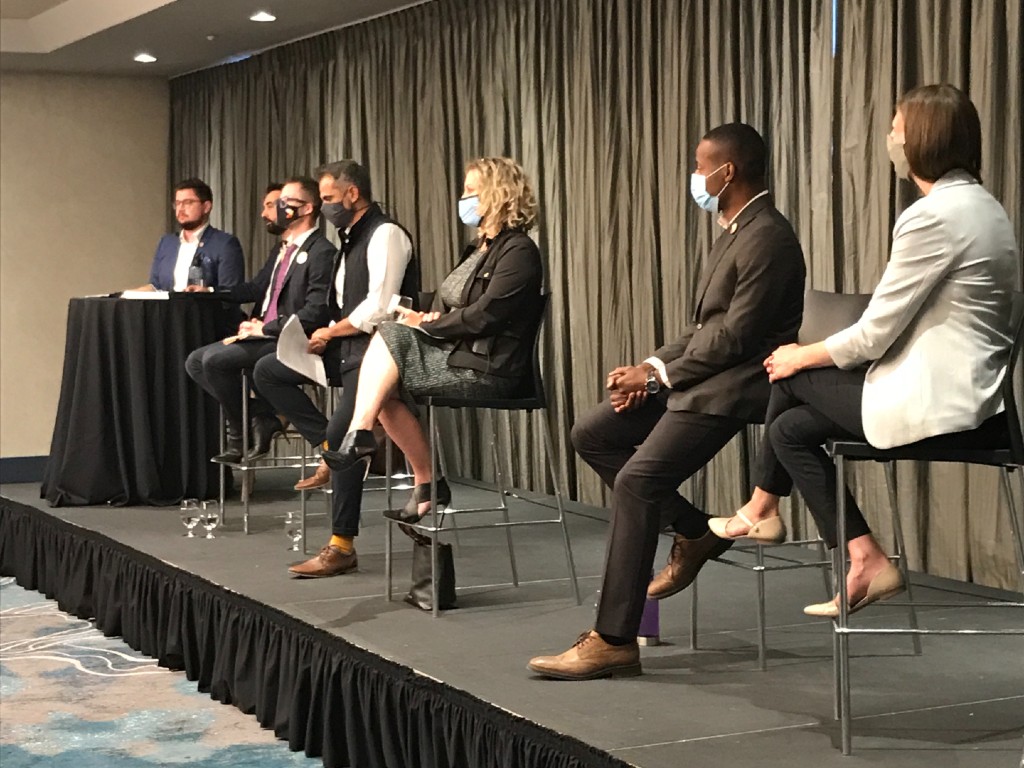