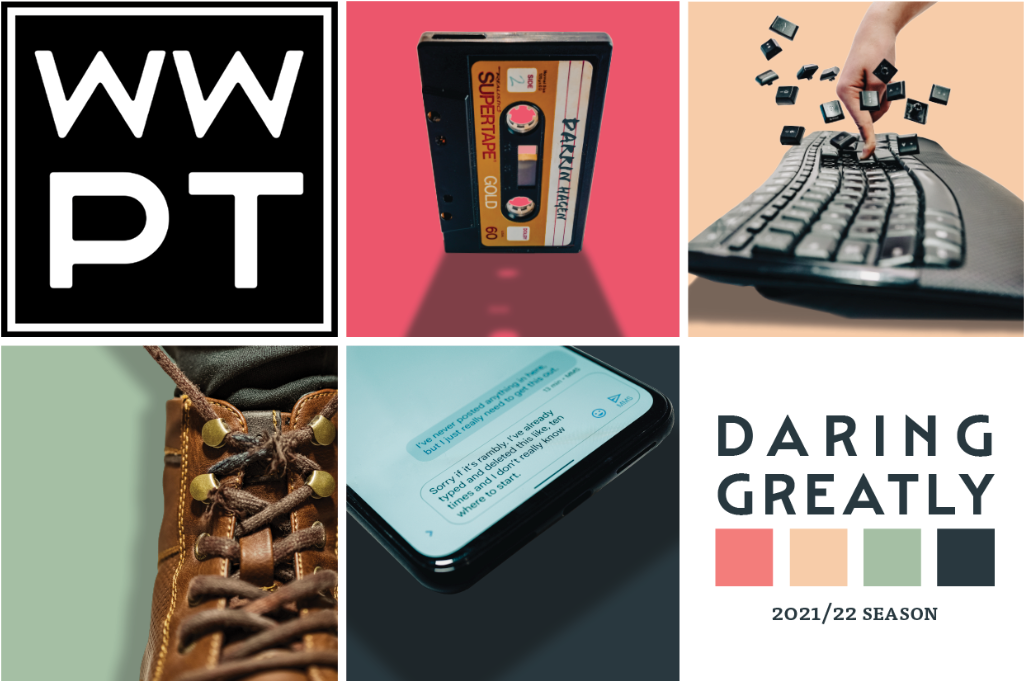 Acclaimed performer Darrin Hagen fell in love with music at the age of seven, with a visit to his grandma's house that found him toying around on a piano.

"I figured out On Top of Old Smokey and I did it really fast," Hagen told Taproot. "Even my great aunt, the music teacher, was amazed. She said to mom, 'You need to get that kid music lessons.'"

Those lessons led Hagen to a life as a composer, drag queen, author, and playwright — and now to the world premiere of Metronome, a new solo show that marks the beginning of a new season for Workshop West Playwrights' Theatre.

Throughout Hagen's life, music has been a prominent force, and the autobiographical Metronome collects memories and pivotal moments that surround — and were surrounded by — music.

"Every one of those pieces of music takes me to a very specific moment in my life, in my friendships or my relationships or my experiences," Hagen said. "When I go into that piece of music, all that stuff comes back. They're like doors or portals that you can time travel through." 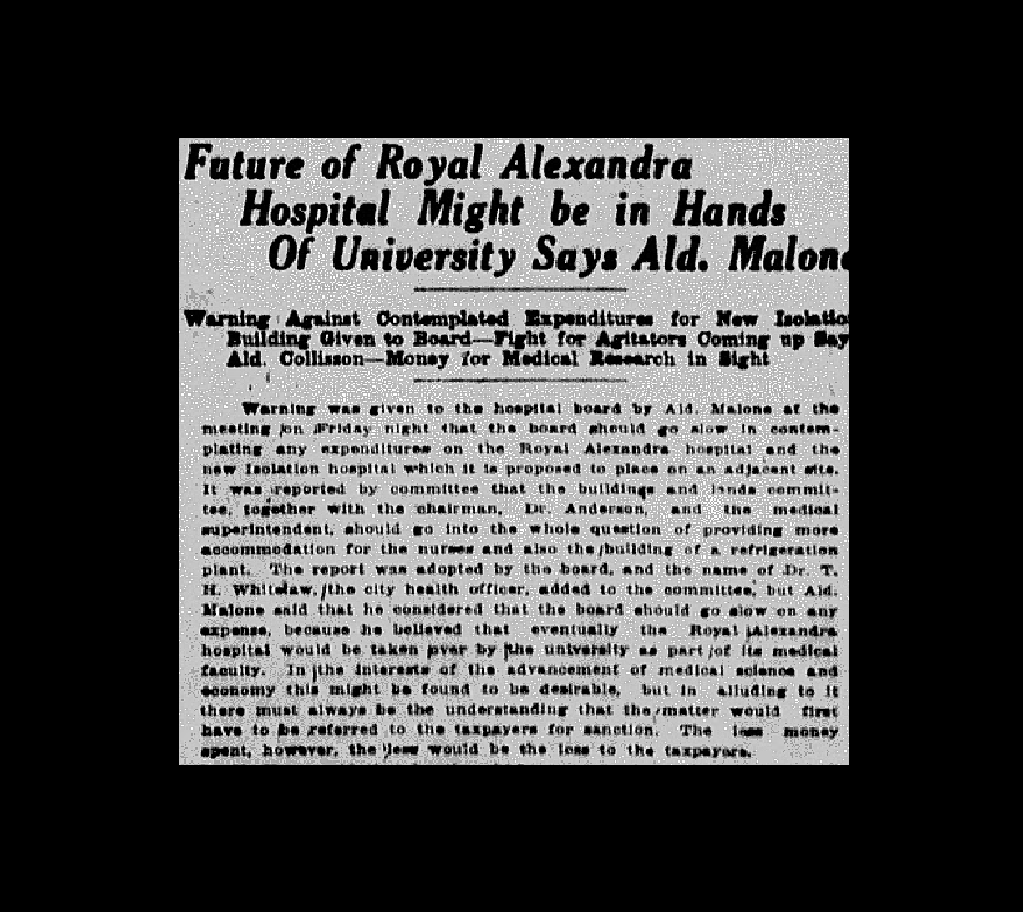 On this day in 1922, city leaders were debating the future of the Royal Alexandra Hospital.

At issue were plans for a new isolation building, to be erected beside the current hospital. While medical officials were in support of the idea, at least one city alderman, Thomas Malone, argued that any plans to expand should be done slowly. He believed that, in time, the Royal Alex would be taken over by the University of Alberta's medical faculty.

Malone's prediction didn't come true; the U of A had already been running its own hospital for more than a decade at that point. The isolation ward did get built, adding another 100 beds to the Royal Alexandra.

The Royal Alex opened in 1900 as the city's general hospital on 97th Street and 103A Avenue. The original building only had room for 25 beds, which would soon prove inadequate for the rapidly growing city. A new facility was built in 1912 on 111th Avenue, where the Glenrose Rehabilitation Centre now sits. (By that time, it had already been given its regal moniker by King Edward VII, who named it after his wife, Queen Alexandra.) The isolation ward expansion brought the final number of beds at the hospital to around 250.

Those additional beds would be needed in 1953 when Edmonton was struck with a devastating outbreak of polio. The Royal Alex became the main centre of treatment for the ill. Doctors and nurses described an exhausting and gruelling year. At one point, more than a hundred patients were on respirators and dozens encased in iron lungs, while medical staff had to deal with equipment shortages and occasional power outages.

Another large expansion was completed beside the existing hospital in 1963 — patients would be transported between the two halves of the hospital via a tunnel that ran underground. The hospital has continued to grow and change to meet the needs of the city that surrounded it, with additions that include training centres, coronary clinics and a women's hospital-within-a-hospital. In 2018, the Royal Alex opened the first hospital-based supervised safe consumption site.

By the 2010s, workers and critics argued that parts of the facility were obsolete. While some renovations and improvements have been made, the plan to overhaul the hospital could take another decade.

Like every hospital in the province, the Royal Alexandra has struggled with the pressures of the coronavirus pandemic. Packed COVID wards and staff shortages led to cancelled surgeries and closed beds in the summer, as Delta variant cases spiked. In scenes reminiscent of the 1953 polio outbreak, hospital staff have been pushed to exhaustion caring for the flood of patients; two weeks ago, military nurses were dispatched from the Canadian Armed Forces to take over shifts in the intensive care unit. They're expected to remain at the Royal Alex until the end of the month. 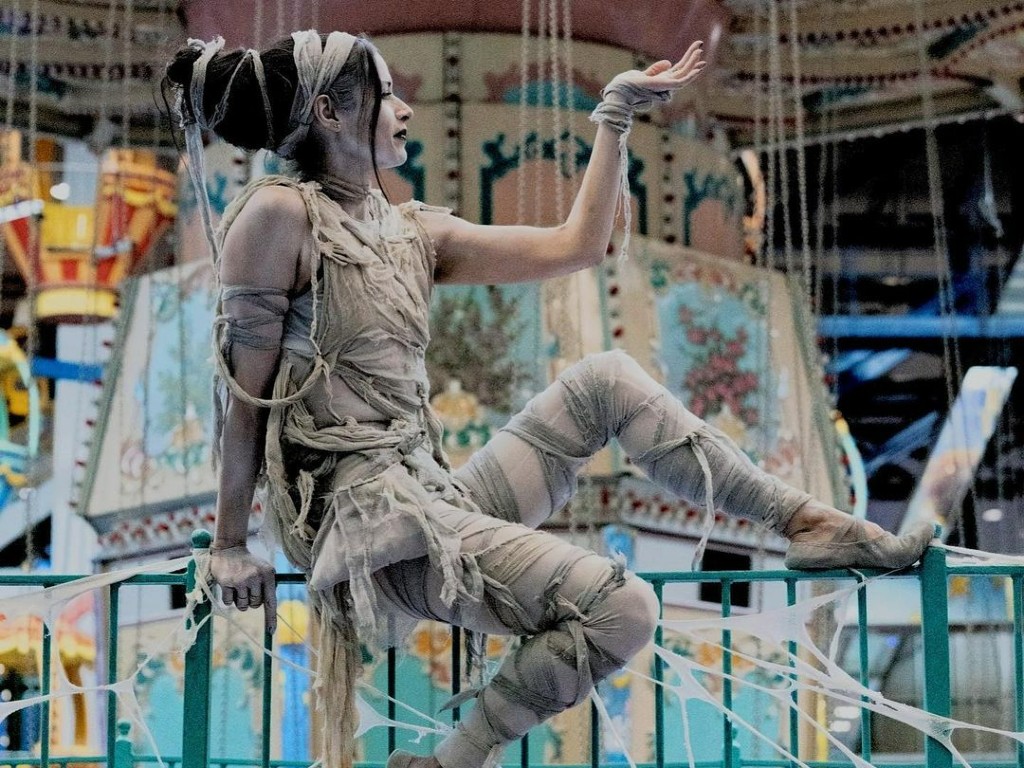 Photo: Fright Night at Galaxyland keeps the music loud and the lights down low. (WEM/Instagram)