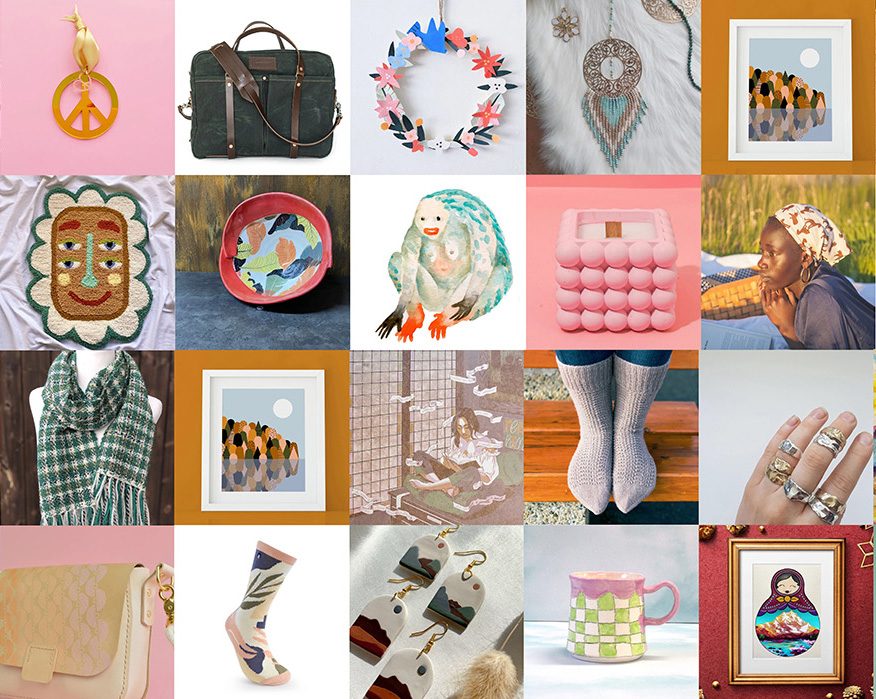 Royal Bison returns in person, just in time for the holidays

A mainstay in Edmonton's craft fair scene is back for the holiday season, and it's happening in person for the first time since before the pandemic began. Royal Bison kicked off its online sale last week and will return to the Old Strathcona Performing Arts Centre on Dec. 3-5 and Dec. 10-12.

"It'll be slightly different, but that community feeling will be there. And the incredible work will be there," said Vikki Wiercinski, who is the lead organizer behind the Royal Bison and a designer with her own Mezzaluna Studio.

Supply chain challenges around the globe have led to warnings that it might be difficult for holiday shoppers to buy the gifts they want when they want them.

The crunch has affected the Royal Bison somewhat, in that it's been challenging to access Square credit card readers for the door, and some vendors have had trouble getting supplies. But for the most part, materials have been available in the smaller quantities makers need, Wiercinski said. Plus, since they buy them locally, it's a boost to the local economy as well, which is especially important a year and a half into the pandemic.

"(Makers) rely on sales to continue doing what they do and to continue paying the rent every month," Wiercinski told Taproot.

"We really all need to shop local, it is so important right now in the economy. One way to do that is the Royal Bison but honestly ... just spend your money at something you're sure is independent this season. The effect of that will be really big." 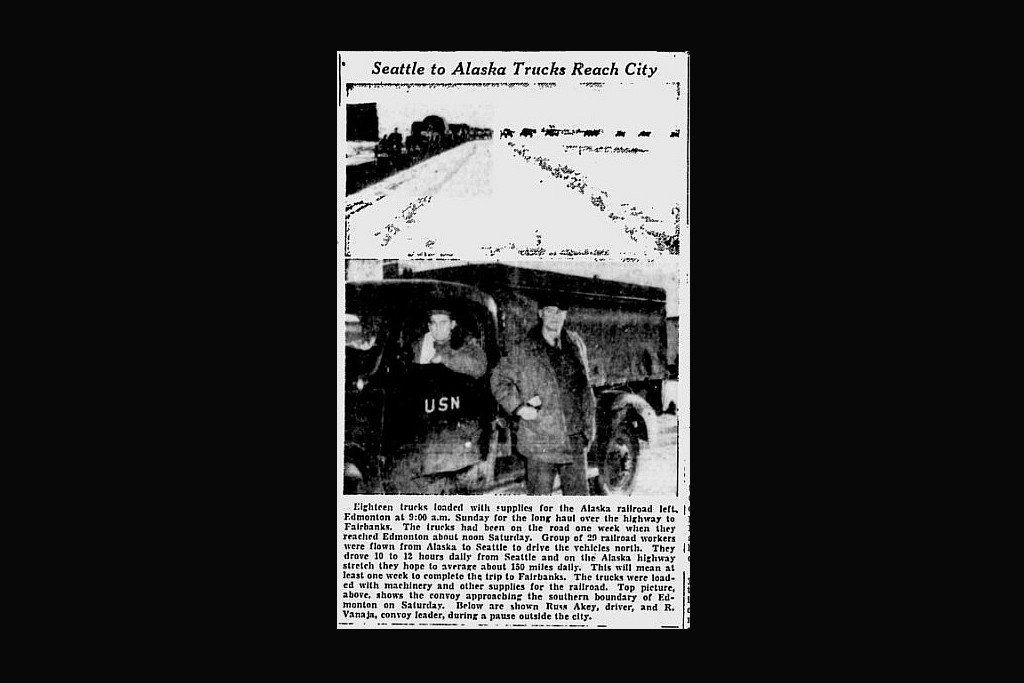 On this day in 1946, 18 trucks full of railway supplies had just left Edmonton to make their way along the often treacherous route to Alaska.

The convoy was packed with steel, wood, and workers bound for Fairbanks to construct a railway, a journey that would take them about a week. It was a trip that had only become possible a few years previous when Edmonton became a major part of a project that would change the relationship between Canada and the U.S. forever — the Alaska Highway.

The idea of a road connection between the lower 48 and the northernmost state was first proposed in the 1920s. While American leaders were keen on the idea, both for economic and defence reasons, Canada was less enthusiastic. The federal government didn't feel the benefits to Canada would be worth the cost of construction. As well, there was worry that the highway could cause Canada to become entangled in U.S. military conflicts.

Many of those concerns dissolved following the 1941 attack on Pearl Harbour. The ability to supply and defend Alaska was seen as a priority for both countries. In early 1942, Canada and the U.S. agreed on a proposal where America would cover the costs of the road, which could then be handed over to Canada when the war ended.

The Alaska Highway (also called the Alaska-Canadian or Alcan Highway) was built at a phenomenal pace. The original 2,700-km route was built in just eight months, a sign of its importance to the war effort. Although some claim Edmonton as the start of the highway, its true origin point is in Dawson Creek, B.C. Still, Edmonton played a vital role as a supply base.

Two other major wartime projects centred in Edmonton at the same time. The Canol Pipeline was being built to ensure Japan couldn't easily cut off oil shipments to Alaska. And the Northwest Staging Route turned Blatchford Field into North America's busiest airport, ferrying supplies from the U.S. to the Soviet Union.

These projects brought a flood of American military members and civilians — almost 60,000 lived in or passed through Edmonton during this time. Thousands of them would end up marrying locals. The U.S. military took over several Edmonton landmarks to use as office space, including Government House and the Empire Theatre. A quarter of the city's workers were at some point hired by the American visitors, and unemployment was nearly non-existent.

In 1946, Canada took over the section of the highway within its borders, paying the original construction costs. Two years later, the Alaska Highway was opened to public traffic. It still serves as an important connection between the state and the rest of the United States. It also serves as a symbol of the tight relationship between the two countries, one that has been changed in recent years due to pandemic-related border closures. Last week, Canada loosened the rules around rapid COVID testing for short-term trips into the United States, though rising concerns about the new Omicron variant have once again brought up the question of how to handle arrivals from other parts of the world. 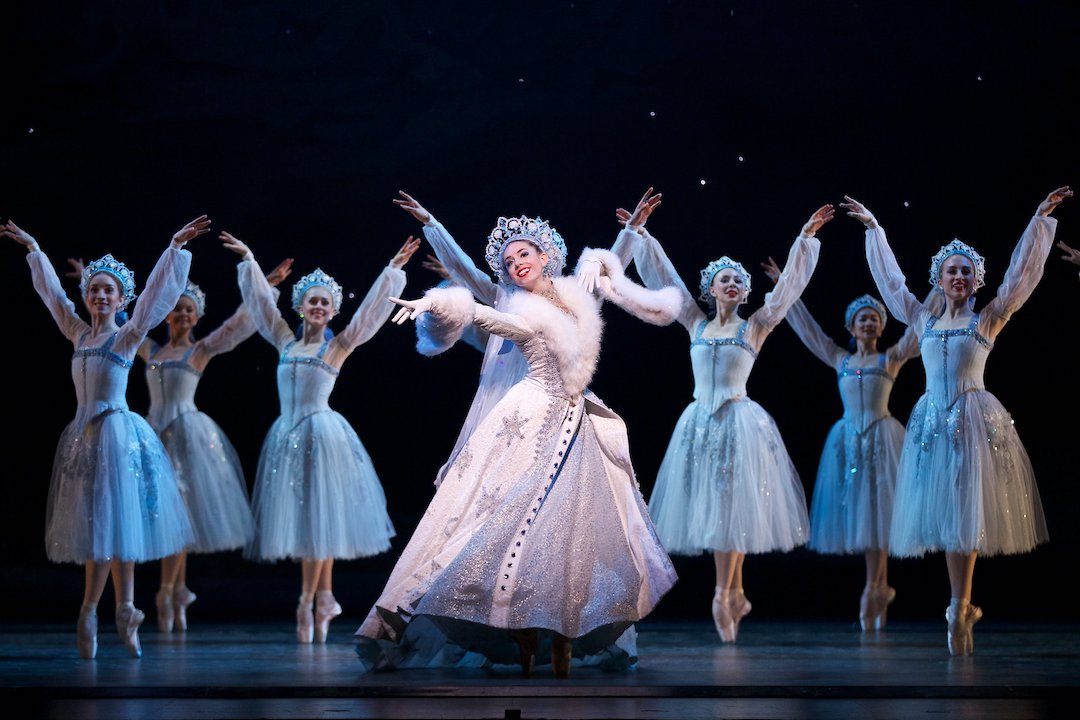 Photo: A performance of The Nutcracker in 2018. (Alberta Ballet/Paul McGrath)