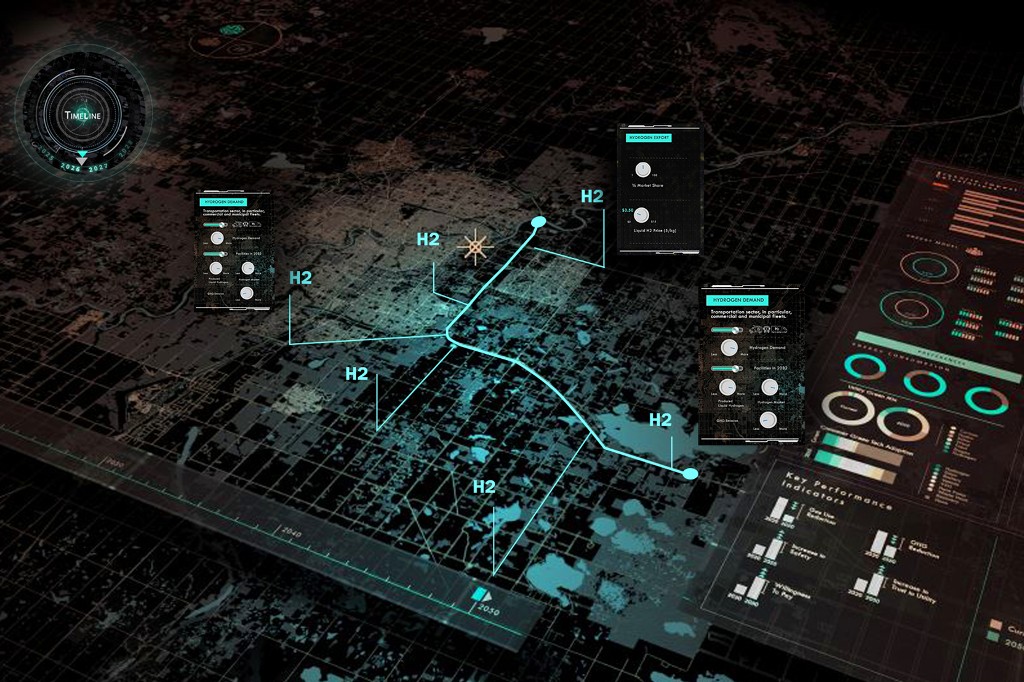 As hydrogen becomes an increasingly important part of the Edmonton region's economy and its net-zero ambitions, RUNWITHIT Synthetics (RWI) has created a way for stakeholders to envision the implications of such development.

The augmented-intelligence company has created a "synthetic Edmonton region," mapping out the built environments and populations of 14 municipalities and districts in the metro area. This helps decision-makers understand what the region will look like through to 2050, and how decisions made today will compound in the future.

"We had a very early and enthusiastic champion with Edmonton Global, who brought together agencies and institutions and different sectors in the Edmonton region to sponsor the kickoff of how we synthesize the region and then make that a synthetic environment available for interested stakeholders who have questions," RWI co-founder and CEO Myrna Bittner told Taproot's Bloom podcast.

Mapping out the implications of hydrogen was one of the first uses of the synthetic Edmonton region, some of which was presented last April by Edmonton Global in conjunction with the Canadian Hydrogen Convention.

"We utilize that environment already to look at things like the phasing of hydrogen, the workforce around hydrogen and energy, and how that might shift and grow," Bittner said, adding that RWI has also looked at the use of hydrogen in heating and heavy-duty trucks. "There was some really exciting work done there."

The City of Edmonton has a carbon budget, for which it has received both criticism and awards. Bittner suggested that RWI's holistic platform might be a better way to consider the climate implications of every decision.

"Everything we do, we can measure its impact on emissions," she said, listing factors such as carbon pricing, changing consumer behaviour, electrification, heat pumps, or the tree canopy. "We can take several approaches where we say ... 'What is your target?' And then we can actually look at and configure and sandbox the things that might get them closer or farther." 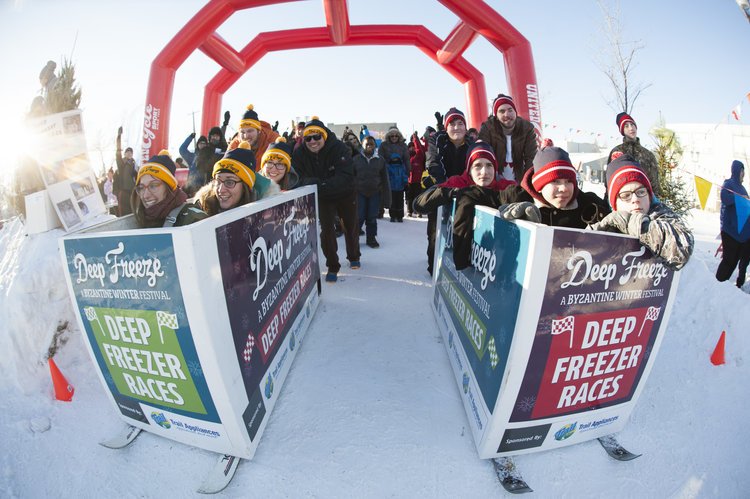 This weekend offers Afro-fusion, star-crossed lovers, a beloved winter festival, a tasty way to welcome the Year of the Rabbit, and a big meet for swimmers and runners.

Photo: The Cool Runnins' Deep Freezer races are among many activities taking place along Alberta Avenue this weekend. (Deep Freeze).