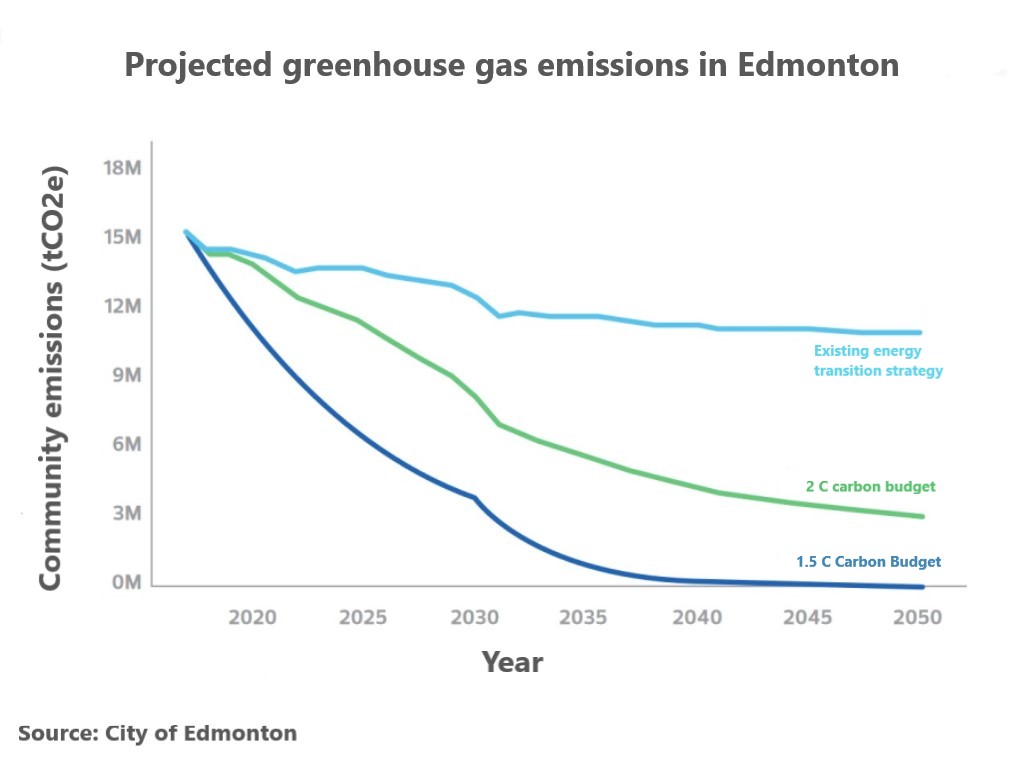 Council's executive committee endorsed a revised climate plan on April 12, which includes a $100 million annual investment into energy-efficient buildings, active and mass transportation, and green incentives for businesses and individuals.

"We are going to need to unleash all of the economic capacity ... to make this transition," said Mayor Don Iveson.

The revision to the Community Energy Transition Strategy was based on the International Panel on Climate Change's (IPCC) goal of limiting the global average temperature increase to 1.5 C. In 2019, the city declared a climate emergency, which included a commitment to align the city with this goal.

This chart shows several projections of Edmonton's community emissions outlined in the revised strategy. The new plan puts Edmonton on the bottom path, while the initial Energy Transition Strategy, approved by council in 2015, leaves the city well above the IPCC's targets. The third projection would align the city with the softer goal of limiting global warming to 2 C, as outlined by The Paris Agreement.

“Our risk of urban flooding may double, we’ll experience more frequent and intense weather events and our ecosystem will change,” she said.

The committee voted unanimously to endorse the revised strategy, and it will head to council for final approval next week.

This chart is part of Taproot's contribution to Covering Climate Now, a global journalism initiative committee to more and better coverage of the defining story of our time. For more discussion on the local response to this issue, sign up for our listening session on April 22.