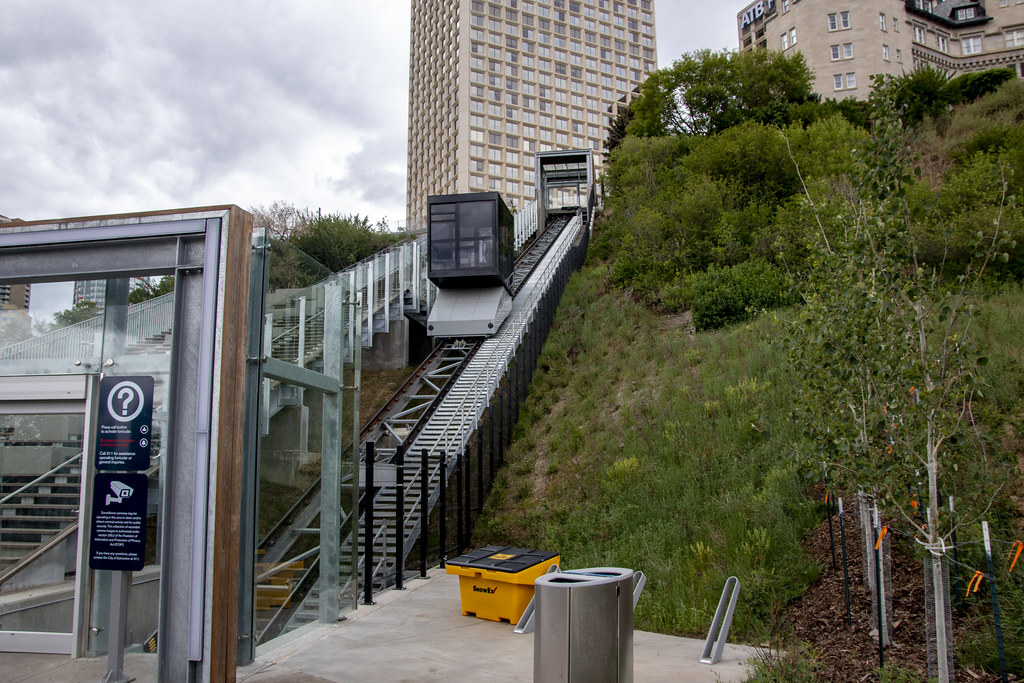 In Episode 138 of Speaking Municipally, hosts Troy Pavlek and Mack Male discussed the 100 Street Funicular which was closed recently due to high temperatures.

According to the City of Edmonton, the funicular will stay closed whenever the temperature is 30 C or higher as the sealed cab can get very hot, reaching temperatures as high as 50 C. It has also closed numerous times with temperatures colder than -25 C, though a number of enhancements were made in 2019 in an attempt to better deal with cold weather.