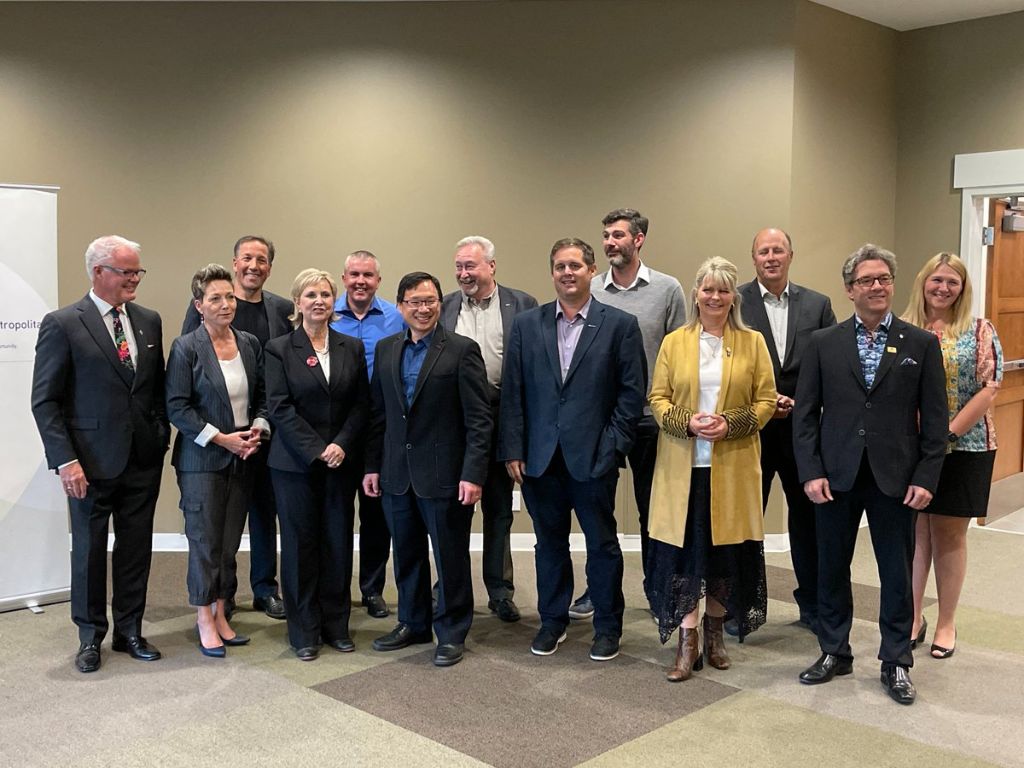 Mayoral races in the region begin to take shape

Edmonton's municipal election is on Oct. 18, and residents of the surrounding municipalities will also vote in their respective local elections that day.

Mayors of the 13 largest municipalities in the region make up the Edmonton Metropolitan Region Board. Of the mayors currently on the board, seven are seeking re-election, three have said they aren't (including Edmonton Mayor Don Iveson), and two have yet to announce whether they plan to run. Councillors in Leduc County appoint a mayor from amongst themselves after the election.

Here's a look at who's running for mayor in the 12 largest municipalities around Edmonton:

Beaumont: Incumbent John Stewart is running for re-election in a three-way contest. Other candidates for mayor include first-time councillor Bill Daneluik and Beaumont resident Coreina Hubert.

Devon: Incumbent Ray Ralph is seeking a second term. The city's website does not list any other candidates running for the position.

Fort Saskatchewan: Gale Katchur, who has been mayor since 2010, is running for her fourth term. The other candidate for mayor is Deanna Lennox, a Fort Saskatchewan city councillor and former RCMP member.

Leduc: Mayor Bob Young is running for his second term. Previously, he served as a city councillor since 2004. The other candidate is Lynn Schrader, a local business owner.

Leduc County: Leduc County council appoints a mayor from amongst themselves following an annual organizational meeting in October. Mayor Tanni Doblanko is running again as councillor for Division 5.

We now know how close is too close when a motorist is passing a cyclist in Edmonton.

As of Sept. 30, drivers need to stay at least one metre away on roads with a speed limit of 60 km/h or less, and 1.5 metres on faster roads, after city council unanimously passed the safe passing distance bylaw that has been in the works since February. Drivers risk a fine of $250 if they fail to give bikes the prescribed amount of room.

"This is one of those bylaws that I'm like, 'This isn't already a bylaw? I'm surprised,'" said Troy Pavlek on Episode 145 of Speaking Municipally, Taproot's municipal affairs podcast.

The province's Traffic Safety Act says drivers must pass cyclists safely, but it doesn't define what that means. The bylaw brings some precision to the matter, though it's not really about the exact distance, co-host Mack Male suggested on the episode.

"People have horrible depth perception when they're parking; how are they going to know what a metre is when they're driving?" he said. "But give cyclists space — that's the point here."

Awareness is indeed the objective, rather than issuing fines, said Jessica Lamarre, the city's director of safe mobility. Motorists might find themselves behind a bike for a little bit, but that's what it means to share the road in a city aiming for Vision Zero.

"One of the biggest things here is patience," Lamarre told Postmedia. "Everybody take a deep breath, wait that five seconds you need until it's safe for you to pass, and do so with enough distance between you and the bike to make it safe."

Episode 145 of Speaking Municipally also takes a look at city council's decision to reactivate Edmonton's mask bylaw (which happened before Alberta reinstated a province-wide mandate), as well as increases to the city manager's signing authority limits and some accusations flying during the municipal election campaign.

Photo: A car comes up behind a cyclist in this screenshot from Safe Streets are for Everyone from the City of Edmonton. 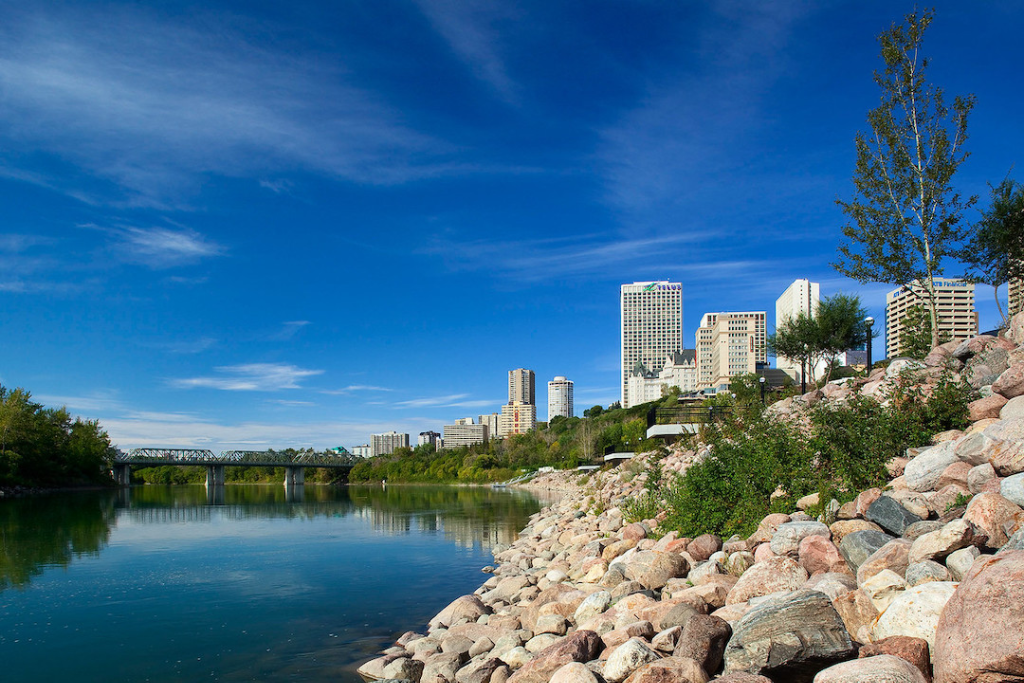 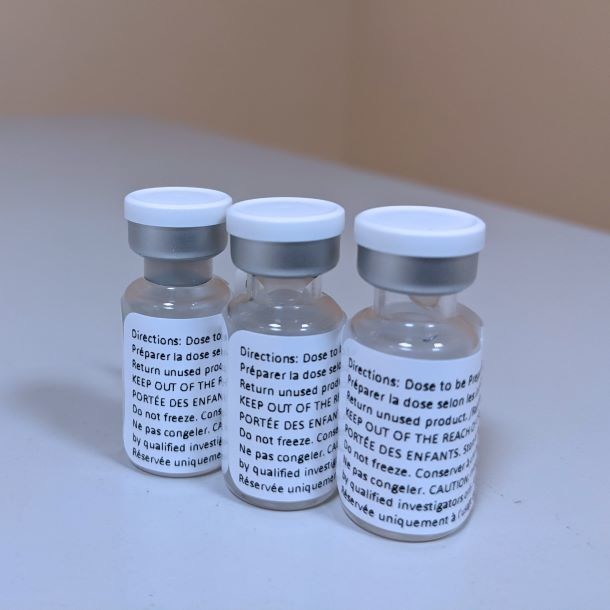 Entos Pharmaceuticals is one step closer to manufacturing its DNA-based COVID-19 vaccine after the company was granted approval to begin a Phase 2 clinical trial in South Africa.

The trial will be conducted at multiple sites across South Africa for four to six months and it will evaluate the safety, tolerability, and immunogenicity of Covigenix VAX-001.

"Reaching this important milestone gets us one step closer towards helping end this pandemic by providing a potentially effective and safe fridge-stable, single-dose vaccine against COVID-19 to under-vaccinated regions of the world," said Entos CEO Dr. John Lewis.

According to a statement by Entos, approval by the South African Health Products Regulatory Authority (SAHPRA) to start the Phase 2 clinical trial was based on successful pre-clinical and Phase 1 results. Multiple sites across South Africa will be used for the second trial.

"The vaccination rate against COVID-19 in South Africa will allow us to recruit (enough) people," Lewis told Taproot. "Many Albertans have expressed a huge interest in joining our trial, so we are working to open a site here too."

The University of Alberta spinoff company has been developing its vaccine since the beginning of the pandemic. Entos is using a Fusogenix nucleic acid delivery system, which the company said will help provide a robust response against SARS-COV-2, and potentially against future coronavirus threats.