Black Owned Market returns to Edmonton on strength of community

Rochelle Ignacio had almost everything in order a month before the planned return of Black Owned Market YEG. The co-founder of the market was doing her social media rounds, just like any day, when the BOM YEG Instagram glitched and presented her with a notification no event coordinator wants to receive — the account had been disabled.

Gone were 5,000 followers, along with Ignacio's main access point to volunteers, just 30 days before the market was set to come back.

"I was in disbelief, to be honest, because there was no reason listed as to why," Ignacio said. "We rarely reshare community-based content, so I can't help but feel this was targeted."

In a move she calls "going back to grassroots," Ignacio converted her personal Instagram to a new account for BOM YEG, advertised in the BOM YEG's newsletter, and most importantly, reached out to her community. Even with its primary connection to the public disabled, this year's market filled all volunteer vacancies, increased the number of vendors, and added new presenting partners. 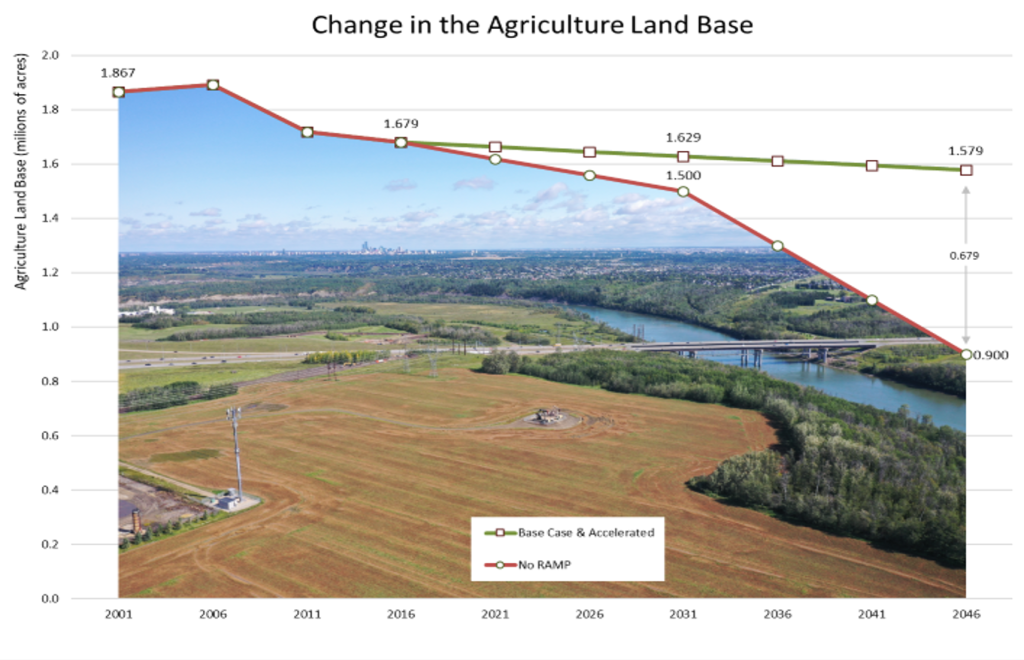 An Edmonton Metropolitan Region Board (EMRB) task force has endorsed the final version of a plan to grow the region's agriculture sector while preserving farmland.

The EMRB will vote to approve the Regional Agriculture Master Plan (RAMP) on Aug. 12, which will guide the region's municipalities and industries on agricultural policy and practices over the next 30 years.

Rod Shaigec, the task force's chair and mayor of Parkland County, said that protecting and growing the agriculture sector is especially important as the region's population is expected to grow substantially over the next few decades.

"Agriculture is recognized as a vital sector to support new sources of revenue, contribute to economic diversification, job creation, attract new talent and business, as well as the economic goods and services it provides — which will become increasingly important as we recognize the effects of climate change," Shaigec said.

In developing RAMP, the task force found that the amount of land in the region devoted to agriculture had declined from 1.87 million acres to 1.679 million acres from 2001 to 2016, and projected it would decline to 0.9 million acres by 2046.

"Our analysis showed us that the change in agricultural land base would be catastrophic," said Sharon Shuya, the EMRB's director of regional growth planning.

To help conserve farmland, RAMP requires municipalities to coordinate land-use decisions, including how to subdivide rural land, assess soil quality, and limit urban sprawl, and consider how all land-use decisions might affect farmland. If the EMRB approves the plan and its recommendations are implemented, the task force projects that the agricultural land base will only decline to 1.58 million acres by 2046.

"This partnership will enable our medical clinic to draw blood on-site, meaning patients won't have to go to a separate location for blood work," says a JPWC Facebook post. "Many of our patients struggle to find transportation, so minimizing the amount of travel required for appointments is extremely valuable to their health outcomes."

The Jasper Place Wellness Centre, located on Stony Plain Road in west Edmonton, runs a medical clinic that provides primary care services similar to what a family doctor would provide. Staff noted that more than half of testing requisitions given to patients were going unfulfilled, said the news release about the partnership. That data gap put patients' health at further risk.

Health City facilitated a connection with DynaLIFE, which provided JPWC with the equipment required for centrifugation, a technique used to separate cells from the liquid components, in order to preserve samples until they can be transferred to a laboratory for processing.

The partnership is innovative because "we're changing how we deliver care," said Health City CEO Reg Joseph, calling this the start of a big opportunity to empower more caregivers.