We're back! We hope you enjoyed the long weekend, despite last night's disappointing loss. For those of you that missed it, the Oilers were eliminated from the playoffs yesterday. More on this and other Edmonton news. 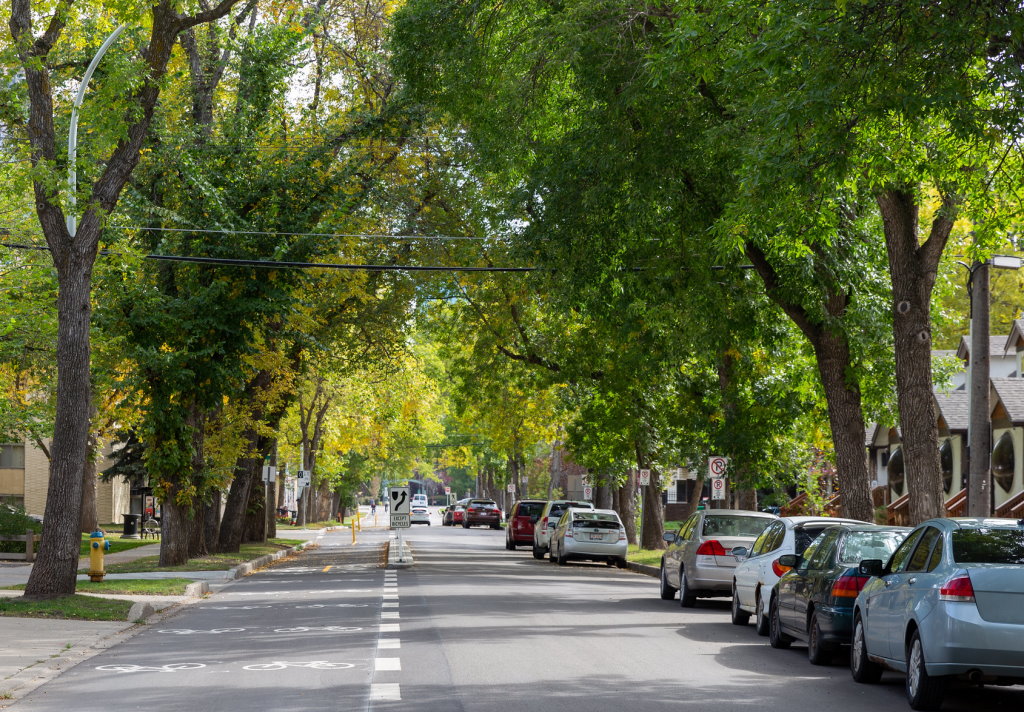 A new Public Tree Bylaw would help preserve and protect trees located on public land if approved later this year.

Edmonton's urban forest includes approximately 380,000 boulevard and open space trees and more than 3,000 hectares of natural stands, according to a report that will be discussed by council's urban planning committee on May 25.

Mature trees (defined as having a trunk diameter of at least 40 cm and a height of at least 1.2 metres) account for 15% of those trees and are estimated to be worth over $900 million. Administration says that mature trees alone provide ecosystem benefits of over $10 million each year and that "a strong protection mechanism" is essential "for the sustainability of the urban forest."

The proposed bylaw would consolidate requirements related to public trees and would introduce a new tree permit system to regulate work near trees and to help prevent tree damage or loss on work sites. A permit would be required for any work conducted within 5 metres of the trunk of a boulevard or open space tree or within 10 metres of the boundary of any natural tree stand. Fines for violations of the bylaw would start at $250.

Edmonton has required developers to submit tree protection plans for some kinds of activities since July 2017, but administration says that only "a small percentage of work activities" around city trees are currently captured. Furthermore, it argues that the existing tools "are more reactive than proactive ... and have limited enforcement ability."

Between January 2019 and April 2021, administration says it found 196 work sites that were left in poor condition with different levels of damage to city trees.

Administration says it is considering an application fee for the tree permit program to cover administrative costs. The idea of adding tree protection requirements to existing permits such as development permits or OSCAM permits was explored and rejected in part because administration felt it might "substantially increase the review times" and could "end up increasing red tape rather than reducing it."

Recommendations for the permit fee and a funding request to operate the program will be included in a future supplementary budget adjustment. Administration anticipates returning to council later this year for formal approval of the bylaw. 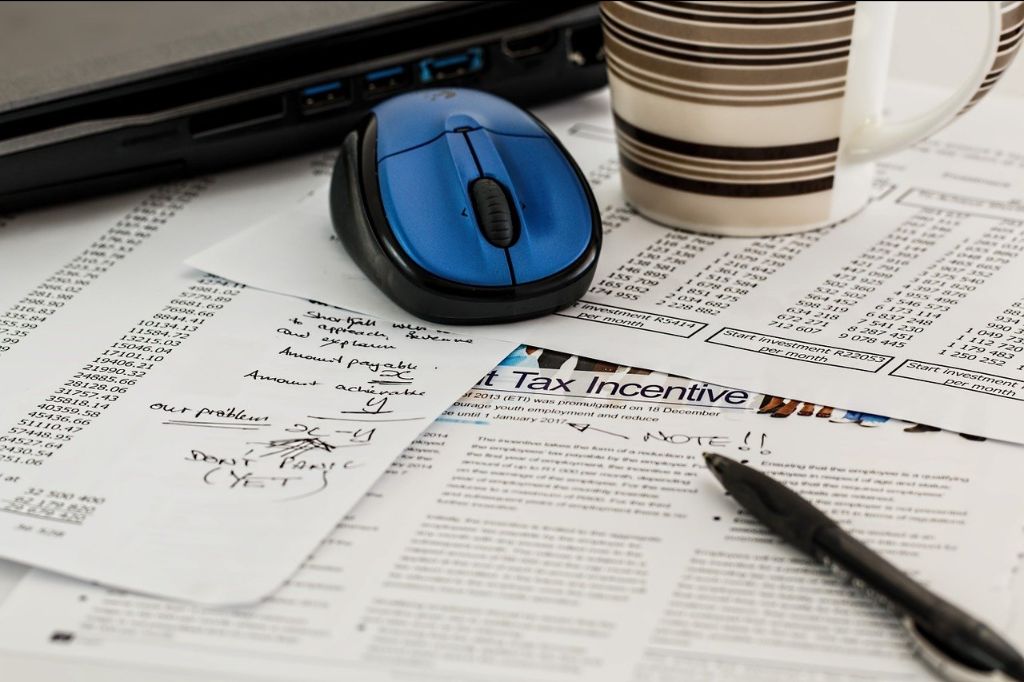 Startup Edmonton's latest Propel cohort is wrapping up the 12-week pre-accelerator program and preparing to launch into the city's startup community.

Eleven companies took part in the third iteration of the program, which is "designed to support tech entrepreneurs as they solidify their business foundations and prepare to apply for accelerators, secure investment, and increase revenue."

The companies are preparing to participate in the virtual Propel Showcase on May 27, which will be co-hosted by Startup TNT. The event will feature live pitches plus an opportunity to celebrate the completion of the pre-accelerator, and network with the broader Edmonton startup community.

Sketchdeck.ai, a company focused on "accelerating the adoption of AI in design and construction," was part of the third cohort.

"The support came at the right time for our startup," said Sketchdeck.ai's Daniel Kamau.

"The sessions were great and the guest speakers, mentors, advisors, and coaches all provide unique advice that was instrumental in accelerating our growth. We were able to grow our customer base and narrow down our value proposition all through the advice of the Startup Edmonton community." 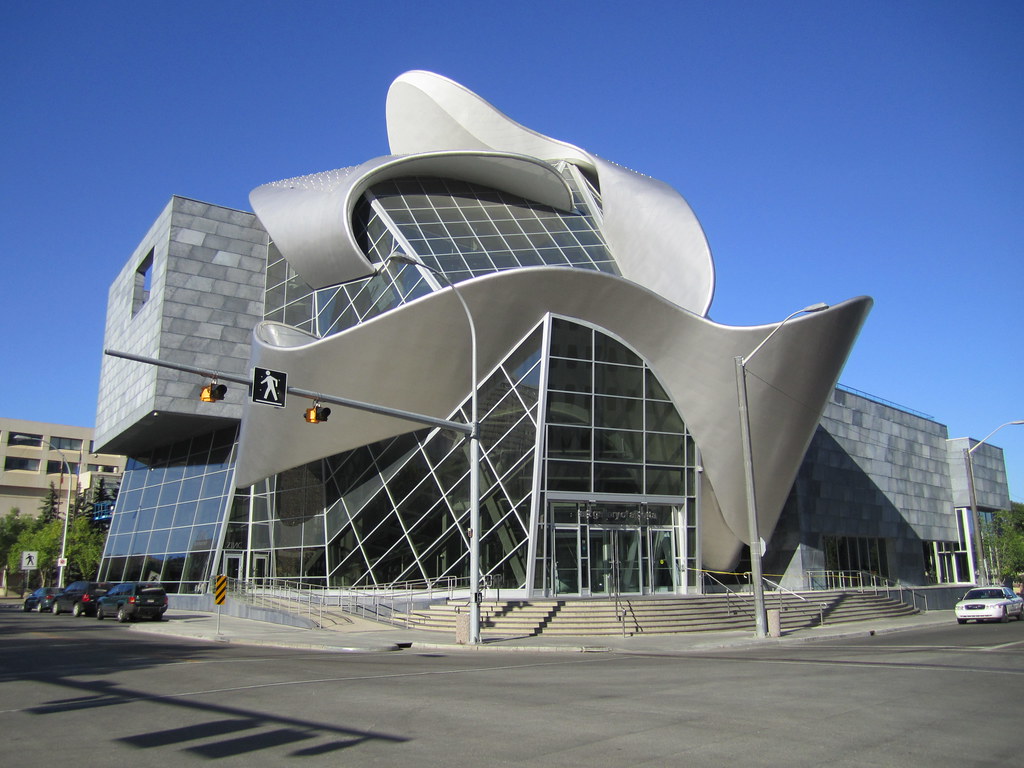 Prairie Catering is now the exclusive provider of food service, events, and facility booking at the Art Gallery of Alberta, according to a news release. The partnership includes the space that houses Zinc Restaurant.

"Our goal with the new space is to inspire and usher in a new wave of hospitality concepts in Edmonton," said Prairie Catering owner Jimmy Shewchuk. "Considering the disruption throughout the pandemic to the hospitality industry, I believe we have a unique opportunity for new ideas to emerge as we experience yet another hospitality renaissance."

When the pandemic shuttered restaurants in March 2020, Zinc temporarily shut its doors but never did reopen even after restrictions lifted in the summer. The last chef who helmed the restaurant, Doreen Prei, shared in October 2020 that the restaurant had permanently closed. 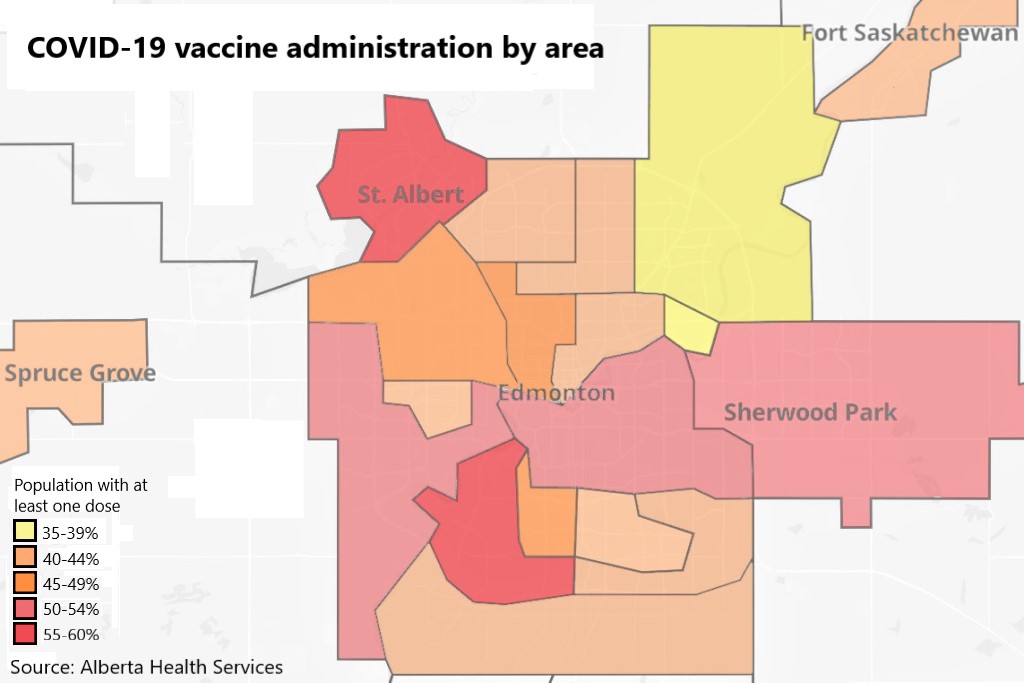 Edmontonians living in different areas of the city are getting vaccinated at different rates, according to new data from Alberta Health Services (AHS).

AHS recently began publishing data showing how many doses of the COVID-19 vaccine have been administered in each "local geographic area." These are artificial boundaries set up by AHS for planning health services, and do not line up with Edmonton's neighbourhood boundaries.

This chart shows the percentage of the population within each local geographic area in Edmonton, as well as a few other urban centres in the region, that have received at least one dose of the vaccine. As of May 15, Abbottsfield residents are less than two-thirds as likely to be partially vaccinated as Twin Brooks residents, because only 37.1% of the population there has received at least one dose, compared to 56.2%.

There are many factors that could influence why one area is getting vaccinated slower than another. A higher concentration of clinics and pharmacies offering the vaccine would lower wait times for nearby residents and allow for easier access, as would being closer to the mass vaccination site at the Edmonton Expo Centre. The median age of the area would also have an effect, since older age groups have been eligible to receive the vaccine in Alberta for a longer period of time.

Dr. Gabriel Fabreau, an assistant professor of medicine at the University of Calgary, says that a large part of the inequity has to do with median income. Fabreau told CTV News last week that Edmonton's lower income areas tend to be getting vaccinated slower than more affluent areas. He explained that lower-income neighbourhoods face more barriers to accessing vaccines, like transportation, internet literacy, and time, and are more vulnerable to the virus as a result.

"We've essentially set up a vaccine hunger games," he said.

When compared to federal census data from 2016 (the most recent year available) that shows median income by neighbourhood, the lower vaccination rates line up with low-income areas in many cases. The neighbourhood of Abbottsfield, which falls within the local geographic area, has one of the highest rates of low-income households in the city, at 28.3%. Meanwhile, only 6.1% of households in Twin Brooks are low-income.

Many of the city's other low-income neighbourhoods, such as Queen Mary Park, Boyle Street, and McCauley fall within the area of Eastwood, which has the fourth lowest percentage of vaccinations in the city at 41.9%. Belgravia, Walterdale, and Grandview Heights — some of the neighbourhoods with the highest incomes — are situated mostly inside the area of Bonnie Doon, which is second highest in vaccinations at 53.1%. 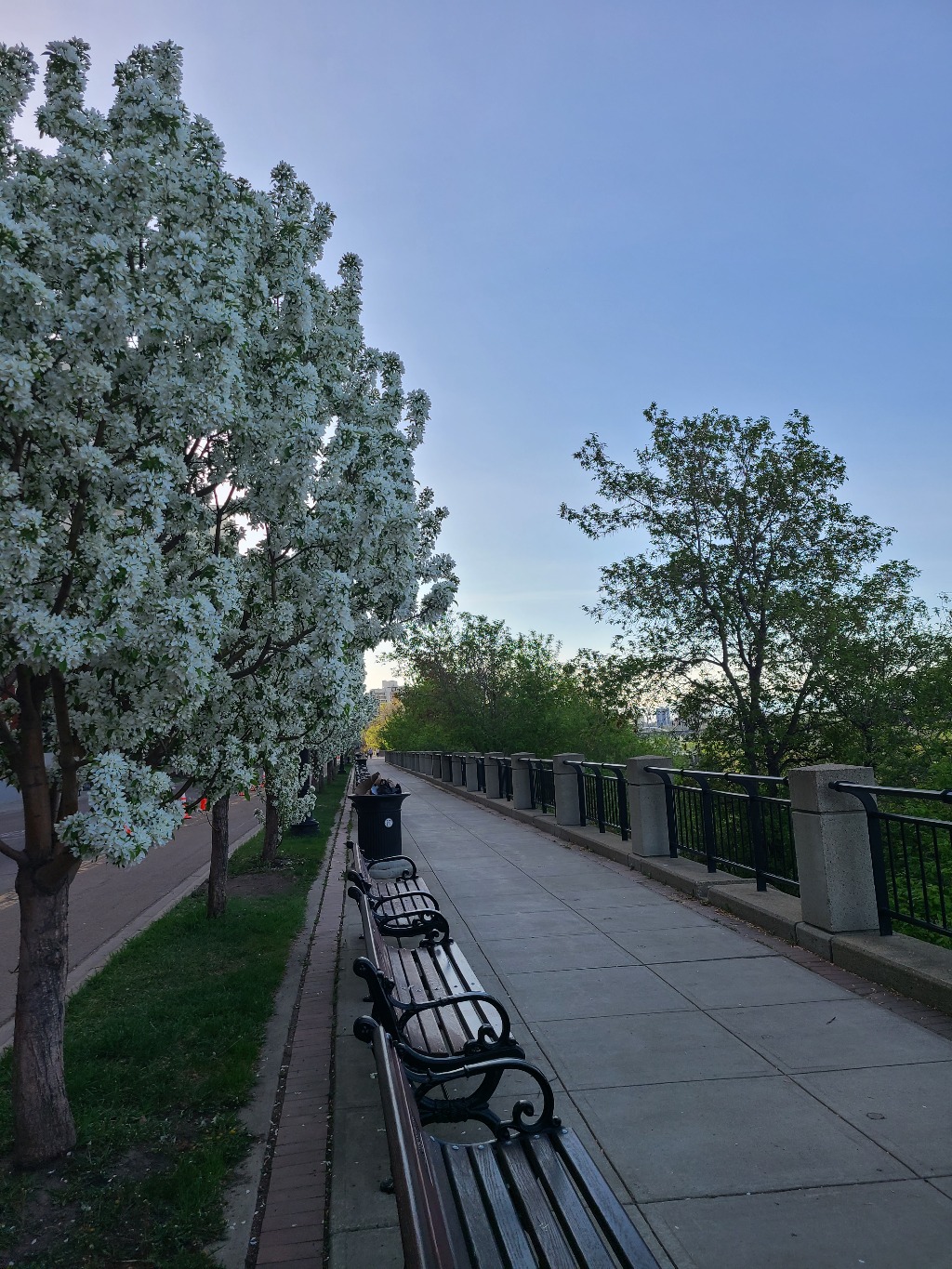 Thanks to Jennifer for sharing her photo with us! 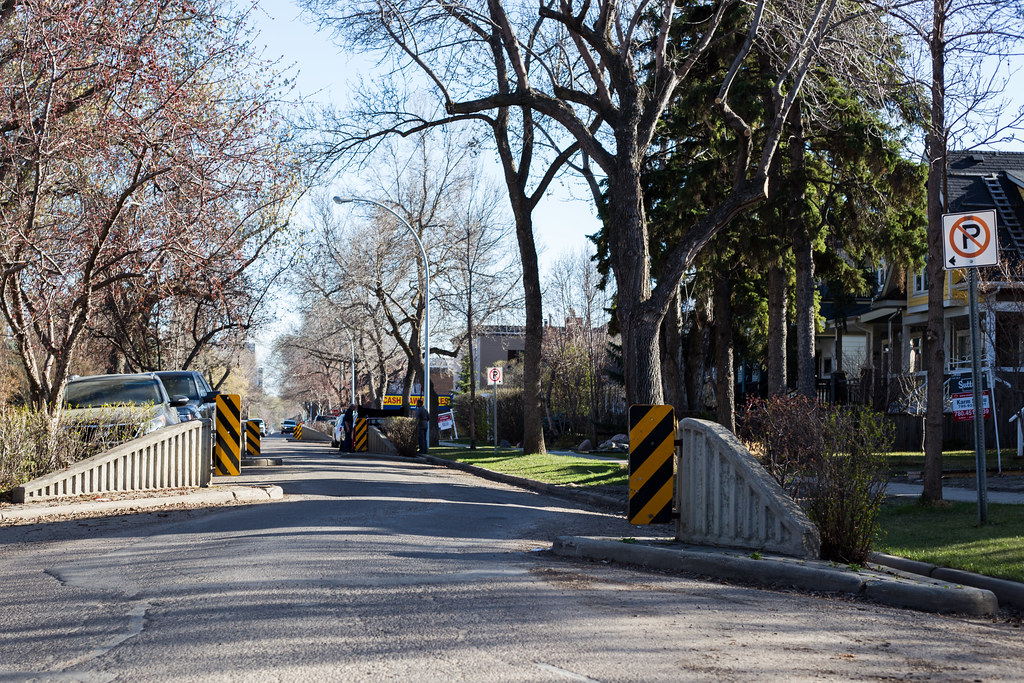 The City of Edmonton's 2020 Vision Zero Annual Report shows that since 2015, fatalities on Edmonton streets have decreased by 63% with serious injuries falling by 40%. There were still 12 fatalities in 2020 however, down from 14 in 2019.

The report also highlights infrastructure improvements made over the last five years and those still to come. Over 80 communities have indicated an interest in creating a Vision Zero Street Lab, the city said in a tweet. Starting this August, the speed limit on most residential streets will drop to 40 km/h.